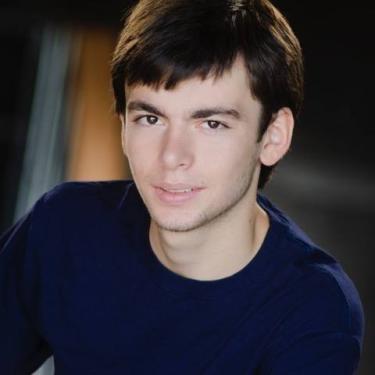 Philosophy major Alex Rosenthal is currently starring in the Boulder Ensemble Theatre Company's production of "The Curious Incident of the Dog in the Night-Time" at the Dairy Arts Center, which runs through May 19th. We asked him to speak a little about the play, and about his philosophical interests, and how they work together. Here's his answer:

"The Curious Incident of the Dog in the Night Time is about a very socially challenged but mathematically brilliant boy named Christopher who finds that his neighbor's dog has been murdered and decides to find out who did it.

I'm a junior majoring in Philosophy in the values and social policy track. My main interest is in ethical theory, and I'm currently planning for my honors thesis, which I'll work on next year, and which I think will be on developing a new ethical theory meant to solve a few age old ethical problems like how to compromise between different sets of values without being arbitrary.
I've always been interested in philosophy, and I've always been interested in acting. I don't generally use either to help my pursuit of the other, but I think what draws me to both of them is that I have a lot of curiosity and a desire to understand things and resolve apparent contradictions. In acting, I get to do that with a character, a person, and in philosophy I get to do it with theories about ethics, politics, truth, and just what it's all about, really, when you get right down to it."
Return to the top of the page