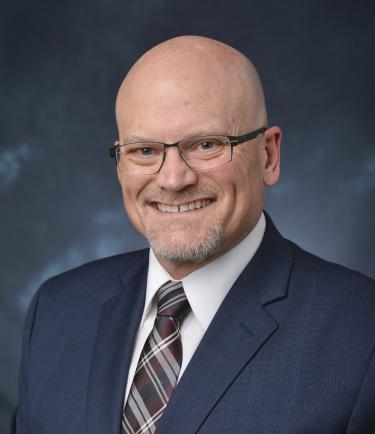 “I’m delighted to announce John Davis as dean of the College of Music,” said Moore. “He has impressed me with his dedication, his capacity to listen and build consensus, and his strong community-based vision for the college. I look forward to supporting his efforts to take the College of Music to the next level of excellence.”

Davis, a professor of music at CU Boulder, has been the senior associate dean of the College of Music since 2012. He also served as the acting dean from July to December 2019. He directed the College of Music’s jazz program from 1999 to 2011. Prior to his appointment at CU Boulder, he served as an assistant professor and assistant director of jazz studies at the University of Northern Colorado.

“I am honored by this appointment beyond words,” said Davis. “I am eager to begin work with our faculty, staff, students, alumni, donors and loyal audiences to help the College of Music realize its highest aspirations as a world-class center of music study, research and performance.”

Davis succeeds Robert Shay, who has served as dean since August 2014. “Rob has been a tremendous asset to the College of Music,” said Moore. “I want to thank him for his leadership and his crowning achievement of the major expansion of the Imig Music Building.” Shay will return to the Musicology faculty in Jan 2021.

Since becoming dean in fall 2014, Shay has led the College of Music through a strategic planning process, culminating in the unanimous faculty approval of “The College of Music Advantage” strategic plan in 2016. In 2017, he launched the $50 million music+ fundraising campaign to help fund the initiatives in the strategic plan and the building of the 64,000 square-foot expansion to the Imig Music Building. The expansion, which opened this fall, includes new performance, rehearsal, classroom and studio spaces designed to help bring the CU College of Music’s facilities up to the level of excellence of its people and programs.

“I want to thank the members of the search committee for their hard work and commitment throughout this process,” said Katherine Eggert, senior vice provost for academic planning and assessment and search committee chair. “The COVID-19 pandemic caused interruptions and delays, and I’m grateful for the committee’s willingness to persevere in spite of challenges we were presented.”

Assistant Professor of Composition Annika Socolofsky blends the realms of art and science through the Instrument Design Lab (IDL). The course offers a science-based context to instrumentation, sound and musical creation, giving College of Music students a foundation in the science of music. END_OF_DOCUMENT_TOKEN_TO_BE_REPLACED

It was a busy fall for the American Music Research Center (AMRC)! One of the... END_OF_DOCUMENT_TOKEN_TO_BE_REPLACED

Friends, My heart is heavy. Associate Professor of Violin Charles (Chas) Wetherbee passed away on... END_OF_DOCUMENT_TOKEN_TO_BE_REPLACED
Return to the top of the page