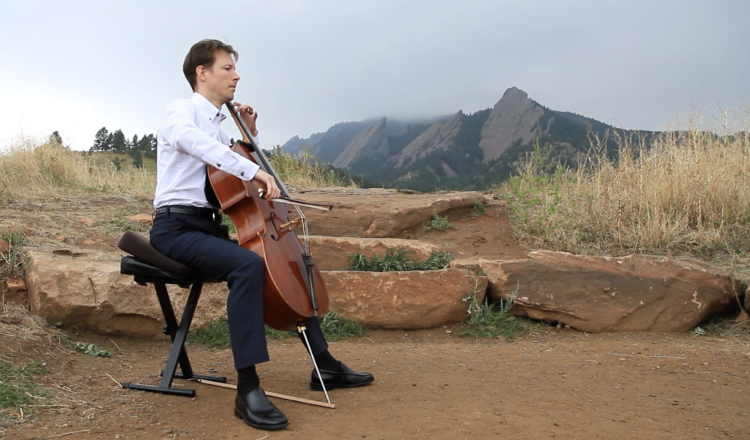 This fall, the College of Music returns to Weill Recital Hall at Carnegie Hall in New York for a captivating performance showcasing some of the college's most accomplished students.

For the second time since 2016, winners of the prestigious Ekstrand and Honors performance competitions will take the stage, along with graduate quartet-in-residence Ajax Quartet.

The program of chamber and solo works features both contemporary pieces and classical mainstays, including an original composition by CU Boulder alumnus Conor Abbot Brown.

“This is a really exciting group to get to work with,” said Brown, whose piece "Ladun hiihan laulajille" was written to celebrate the 100th anniversary of Finnish independence. “The title means ‘I’ll ski a trail for singers,’ and draws from Finnish culture for inspiration.”

This year, the College of Music entered into a partnership with the Sibelius Academy in Helsinki, one of the world’s most renowned music programs. Brown will accompany the same group of musicians on a trip to Sibelius for the Finnish premiere of "Ladun hiihan laulajille” before heading to New York City for their Carnegie Hall debut.

Alicia Baker, an alumna of the College of Music, sings and plays accordion on Brown’s piece. She says the trip to Carnegie Hall is one that she—and most musicians—has dreamed of.

“I am thrilled to be going to New York to play. For any musician or actress aspiring as they grow up, that’s kind of the known dream,” said Baker. “And to represent CU Boulder is really exciting.”

Several of the other performers on the program are the winners of the College of Music’s Ekstrand Memorial Graduate Student Performance Competition and the Honors Competition. These annual events are open to graduate and undergraduate students and carry with them prize money for the winners and opportunities for further performance, such as CU at Carnegie.

The concert is Monday, Nov. 5, at 8 p.m. in Weill Recital Hall and is open to the public. Tickets are $20 and can be purchased at carnegiehall.org.

Olivia Huizar Conner shares how her background inspires her to promote Diversity, Equity and Inclusion (DEI) in music. END_OF_DOCUMENT_TOKEN_TO_BE_REPLACED

Alumna Annie Booth shares how the College of Music continues to impact her career as an award-winning jazz pianist, band leader, composer/arranger and educator—and offers valuable career advice. END_OF_DOCUMENT_TOKEN_TO_BE_REPLACED
Return to the top of the page