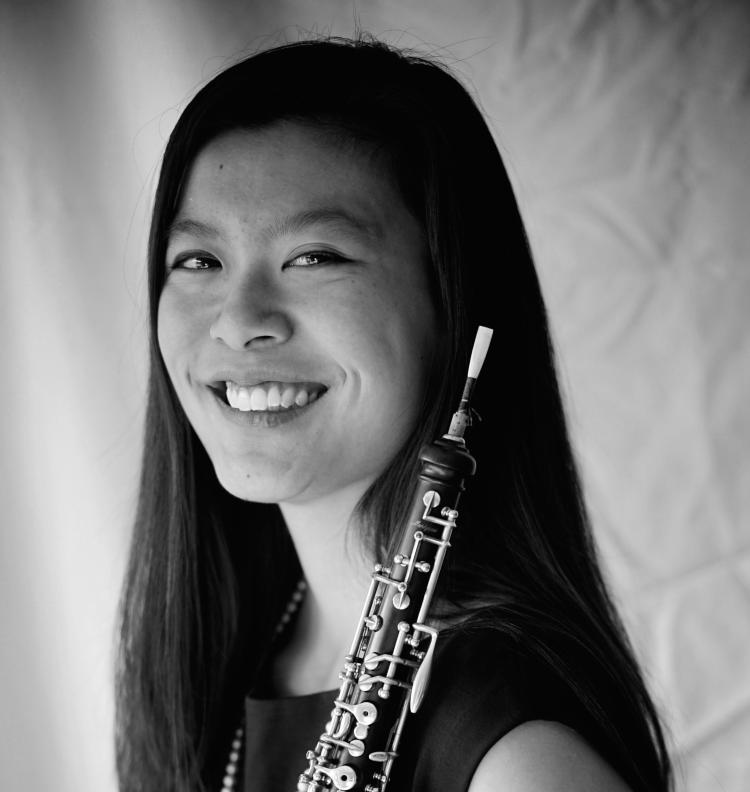 Fort Collins native Jordan Pyle considered going to other schools for her bachelor’s degree in music, but in the end CU Boulder was just too much of a pull for her.

“A big reason I wanted to come here was that the environment felt like me. I could explore other things if I wanted to, while going in-depth into music,” Pyle says. “My teacher, Peter Cooper, is also awesome. I had worked with him before I came here at Rocky Ridge Music Center.”

Pyle, winner of the Outstanding Graduating Student award from faculty, will address her fellow graduates at College of Music commencement next Friday. As she looks back on the past four years, she says some of her most memorable moments were when she put down her oboe.

“I got to play principal oboe in ‘Scheherazade,’ and being in the woodwind quintet was really special too,” she explains. “But I also really enjoyed the research project I did into German lieder a couple of years ago.”

“I learned so many skills from that project—not only research and data entry, but also how to self promote the projects you’re working on. Those are important skills for all musicians.”

Pyle, who was also this year’s Presser Scholar at the College of Music, says she learned a lot from the atmosphere here and the way people interacted with one another.

“The biggest lessons I’ve learned here are about being yourself, having integrity and believing that you have something to contribute. Peter Cooper phrases this as ‘having something to say,’ and working with the faculty and students at CU has shown me that we all have unique things to bring to the table.”

Next year, Pyle goes on to graduate studies at Southern Methodist University in Dallas. She says she takes with her a foundation of success that can be attributed to her teachers, to her peers (whom she insists are “way more outstanding” than she is) and to the biggest takeaway from the past four years:

“At the end of the day, it’s how you connect with people.”

As part of the College of Music’s Summer Session, the CU Boulder Musicians’ Wellness Program (MWP) will sponsor the Alexander Technique Summer Course via Zoom, July 5-8, 9 a.m. to noon. An additional day, July 9, provides educators the option to receive graduate credit for the five-day course. END_OF_DOCUMENT_TOKEN_TO_BE_REPLACED

In this edition of Dean's Downbeat, learn how the College of Music has channeled change into progress; the work of the college's DEI task forces and how to contribute your input; what we're looking forward to this Fall; and our excitement for a new chapter of in-person music-making. (Dean's Downbeat will resume at the beginning of Fall Semester 2021.) END_OF_DOCUMENT_TOKEN_TO_BE_REPLACED

From opera to heavy metal to conducting to wellness, the College of Music is poised to teach and support diverse creative interests during Summer Session. END_OF_DOCUMENT_TOKEN_TO_BE_REPLACED
Return to the top of the page