Perhaps one of the most rewarding ways to close out a school year is by being honored with the respect and admiration of your teachers. That’s why every year, the faculty of the College of Music name one Outstanding Student from each undergraduate class.

As Spring Semester 2016 comes to a close, meet the students being recognized this year. 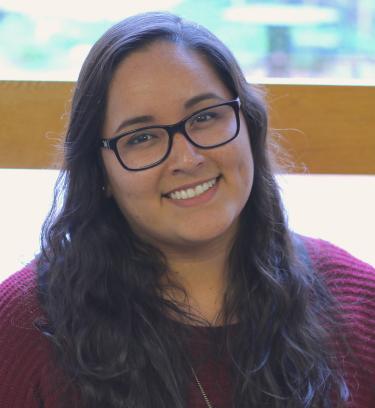 It’s not easy to come to a new city to attend college. It’s especially challenging when that city is in a different country than the one you grew up in.

But first-year vocal performance major Julieta García took the life change in stride, making the most of every opportunity in her first year away from her home country of Mexico.

“The best part about being here is that it’s a dream come true,” says García. “I come from a small town where not many people get into music.”

García says though she is heavily involved in music in her hometown of Zamora, Michoacan, the immersion she’s experienced in Boulder has been unlike anything she ever got to experience before. “I get to interact with so many cultures every day. I try to absorb everything I can from all the wonderful faculty and my classmates.”

Over the summer, García plans to go back home and continue her work with music in Zamora, conducting choirs and singing in the city’s cathedral. She’s also combing her network to find scholarship help and support.

García says one of the most important lessons she’s learned in her first year at the College of Music is not to compare herself with others.

“I come from a very competitive environment,” she says. “You’re always compared to other people. But here, they make a point to find the uniqueness in every voice and every talent and every person.

“I want to deeply thank my teacher, Patrick Mason, and the other faculty for considering me for this high honor,” she says. 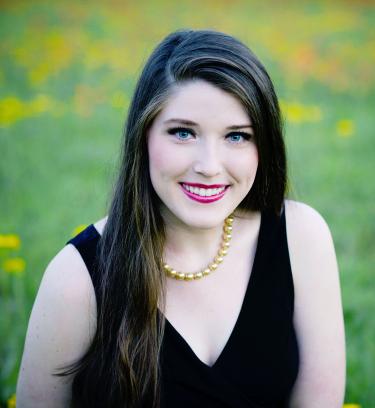 Some people make juggling two majors, performing in an opera, being active in a sorority and learning a third language look like a walk in the park.

“There’s been so much on my plate this year that I didn’t stop to reflect on everything I’ve done.”

Nor did sophomore Jade Espina realize that anyone was paying attention to her many accomplishments.

The vocal performance and music education double major says she had heard about the Outstanding Student award, but she didn’t know when it was given out.

On the day she found out she had won the award, she immediately called her parents.

“They were so excited. It was just a warm feeling.”

Originally from Fort Smith, Arkansas, Espina grew up playing violin and piano and now studies voice with Jennifer Bird. She says the biggest lesson she’s learned in her two years away from home is how to make big decisions on her own—including performing in “Dialogues of the Carmelites” and “St. Matthew Passion” and participating in Middle School Ensemble in the same semester.

She says she couldn’t have done all that—in addition to being one of the Anderson Voice Competition winners—without the support of her friends at school and her family back at home. “I know that I’m never alone, and that’s especially important since I’m from out of the state.”

This summer, Espina will travel to Italy with the “Music and the Performing Arts: Renaissance in the XXI Century” program.

“So far I’m the only vocal major,” she says. “I’m really looking forward to the chamber music opportunities while I’m there.”

Next year, she begins diving into more choral education classes, in addition to continuing to learn Italian and starting on French.

“I grew up speaking Spanish, and while it’s definitely important to know many languages as a singer, I’m looking forward to learning French for myself too,” says Espina. 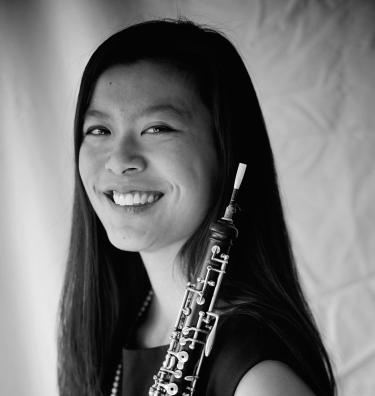 It’s been a wild year already for Jordan Pyle. And this summer, things won’t slow down much for the Fort Collins native.

“In May I’m traveling to Dallas to take lessons with Erin Hannigan, principal oboe of the Dallas Symphony,” Pyle begins. “Then I’ll be studying with Elaine Douvas, principal at the Metropolitan Opera.

“Then at the end of June, I’ll be working with Professor [Yoshiyuki] Ishikawa at the International Double Reed Society Conference. He’s the technology coordinator and records all the performances at the conference.”

Her summer adventures begin mere weeks after Pyle stepped in at the last minute to perform with the Colorado Symphony earlier this month.

In addition to being named Outstanding Student for the junior class, Pyle received a scholarship from the Presser Foundation and will serve as Presser Scholar her senior year. She says she’s excited to close out her four years at CU-Boulder strong.

“I love it here. It’ll be kind of sad to graduate, but it’ll be great to see the culmination of four years.”

Pyle says the atmosphere of the College of Music—particularly the passion and commitment of the faculty—is what she’ll remember most fondly about her time here.

“Everyone is very supportive. I never had an experience when a professor didn’t have time for me,” she explains. “When I was in the honors competition, one of the woodwind professors spent an hour and a half with me before the final round, telling me what I could improve. I also really enjoyed working with Kris Shaffer on the German Lieder research project.

“This is a special place. There are so many outstanding people in the college. It’s very flattering to receive this award and I’m honored.” 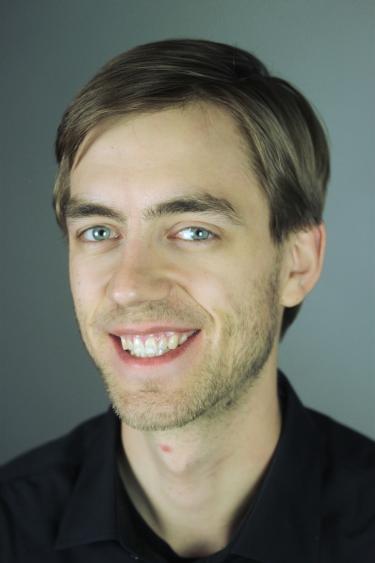 Not all college music programs invite undergraduates to participate in full-scale operas. But in his four years at CU-Boulder, Chas Douthit has played roles in four.

“It’s a wonderful opportunity,” he says. “Undergraduates and graduates can work together, which raises the bar and gives everyone a chance to learn and improve.”

Douthit, who will receive his BME with a Choral Music Emphasis on May 6, has always been involved in performing at the College of Music, whether as Alidoro in Eklund Opera’s “La Cenerentola” last fall or in the chorus of “The Pirates of Penzance.” He says the best piece of advice he could give to a young music student is to take advantage of every opportunity.

“What’s been really fun for me is staying curious about a lot of different things,” he says. “There are so many resources here to help you learn about a wide breadth of things.”

One of Douthit’s favorite activities has been singing with vocal jazz ensemble Table for Five.

“I’ve been in the group for two years and it’s been wonderful to build a relationship with the other members as friends and musicians,” he says. “It’s satisfying to come to a group where everyone has a voice in where the music is going.”

And while his schedule became busier this past semester as Douthit began student teaching full time, he says it’s been rewarding and exciting to be in front of a classroom every day.

“Student teaching is a great way to learn by doing. It’s really challenging but I’m learning a lot.”

In addition to taking voice lessons with Patrick Mason, Douthit also learned valuable teaching skills as a learning assistant for School of Education professor Susan Jurow. “You should always get to know your professors whenever you can. They’re here to help you—and they want to get to know you too.”

Douthit will address fellow graduates at College of Music commencement next week. As he and his classmates enter the professional world—Douthit hopes to land a full-time teaching gig in the next three to five years—he says they must keep in mind that learning doesn’t end with your diploma.

"You have to be humble, and not let the differences between your actual self and your ideal self bring you down,” he says. “I've learned that you must love and be kind to yourself exactly where you are in your learning."

This summer, Douthit will perform in CU NOW’s Composer Fellows’ Initiative. He also plans to commit himself to his band, in which he collaborates to write and perform original rock music, and teach at a summer camp.

To be eligible for the Outstanding Student award, students have to be on track to graduate with honors (3.7 cumulative grade point average or higher).

Curiosity drives Lydia Wagenknecht, a PhD candidate in ethnomusicology and recent recipient of a Fulbright Research Award. “I care that my research will help us understand something in a more broad-based way that we didn’t understand before,” she says. END_OF_DOCUMENT_TOKEN_TO_BE_REPLACED

We’re so excited to welcome alumnus Damani Phillips back to campus this week and to present him the College of Music’s 2022 Distinguished Alumnus Award at our commencement ceremony on May 5! “The versatile training provided by CU has been the cornerstone of my success to date, and has enabled me to do and be many things well beyond typical expectations,” he says. Meet Phillips and discover his powerful advice to graduating Music Buffs. END_OF_DOCUMENT_TOKEN_TO_BE_REPLACED

On May 5, we look forward to welcoming back Judith Glyde, formerly professor of cello and chamber music at the College of Music and chair of our string faculty. Since retiring in 2014 to live in New York City, the professor emerita she has been active with the college’s alumni community there, offering tremendous support to Forever Buffs who are now living and working in the city. END_OF_DOCUMENT_TOKEN_TO_BE_REPLACED
Return to the top of the page