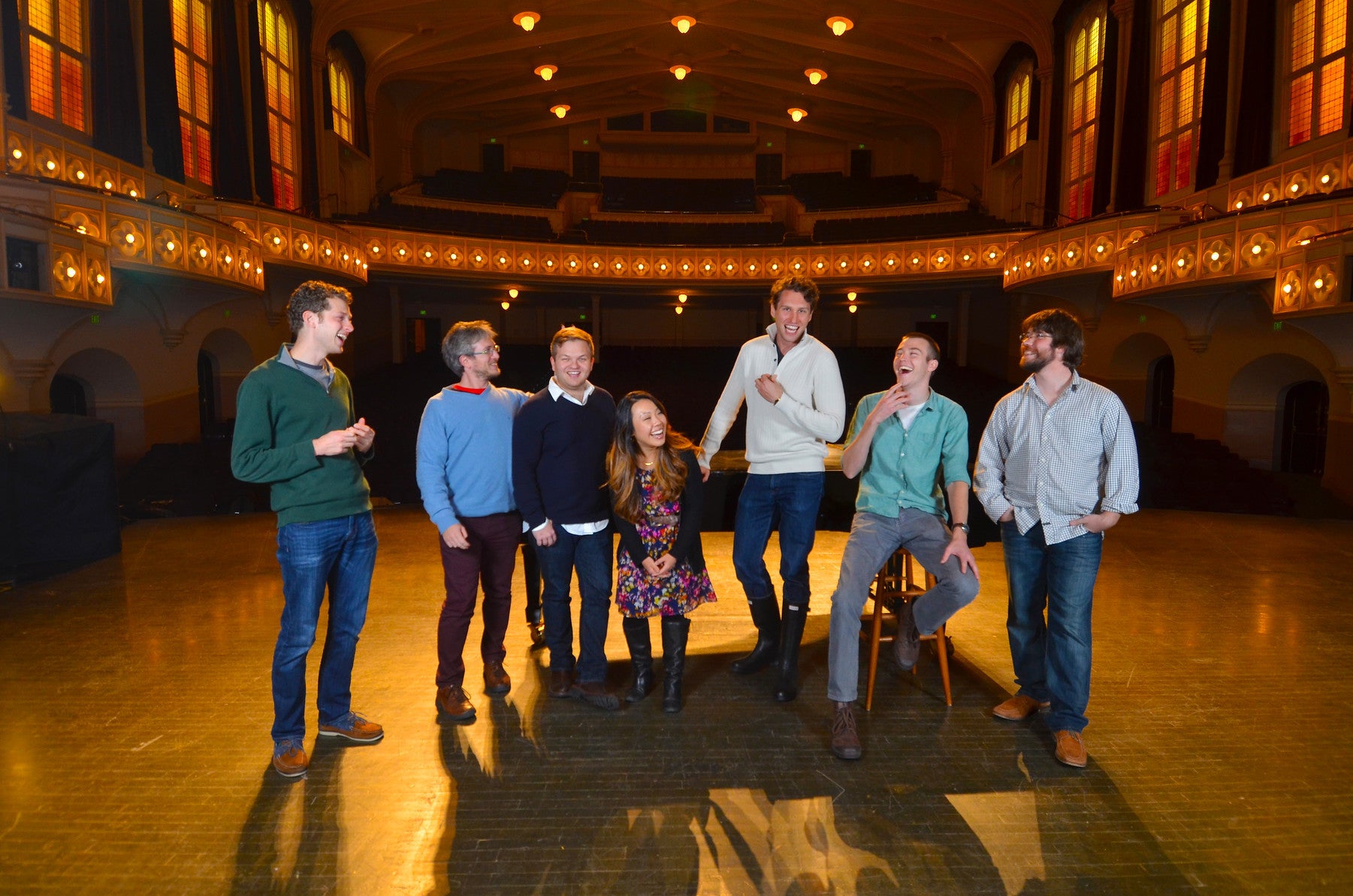 All apologies to Forrest Gump, but you really never know what you’re going to get at the University of Colorado Boulder’s Ekstrand music competition finals. Might be Bach, Bernstein or Basie, show tunes or a string quartet, a jazz solo or guitar duo.

“The competition is open to any graduate student. The only requirement is that they perform a maximum of 15 minutes of music,” says organizer Margaret McDonald, assistant professor of collaborative piano. “There’s such a wide variety it’s really fun for the audience — it’s freewheeling.”

The Bruce Ekstrand Memorial Graduate Student Performance Competition was started in 1987 by the late CU-Boulder administrator and psychology professor, who died in 1996.

This year’s free, public finals concert will take place at 7:30 p.m. Monday, Nov. 17 at Grusin Music Hall in the Imig Music Building on the CU-Boulder campus.

Each finalist receives a $500 award. There also will be cash awards for first and second place and audience favorite. All awards are given for professional development, to help with costs for such things as performance, outreach or recording.

“Every audition season, singers spend thousands of their own dollars on expenses, including … travel, application fees and promotional materials. It's a wonder we're ever able to afford it,” Robinson says. “It’s truly awards like the Ekstrand grant that enable us to pursue our goals.”

“We’ve really enjoyed participating in the Ekstrand competition at CU,” says Reaves, founding cellist of the Altius Quartet. “We look forward to the positive influence this is going to have on our future.”

Andrew Giordano grew up in Williamsport, Pennsylvania, where he began playing the violin at age 5 and joined the Williamsport Symphony at 15. He has performed at the Aspen Music Festival and with the National Repertoire Orchestra.

Andrew Krimm earned a BM in viola performance from CU-Boulder. He grew up in Dallas, where Downbeat Magazine recognized his exceptional performances in chamber music. He           performs on a 1940 Fredrick Haenel viola and studies with Erika Eckert, Geraldine Walther and Ellen Rose.

Zachary Reaves is the founding cellist of the Altius Quartet. He earned a BM in cello performance from Southern Methodist University’s Meadows School of the Arts, where he studied           with Andres Diaz and Christopher Adkins.

Joshua Ulrich has performed internationally and collaborated with James Tocco, Awadagin Pratt, Sandra Rivers and others. He has been awarded fellowships from the Aspen Music             Festival and Bowdoin International Music Festival and was a Shouse Artist at the Great Lakes Chamber Music Festival. He is a regular substitute with the Columbus Symphony Orchestra       and concertmaster of the Richmond (Indiana) Symphony Orchestra.

Daniel Nester was principal bassoonist for the Israel Chamber Orchestra, performing as a soloist, recording CDs and touring Europe and South America. He received a BM from the Buchmann-Mehta School of Music in Tel Aviv and an MM from the University of Southern California, where he received first prize in the USC Concerto Competition. He is the recipient of the America-Israel Cultural Foundation scholarship.

Violinist Sharon Park has performed extensively throughout the U.S. as a soloist, orchestral and chamber musician in such venues as Carnegie Hall and Jordan Hall. She received top prizes at the Stradivarius International Violin Competition, ARTS Award by the National Foundation for Advancement in the Arts and the Bronislaw Kaper Awards. She earned an MM from The Juilliard School and BM from the New England Conservatory and is a founding member of the Azur String Quartet. At CU-Boulder she studies with Lina Bahn, Edward Dusinberre and Charles Wetherbee.

Mezzo-soprano Rebecca Robinson will appear as Dorabella in CU Opera’s production of Mozart’s Cosi fan Tutte in March 2015 and Ottone in Monteverdi’s L’incoronazione di Poppea in April. She did her undergraduate study at DePaul University and is a graduate of McGill University, where her roles included Romeo in I Capuleti e i Montecchi, Hermia in A Midsummer Night’s Dream and Sesto in Giulio Cesare. She was a young artist with the Crested Butte Music Festival (2014) and Central City Opera (2102).

As part of the College of Music’s Summer Session, the CU Boulder Musicians’ Wellness Program (MWP) will sponsor the Alexander Technique Summer Course via Zoom, July 5-8, 9 a.m. to noon. An additional day, July 9, provides educators the option to receive graduate credit for the five-day course. END_OF_DOCUMENT_TOKEN_TO_BE_REPLACED

In this edition of Dean's Downbeat, learn how the College of Music has channeled change into progress; the work of the college's DEI task forces and how to contribute your input; what we're looking forward to this Fall; and our excitement for a new chapter of in-person music-making. (Dean's Downbeat will resume at the beginning of Fall Semester 2021.) END_OF_DOCUMENT_TOKEN_TO_BE_REPLACED

From opera to heavy metal to conducting to wellness, the College of Music is poised to teach and support diverse creative interests during Summer Session. END_OF_DOCUMENT_TOKEN_TO_BE_REPLACED
Return to the top of the page