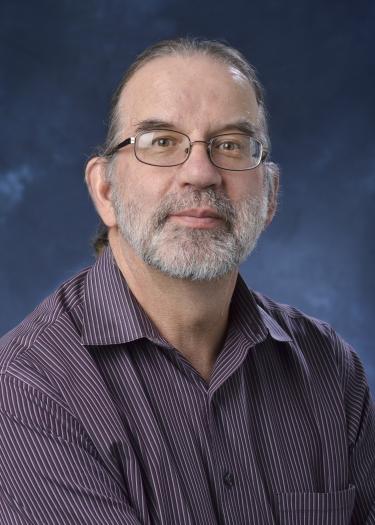 Mark C. Serreze is the Director of the National Snow and Ice Data Center (NSIDC), part of the Cooperative Institute for Research in Environmental Sciences (CIRES). While his research has encompassed all aspects of our planet's cryosphere - ie snow and ice cover - he has a long standing love of the Arctic. Interests include atmosphere-sea ice interactions, synoptic climatology, boundary layer problems, and climate change. He has conducted field work in the Canadian Arctic on sea ice and icecaps, and on the Alaskan tundra. Efforts over the past ten years have increasingly focused on trying to make sense of the rapid environmental changes being observed in the Arctic.

Arctic sea ice reflects sunlight, keeping the Arctic cool and moderating global climate. Arctic sea ice has declined dramatically over the past forty years, most strongly in late summer. The extreme seasonal ice extent minima are only part of the story. Recent winters have seen unprecedented heat waves over the Arctic Ocean, and the ocean circulation is changing bringing evermore heat into the region. As the Arctic loses its sea ice cover, the region becomes more accessible to shipping, extraction industries, tourism, and other activities.

I can trace my interest in snow, ice and very cold water to growing up in Maine, where in most winters there is plenty of all three. Many a childhood afternoon was spent daredevil sledding, skating, or foolishly riding ice floes down the Kennebunk River on the outgoing tide. I come from a science family. Grandpa was involved in the early development of radar. Both of my parents became research chemists. My brother is involved in immunology research and my uncle works with lasers and solar cells. Perhaps there is some genetic aberration at work. When not teaching, studying the Earth's cryosphere, or herding the 70 or so programmers, data specialists and scientists at the National Snow and Ice Data Center, I enjoy golf, gardening, playing the piano and fly fishing. 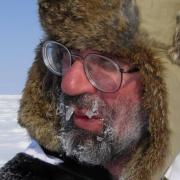 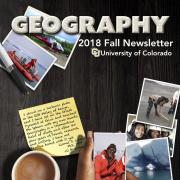 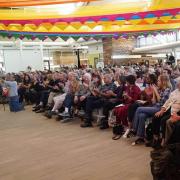 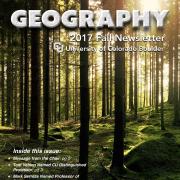 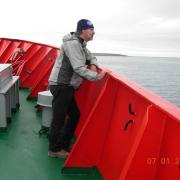 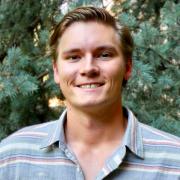 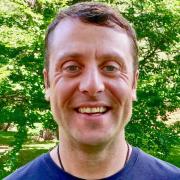 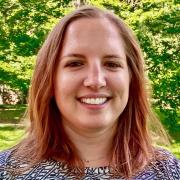 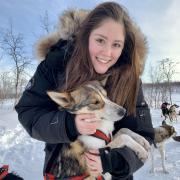 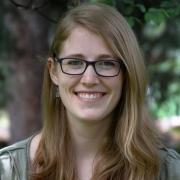 Erika Schreiber
Return to the top of the page