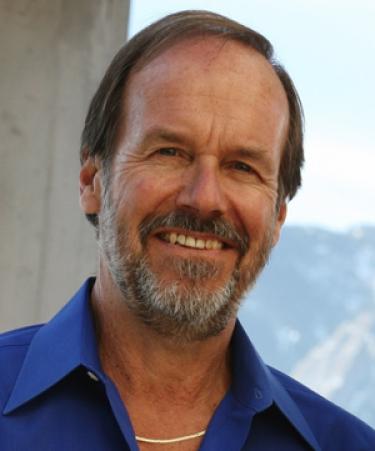 Lawrence E. Carlson, professor emeritus, received the NAE Gordon Prize for Innovation in Education in 2008. He began his teaching career at the University of Illinois at Chicago in 1971, after earning master’s and D.Eng. degrees in mechanical engineering from the University of California Berkeley. His doctoral thesis was on designing an upper-arm prosthesis with coordinated motion patterns, and he continued to work on rehabilitation engineering in Chicago, where he collaborated with the Prosthetics Research Laboratory at Northwestern University.

Carlson was attracted to CU Boulder in 1974 by an offer to join the Department of Engineering Design and Economic Evaluation, which brought together his fundamental interests in design and the development of new products. When the department was disbanded four years later, he moved to the Department of Mechanical Engineering, where he continued to pursue his dual interests.

He was one of the first to introduce the First-Year Engineering Projects course, which provides students with hands-on design experience early in their undergraduate engineering education, and he worked with other faculty members to develop the award-winning Integrated Teaching and Learning (ITL) Laboratory, which has become a national model for collaborative, hands-on engineering education. With his colleague, Jackie Sullivan, Carlson was co-director of ITL Laboratory from its founding in 1997 to June 2007.

Carlson received the CU Charles Hutchinson Memorial Teaching Award in 2001, was named an IDEO Fellow in 2001, and won the John and Mercedes Peebles Innovation in Education Award in 2004. At the dedication of the ITL Laboratory in 1997, the students who govern the Engineering Excellence Fund endowed the annual Sullivan-Carlson Innovation in Education Award, which is awarded to a faculty member, selected by students, who embraces hands-on learning.