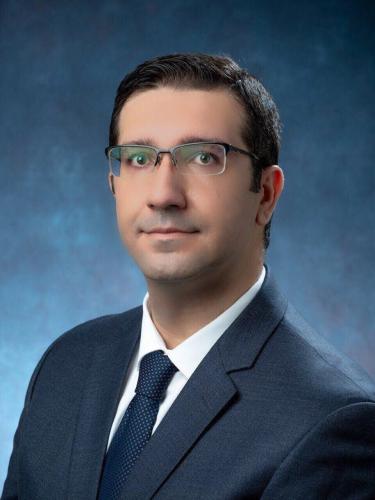 Mohammad Amin Hariri-Ardebili (MCivEngr’14, PhD’15) is a researcher at the National Institute of Standards and Technology (NIST). His main research interests are performance-based earthquake assessment of infrastructures, risk and resilience, alkali-silica reaction, uncertainty quantification, and machine learning. Hariri’s impressive body of work includes research activities at NIST that span a range of topics and have yielded more than 100 significant publications and peer-reviewed journal papers. He is working on a fundamental area of research at NIST: the “uncertainty quantification,” with application to seismic retrofit alternative solutions, other NIST projects and international adaptation. In addition to his exemplary work at NIST, his research impact is reflected in a science-wide author database of standardized citation indicators developed at Stanford University, which named Hariri as one of the top 2% of scientists worldwide. His work has been published in highly ranked journals and has influenced the work of other scholars in his field, as reflected by the more than 2,000 citations of his work.

Hariri’s contributions to scientific research extend beyond his own contributions to the field and conducting challenging projects. He has provided commendable service to the profession through peer review work. He has served as a peer reviewer for more than 700 manuscripts and proposals, and as a member of the editorial board of several journals. He has also served on the review boards of the National Science Foundation, another recognition of his scholarly work by the broad scientific community. Hariri has received several awards acknowledging his research on interdisciplinary topics, including the interface of civil engineering and data sciences.

Due to his expertise and scholarly reputation, he is also serving as chair for the academic and research collaboration technical subcommittee in the U.S. Society of Dams (USSD). He  promotes four main missions among USSD’s more than 5,000 members: advocate, educate, collaborate and cultivate. He is serving as one of the active members in the International Committee on Large Dams, and in 2018-20 co-organized several international workshops. He certainly deserves to be considered a pioneer in modern risk analysis of dams, and several U.S. agencies and companies have adopted his work. His work has also noticeably improved national water security. Hariri is a long-time member of the American Society of Civil Engineers, and he spent many years training and mentoring young engineers. He regularly provides free webinars and workshops for engineers in USSD, NIST, the U.S. Geological Survey, the U.S. Bureau of Reclamation and many international universities.

Hariri is always trying to find opportunities for his alma mater and to support CU research activities. In the past two years, he has served as a thesis committee member for five master’s and PhD students and as lead supervisor for one visiting doctoral student. He passionately follows up in support of the students' career development and job search, informing them about upcoming opportunities in industry and academia. As part of his responsibilities, Hariri oversees making a strong connection between the university and industry. This past year, the USSD awarded four scholarships for graduate students to cover their summer tuition.