Jeffrey Quinlan (ArchEngr’92, MCivEngr’94) serves as vice president of engineering and illumination at Acuity Brands Lighting, where he has worked for the entirety of his 28-year career. Early in his career, he co‐developed what is now a mainstay software used by lighting designers, engineers and sales representatives. Since then, he has continued to develop key products and product lines for the company. He has led teams of engineers and managed large product development budgets, which highlight his ability to inspire people to think technically and create innovative products. Quinlan has also been a key player in helping Acuity make the transition to and become a leader in solid state lighting (SSL) for architectural applications, a monumental change in the environmental impact of architectural lighting and human access to electric light worldwide. The breadth and depth of his technical knowledge combined with an engaging personality made him a perfect candidate for roles at Acuity that focus on peer education, integration of acquired companies and continued innovation in novel applications of lighting infrastructure, including germicidal UV radiation. 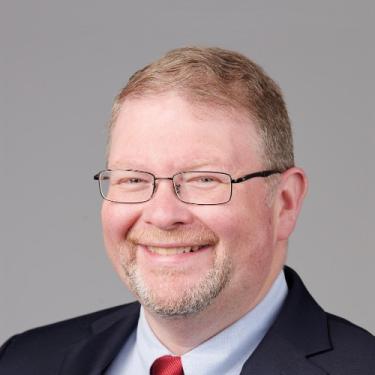 In addition to Quinlan’s commitment to excellence in academic and career pathways, he donates time to organizations that focus on bettering the architectural lighting industry. In 2008, he became a member of the Next Generation Lighting Alliance, an organization with a mission of accelerating adoption of SSL. He would go on to serve as chairman from 2015-18. Since 2015, Quinlan has served on the technical advisory board for Strategies in Light, a novel conference platform that aims to increase communication across the wide range of fields that intersect with architectural lighting. Since 2019, Quinlan has also served as director of the board of the Jim H. McClung Foundation, a scholarship fund to encourage thought leadership in the field of architectural lighting. Beyond the professional setting, he has served his spiritual community as an usher and lector in two churches over the past 20 years, in addition to acting as the co‐chair for the architectural review committee in his neighborhood. He also led Boy Scouts of America Troop 410 and Troop 65, served as a unit commissioner and coached soccer for multiple youth organizations.

In 2011, the longstanding CU Lighting Program was seeking a plan for financial security and wanted to expand its educational reach to non‐traditional students. In response, the Rocky Mountain Lighting Academy (RMLA) professional education workshop was developed. Quinlan agreed to serve as a member of the newly created RMLA advisory board in 2012. Along with 2015 DEAA recipient Cheryl English (ArchEngr'81), Quinlan helped secure $120,000 in sponsorships from 10 members of the National Electrical Manufacturers Association, including their own company, Acuity. In preparation for the inaugural RMLA summer course in 2013, he coordinated the donation of LED luminaires from Acuity to replace outdated equipment and spruce up the lighting laboratory. He continues to serve the program as a board member and by volunteering his time as a faculty member for the RMLA. Today, the RMLA is a thriving aspect of the Lighting Program and has led to the development of other educational offerings, such as an online professional master’s certificate. His commitment and willingness to serve with aplomb and conviction epitomize the value he brings to his profession, his alma mater and his community.