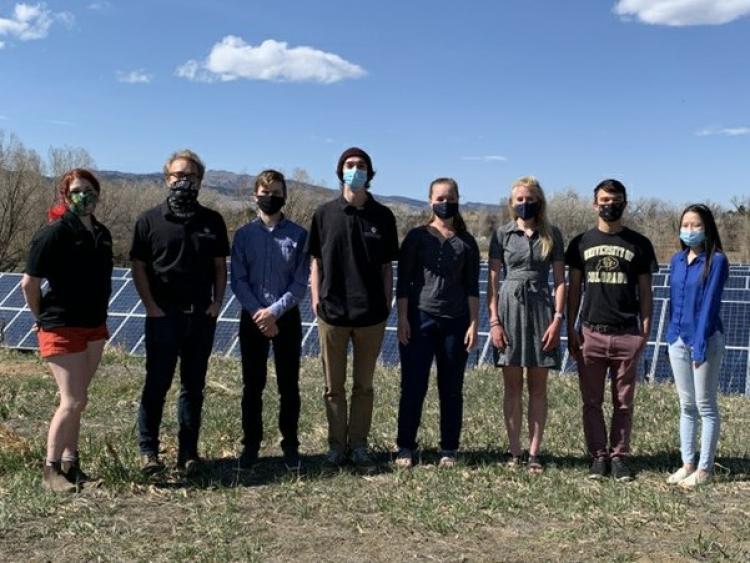 After working on their project for the entire academic year, University of Colorado Boulder engineering students placed first in a national design competition.

The annual Solar District Cup Collegiate Design Competition is run through the National Renewable Energy Laboratory (NREL) and the U.S. Department of Energy. The goal was to build an economically feasible set of solar photovoltaics, also known as solar-PV installations, for a campus or urban district.

The competition this year focused on building a system for the University of Central Florida and was multifaceted, with students designing everything from the solar-PV installations to viable storage options.

“This contest was unique because although there were some rules and guidelines, we were tasked with finding out on our own the hundreds of financial, technical, and regulatory considerations that are factors in developing a large solar PV system,” said team member Hannah Livingston, “This spurred a lot of self-directed learning.”

In designing the solar-PV system, the team analyzed the 17 different installations based on performance, economic viability, distribution system impact and constructability.

Their final design combined agrivoltaics, which uses the same plot of land for agriculture and solar panels, with a floatovoltaic system which used floating solar panels on a retention pond.

They also included more traditional ground-mounted, carport and roof-mounted solar panels which the students would place on the rooftop of the Student Union building and on the side of the parking garage at UCF. Finally, a small battery installation would perform load shifting and peak shaving, further increasing the economic viability of the project.

The team was made up of students from three different engineering majors including environmental, electrical and mechanical engineering. Livingston credits their success to a multidisciplinary group that allowed them to capitalize on each team member’s strengths.

This year’s competition presented a new challenge as students were limited in their ability to meet in person. Together the students navigated the majority of the project online.

“This team was so awesome to work with,” said team member Eli Hinerfeld. “I learned a bunch about how critical communication is when you're working online and only meeting through Zoom and text. There were many weeks that involved 20+ hours of work, but it was well worth it in the end.”

Twenty-eight teams from 29 different universities presented their projects to a panel of industry judges that included members of the DOE. Winners from each division then went on to compete for the title of Project Pitch Champion.

In the finals, attendees made up of industry professionals voted for CU Boulder as the winner.

"Throughout this semester working on our Solar District Cup project, I grew so much as a teammate, student, leader, and professional,” said team member Emily Trautwein, “I am so grateful to have been a part of it. I am confident that this program has given me the foundation to be successful as an energy engineer working within industry contexts, stretching my understanding beyond the classroom to a real world district use case. I am so proud of what my team and I were able to accomplish this year and excited to be recognized for our work! A big thank you to the rest of my team, our mentors, and NREL’s competition organizers for an experience I will never forget." 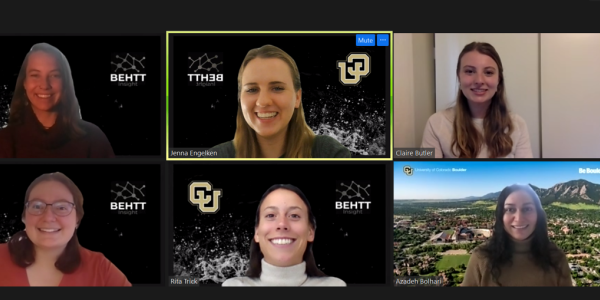 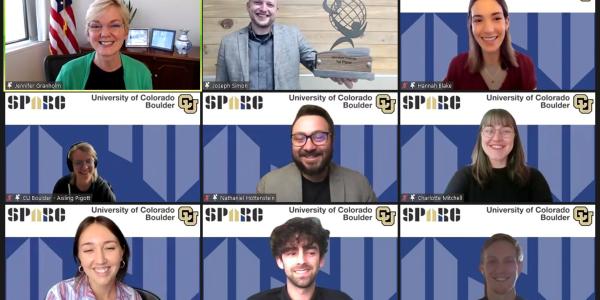