CU Sounding Rocket Lab: On a Mission to Space

CU Sounding Rocket Lab: On a Mission to Space 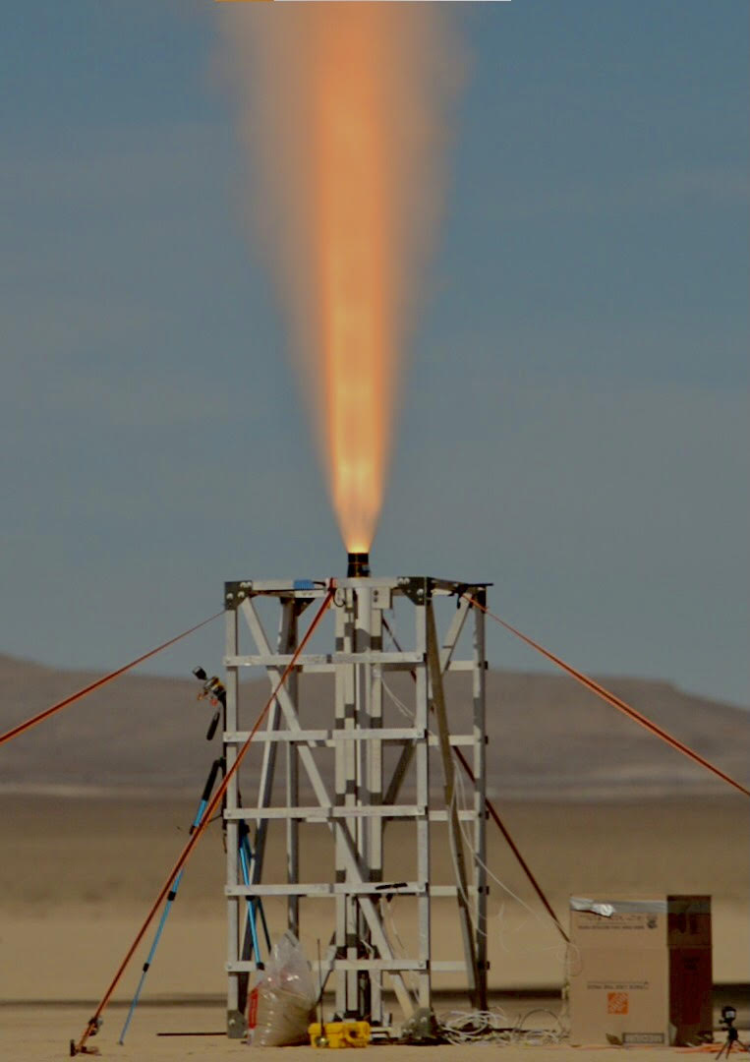 Title Photo: The team at a launch in November 2019.

What does it feel like to work on a project for months and have its success or failure determined in an instant? To move through rigorous, painstaking design and analysis and know it comes down to a single opportunity for success? To spend innumerable late nights in the lab with the knowledge that a mistake might mean doing it all again?

This is the experience of the CU Sounding Rocket Laboratory, a student organization at CU Boulder whose mission is to build high-caliber engineers through the pursuit of advanced technologies that can deliver rockets to space.

Currently, only one student rocketry team can claim a vehicle has passed the internationally-accepted boundary of space – the Karman line, at 100km in altitude. Soon, SRL will join this elite group, with three distinct rockets.

Since 2018, SRL’s composite propulsion program has worked to advance the team’s understanding of solid rocket motor design, analysis, and testing. We have tested more than two dozen motors, ranging in size from 4-inch diameter M-class motors to an attempted test of an R-class motor in February 2020.

SRL’s other space-bound vehicles include a two-stage rocket with active aerodynamic control on both stages, requiring robust control software and precise hardware, and a rocket flying SRL’s Reaper engine, a methalox (methane and liquid oxygen) turbopump liquid engine capable of generating over 6,000 pounds of thrust.

The team's structured, project-based development pushes students to apply what they’ve learned in the classroom to real-world engineering problems.

“If there is one thing I’ve learned about engineering at CU SRL over the last few years, it is that learning the theory is by far the easiest part of the engineering process,” says Zach Lesan, SRL’s Lead Engineer and a junior aerospace major. “Developing an intuition for physics and engineering as a whole requires an incredible amount of experience that can only be gained by moving through the engineering process in its entirety.”

With over 100 active members, SRL holds opportunities for students of all backgrounds and disciplines, including engineers, mathematicians, physicists, and many others.

The team’s ambition is driven by an energy to learn and grow as future contributors to the aerospace industry.

“SRL has provided hands-on experience and heightened my passion for my majors where the required courses seem to fall a little short. It has given me experience in design, analysis, manufacturing, testing, and more – all important things engineers should be capable of, and experienced in as we move to industry,” said Samantha Honan, an aerospace sophomore. 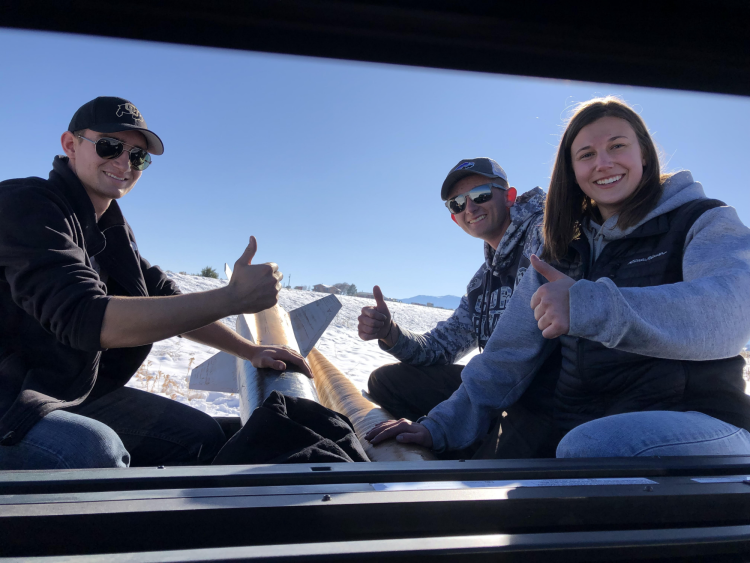 A successful recovery of a Diamondback rocket.

For many members, participation in SRL is a formative experience in their engineering development.

“I came into college having absolutely no idea what I wanted to do. After joining SRL, I know that there is nothing else I would rather do,” Honan said.

Team members have been successful taking the lessons they learn from the club into industry, and applying them to problems at aerospace organizations like SpaceX, NASA, Tesla, and Aerojet Rocketdyne. Lesan will be interning with SpaceX later this year.

“Over the past two and a half years, I have gone from knowing next to nothing about rocket engineering to feeling confident that I can have a solid positive impact on SpaceX’s Starship vehicle at my internship this summer,” Lesan said.

SRL’s work culminates in the opportunity to test technologies at rocket motor static fires and launches. Each event brings a sense of adrenaline and anticipation, as students see the outcome of their work.

Rex Laceby, Chief of Staff at Advanced Space and SRL mentor, was introduced to SRL in November through the launch of Diamondback, a geometric analog and manufacturing testbed for Spaceshot.

“In a foot of snow, on a chilly Saturday morning when other Buffs were skiing, sleeping in, or doing homework, these students were several miles south west of Pueblo, ready to put rockets they built by hand, into the beautiful Colorado sky and eventually reach space,” Laceby said.

On that day, Diamondback enjoyed a successful launch to 5,149 ft. and a clean recovery.

However, SRL’s tests and launches don’t always have such favorable results.

In a foot of snow when other Buffs were sleeping in, these students were ready to put rockets they built by hand into the beautiful Colorado sky."

In February 2020, the team attempted to test an R-class motor. It would have been the largest student solid rocket motor ever static fired, but instead the 250-lb motor exploded on the Colorado plains.

The motor’s demise represented a near-instantaneous obliteration of late nights, hundreds of hours of manpower, and thousands of dollars. It was a sobering experience that forced the team to examine its engineering processes and learn from the failure, a critical feature of real-world engineering endeavors.

“From a leadership perspective, SRL is a unique organization,” Lesan said. “The work we do here is unpaid, has relatively low levels of funding, is not obligatory, and has no tangible consequence of failure.”

It can be difficult to move past failure and continue to innovate, but it is mettle, forged by failure, that yields resilient, solution-oriented engineers.

The root problem was a thermal lining stripped, leading to a momentary blockage at the motor throat, overpressurizing the system and causing it to explode. In a haste to meet self-imposed deadlines, the team had made small design changes without validation, which ultimately led to the motor's failure.

Since then, they have gone back to the fundamentals of composite motor development, focusing on motor and propellant design and manufacturing quality. They successfully built and fired an O-class motor in January and are planning a string of 38mm motor tests to validate additional thermal technologies. They plan to test a new R motor by the end of the Spring 2021 semester.

“I have served on some amazing teams in the U.S. Marines, as a Technical Rescuer in Boulder County and with numerous other organizations, but I would have to say the students of SRL are one of the best I have ever seen,” Laceby said. “SRL is a family, a devoted team that gives me hope for our future.”

SRL’s culture encourages members to embark on difficult projects with one another, unafraid of diving into the deep end and eager to learn.

At SRL, the only requirement for entry is a desire to learn. Rocketry is not easy, and the students of SRL understand this, but there are few better feelings than standing at the launch pad and seeing a rocket roar to life, powerfully ascending into the atmosphere, making a substantial step towards space.