CU Hyperloop team "digs in" for a shot at victory

The CU Boulder Hyperloop team is one of only a dozen finalists for The Boring Company’s Not-A-Boring Competition, rubbing shoulders with the likes of MIT and ETH Zurich.

The mission of The Boring Company, founded by Elon Musk, is to build the tunnel infrastructure necessary to enable ultrafast transportation networks of the future, such as Hyperloop. Before such technology can become reality, the company says on its webpage, new techniques must be established to increase tunneling speed and reduce costs. 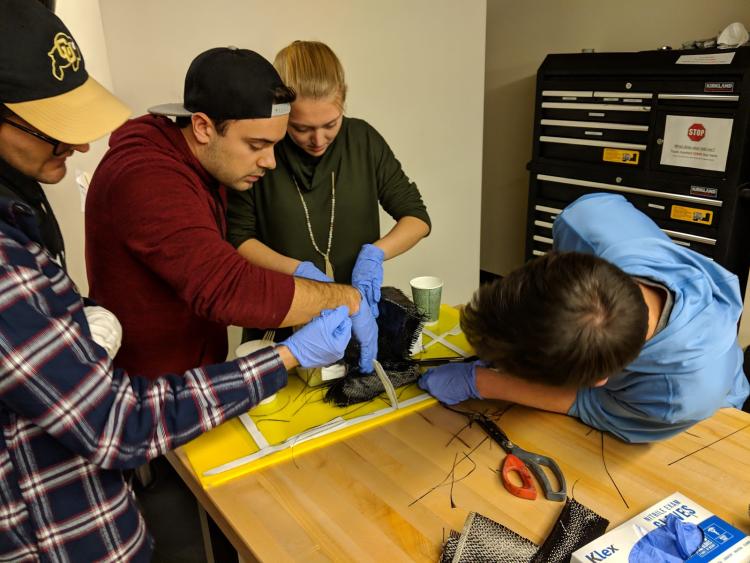 The competition asks teams from across the globe to design solutions to address that problem and tests them against one another in this year’s competition.

“The competition revolves around the main objectives of being the fastest to complete a tunnel, the fastest to be able to use that tunnel — measured by whether an RC car can drive through it — and the most precise tunnel dug,” said senior Dan Wagner, an engineering physics major and project manager of the CU Boulder Hyperloop team. “In the last one, before you start to dig, you say where you want to emerge from the tunnel and then you see how close you can get to it when you get out of the tunnel.”

“We’re trying to dig and it’s rotating at about 10 to 20 rotations per minute, so it’s relatively slow, but we’re applying an enormous amount of pressure to the cutting head,” Wagner said.

For the computer system, they tried to keep it as simple as possible while meeting The Boring Company’s requirements.

“We developed a ground station, and it will have a human operator moderating it. The ground station communicates with our ARD-board computer inside our tunnel boring machine,” said junior Ahmed Adam, deputy project manager for the team, who’s double-majoring in aerospace engineering and electrical and computer engineering. “We use it (the ARD-board computer) to manage basically everything that’s going on inside the machine and even manage some things outside of it — like checking status of some power converters and checking the status and state of our variable frequency drive.”

The tunnel itself needs to be at least 30 meters long and needs to reach a depth of at least 1.5 meters, Wagner said.

But speaking of distance, the competition to this point has all been from a distance.

The first round involved sending designs, roughly 30 slides, and the second round, which they passed in February to become one of the 12 finalists, involved a formal report. 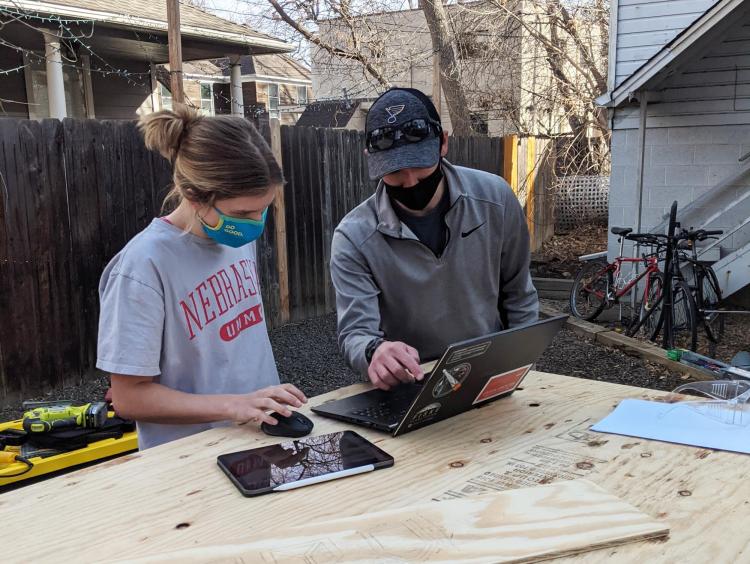 “I think we wrote about 80 pages,” Wagner says. “You talk about how it will operate, but presenting actual computer design parts and running those parts on a computer looking at structural analysis, design and more. ... It’s all about learning.”

And that, he said, is not just the heart of the competition but the club itself.

“When I first joined, the people who’d been there a long time let you know that it’s OK not to know a lot,” Wagner said. “They’re there to help you learn the way the team does it, and you gain confidence.”

Adam has seen his own confidence grow from taking part.

“It gives you so much design experience and improves your engineering and technical knowledge,” he said. “Building this kind of structure in such a strict timeline with school and work, it improves time management skills.”

In the time of the coronavirus, it has also meant learning to adjust to not having the same level of hands-on collaboration you would expect, forcing a great deal of the team communication into remote status.

“Here we were in different places trying to coordinate times and communicate,” Wagner said. “But we ended up working together well on Zoom and were committed to making it work.”

Wagner said he hopes team involvement, which reached more than 30 students off and on so far in the competition, will grow even more through their success. He said he can’t wait for the sight of their RC car maneuvering within the tunnel, wherever and whenever that may take place.

“The competition has kept it a mystery for now,” Wagner said. “But we think it will likely be in a desert-like environment in the coming months. ... We’re excited about what we can continue to do!”