Allison Anderson, the 2020 Young Professional Engineer of the Year (Rocky Mountain AIAA), has been a professor in the Ann and H.J. Smead Department of Aerospace Engineering Sciences at the University of Colorado Boulder since 2017.

Throughout her time, she has focused on research involving space and aviation biomedical issues in addition to spacesuit design. She has authored and co-authored numerous research papers and presentations, mentored and taught countless students, and gave a TEDx talk on spacesuits for Mars missions. Some of the notable awards she has received include National Academy of Science New Leader in Space Science in 2016 and National Space Biomedical Research Institute First Award Fellow in 2014. 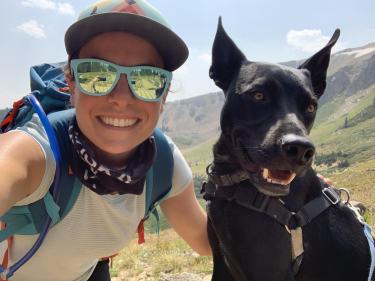 Anderson has always loved space, but her curiosity catalyzed when she was in third grade, she nostalgically recounted.

“Our teacher spent the day telling us about astronauts, and I just thought that was the coolest thing ever,” Anderson said. “It amplified my love for space because it was the first time I realized that people could go there, and it really fascinated me.”

She began her journey into human spaceflight at the University of Southern California, where she earned a bachelor’s degree in astronautics engineering. She then continued to the Massachusetts Institute of Technology for double master’s degrees in aerospace engineering and technology policy as well as a PhD in aerospace biomedical engineering.

Deciding to become a professor was an easy choice, she said.

At the University of Colorado Boulder, she is on the “ground floor of a true scientific debate of a really unknown (problem)” that aims to discover why astronauts’ eyes flatten while they are in space.

She passionately affirmed this research is “exciting from a scientific breakthrough perspective. Understanding how the eye changes in microgravity is a relatively recent problem, and there was not a lot of certainty around what was causing it.”

As for the future of her research, she said, “I am excited because I feel like a lot of my research threads are starting to merge and integrate. I find that really exciting because I think we’re able to continue being interdisciplinary while pulling in from other areas.”

She doesn’t shy away from giving thanks to the pioneers and the mentors who empowered her journey throughout her career as a professor in STEM.

“When you’re first starting this job, there is a lot you don’t know and don’t understand,” she said. “Every single one of (my mentors) approached working with me from the perspective of helping me figure it out and advancing my career by providing really useful advice, which I have been very lucky to have.”

She has also embraced her role as a female professor.

“Once I became a professor and I noticed just how few female professors there really are, I realized how much my students in the classroom recognized that,” she said. “And I think that is where I began to want to step into that role more.”

When asked what advice she would give to her younger self, she takes a minute to think.

“I am a big believer that where you came from makes you who you are, and if you’re happy where you are, you shouldn’t wish to change things from the past, even if those experiences were negative,” she said. “One of the things I would tell my younger self is just to not second-guess yourself and the degree to which what you’re doing is good or valuable or important” — advice she still tells herself to this day.

This advice provides reinforcement and courage for aspiring engineers across all domains and ranging from all experience levels in the STEM community.

Where does she envision her leadership at the university heading? She exhibits an eager smile at this question.

“One of the things that is really incredible about CU is you feel a vibrancy across the engineering school. I think you see that at a lot of other universities, people sort of talk about being stagnant or stationary, and you just don’t get that sense at all at CU. Every department across the college is growing. Every department has more professors, more buildings, more students, our reputations are rising and I think that is the growth period ... that is synced with this national and global emphasis on STEM and technology.”

I am Madisen Purifoy-Frie, and I am an aerospace engineering student in the class of 2022. Allie Anderson is such an amazing facility member, and I am honored that she let me highlight her. 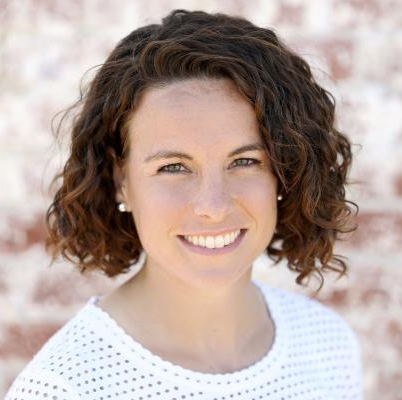 One of the things I would tell my younger self is just to not second-guess yourself and the degree to which what you’re doing is good or valuable or important.