Gene research could inform understanding of aging, aid in bioengineering

Gene research could inform understanding of aging, aid in bioengineering 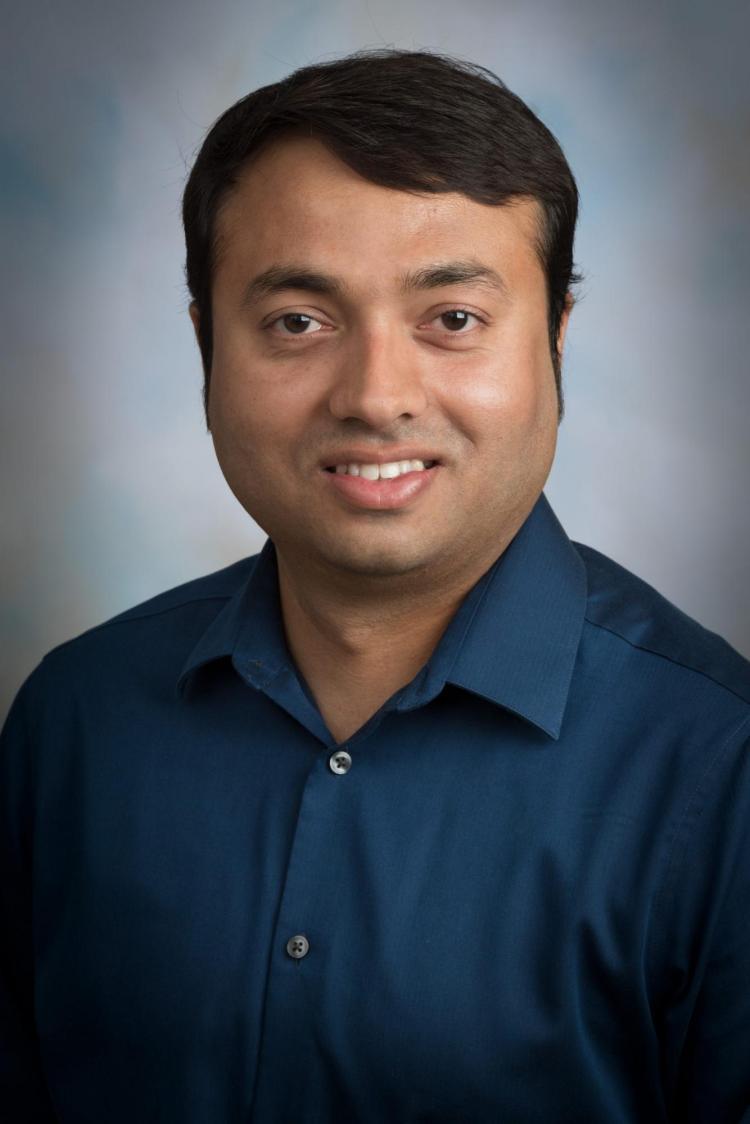 Soham Ghosh is the coauthor of a new paper published in Small that deals with gene accessibility and function in living beings. The findings may help us better understand why and how we age and lead to new developments in bioengineering.

Ghosh completed the work as a post-doctoral researcher in the Soft Tissue Bioengineering Lab led by Professor Corey Neu at CU Boulder and has since earned a faculty position at Colorado State University. Titled “Image‐Based Elastography of Heterochromatin and Euchromatin Domains in the Deforming Cell Nucleus,” the work is one of the two papers on nuclear mechanobiology that were published in January by the Neu Lab. The other paper was also published in Small and led by PhD student Kaitlin McCreery.

We asked Ghosh about the possible implications and applications of the work as well as his time in the Neu lab.

Question: How would you describe the work and results of this paper to a high school student?
Answer: Every organism on Earth possesses genes that coordinate the complicated set of machinery inside their cells needed for life. In this paper, we discovered a tiny detail of this machinery and explored it further.

Genes are the part of a large architecture called chromatin – the material that makes up the material inside the cell nucleus consisting of DNA and protein. How the chromatin organizes itself dictates how the genes will function. Meanwhile, chromatin continuously feels the push and pull from the surrounding environment and accordingly adapts to maintain its organization and function. We specifically explored the physical properties in the chromatin that decide its response to these environmental pushes and pulls.

This may help us better understand biological processes such as how we develop from embryo to adult. It could also help us to better design cell-based bioengineering strategies.

Q: Can you explain those applications further? How does this relate to the other new paper from the lab?
A: These two papers provide us with the methodological framework to investigate how the cell nucleus and its chromatin architecture behaves in healthy and pathophysiological conditions and in artificial systems such as engineered tissues. In near future we might answer what the precise steps are by which the nucleus responds to environmental conditions to better explain the aging process.

Q: Is this a research topic or area you were interested in before joining the Neu lab?
A: I joined Neu’s lab because the area of nuclear mechanobiology fascinates me and it was a great opportunity to work in this field. This particular project came up much later in my time at CU Boulder, though, after we found some very interesting and high-quality experimental data.

Q: What was it like working in the Neu Lab? What is the culture of the group?
A: I think joining his lab was one of the best decisions in my life! Professor Neu provided me with the complete freedom to explore this fascinating area. I learned and actively invested my time in a new scientific field that is emerging, exciting and important. I had amazing and brilliant colleagues who not only played a critical role in the execution of daily research activities but were also very supportive in my overall career growth. Luckily, I ended up with a position in Colorado and I can visit Boulder anytime I want.

Q: Was there a particular aspect of this work that was hard to complete?
A: This is very interdisciplinary work where we had to apply the techniques of engineering, mathematics, molecular biology and microscopic imaging. Executing multiple different fields in a coordinated way is always challenging. Luckily, we were a great team of diverse skillsets with other co-authors Benjamin Seelbinder – a Neu Lab alumnus and now a postdoc at Max Planck Institute – as well as Victor Crespo Cuevas, who is a current PhD student at CU Boulder.