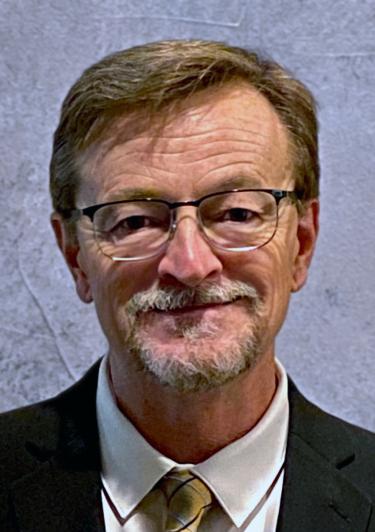 Growing up, John Mollenkopf (MechEngr'83) spent most of his free time tinkering.

He’d gather up tools, then get to work converting his bicycle into a chopper in the driveway or the garage. As he got older, he graduated to building things from scratch, including go-karts, a hang glider, model airplanes and model cars.

That natural curiosity for understanding how things work — and how to build something from nothing — helped propel Mollenkopf to success throughout his career as an engineer and executive in oil and gas.

“The most rewarding thing in my career was getting a project from zero, from nothing, and someone saying, ‘John, we need you to design and build this,’” he said. “And a year and a half later, there it is, and you turn it on and it works. Oh man, does that feel good. My head’s in the stars when, after all the hard work, it starts up and it works exactly the way it’s supposed to. It’s just an incredible accomplishment.”

Mollenkopf’s journey to becoming an engineer and leader may have started with his at-home projects as a child, but he honed his technical skills and strengthened his work ethic during his time at CU Boulder.

After graduating from Columbine High School in Littleton, Mollenkopf set his sights squarely on studying engineering at CU. Unfortunately, he didn’t get into the College of Engineering and Applied Science but was instead offered a spot in the College of Arts and Sciences with the option to reapply later.

That early setback taught Mollenkopf an important lesson in perseverance. He worked tirelessly his first year, earning excellent grades that allowed him to enroll in the engineering college as a sophomore.

“It really put a lot of incentive into me because I did not — and I don’t — like to be rejected for anything, so I had to prove them wrong,” he said.

When he entered the workforce by way of a summer internship and, later, a full-time position at ARCO Oil and Gas, Mollenkopf realized just how well his CU Engineering education had prepared him for the field. He competed with and often outperformed top engineering students from around the country, confirming to him that his CU engineering education was second to none.

After 13 years with ARCO — mostly spent designing, building and maintaining oil and gas facilities — Mollenkopf went to work for MarkWest Energy Partners as a project manager overseeing the construction of new gas plants. He rose through the ranks at MarkWest, becoming general manager, vice president, senior vice president and, finally, chief operating officer. Over his 14-year career, Mollenkopf helped grow MarkWest from a $50 million company to a $20 billion company.

Though he retired in 2016, Mollenkopf still hasn’t been able to give up tinkering. These days, he can be found in the garage working on his collection of cars or at the racetrack trying to improve lap times. He’s also an avid cyclist.

Mollenkopf, who in 2015 won the Distinguished Engineering Alumni Award, also shares his professional expertise and experiences with CU Engineering leaders as chair of the Engineering Advisory Council. He’s given back to CU in other ways, too, including judging mechanical engineering component design courses, sponsoring faculty fellowships and serving as a founding member of the Mechanical Engineering Strategic Advisory Board.

Most recently, he generously provided a $25,000 matching gift for the college’s Giving Tuesday campaign, which helped raise $53,000 for student and faculty needs from more than 128 donors in early December.

“The scope of John’s engagement with and impact on CU Engineering is almost immeasurable,” said Caroline O’Connor, senior director of development for the College of Engineering and Applied Science. “He has given so much to so many through his service on boards, sharing his expertise through mentoring and as an adjunct, and his extremely generous philanthropy. We are truly fortunate to call John a friend and alumnus.”