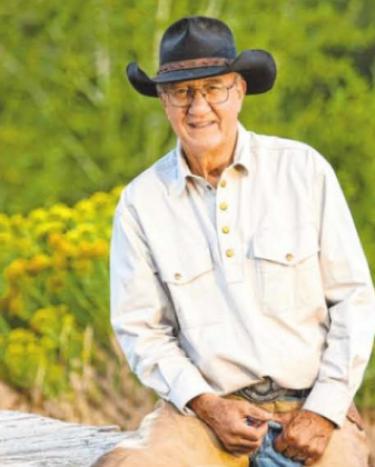 Alumnus Vince Kontny (CivEngr’58), a longtime friend of CU Engineering and influential member of the engineering and construction industry, passed away Aug. 9 at age 83.

Kontny served on the college’s Engineering Development Council for many years and earned the Distinguished Engineering Alumni Award in 1989, as well as an honorary doctorate from CU Boulder in 1991.

“Vince was down to earth, plain-spoken, and gracious in his ability to work with people and get to know them,” said friend and former Assistant Dean Lanny Pinchuk. “He received standing applause when delivering the graduation speech for the College of Engineering, his main message to students being, “You can always learn something from someone you meet, no matter their position in life.”

Here, Pinchuk shares his memories of the engineer, businessman and rancher.

What qualities do you recall most about Vince?

Vince was a country boy, one of 10 children, from Julesberg, in rural Colorado, who worked his way through a civil engineering degree and eventually through the ranks, with six notable years as a Navy Seabee, including years in Vietnam. He became COO and president of the biggest public civil engineering firm in the world by the time we met in 1988.

His outlook on life can be captured in his favorite phrases: “You never meet anyone that you can’t learn something from” and “I never offered a critique without a solution for consideration.” Everything he did was commendable, and I was made aware of this when reviewing his glowing references from faculty at Stanford and UC Berkeley, when I nominated him for an honorary doctorate. He also received the CU Engineering Centennial medal for the 100th anniversary of the college in 1993, commemorating the 100 most influential people of the college. He was the most interesting person I have ever met, and it is no surprise that it took four-plus published books to tell his life story.

What impact did Vince make on the engineering and construction industry?

I invited Vince to join the Engineering Development Council, of which he eventually became the chair. The main impact he had on the EDC was mobilizing his desire for the college to provide better counseling and advising for students, and even funded a scholarship to help do so, because he wished that he had better resources in this area when he was a student.

How will Vince’s legacy be felt in Colorado and beyond?

Understandably, Vince will be remembered in his early life and career as COO and president of Fluor, a multibillion-dollar civil engineering firm that at the time was the largest in the world.

Vince was the proud owner of multiple ranches in southwestern Colorado, so beautiful and quintessentially Western, that it is not surprising that many of the Marlboro ads were shot on his land. Laden with Western relics and timepieces from farming and ranching, Vince placed his ranches in the land conservation program and was an advocate for other ranchers to do the same, so as to preserve the land and keep ranches as working ranches. Now, the ranches he owned will always be working ranches and preserved as such.