Alexander Caldwell, who recently earned his PhD in Chemical and Biological Engineering, is the co-first author with graduate student Varsha Rao on a new paper in Biomaterials. The work explores beneficial combinations of cells to promote healing in wounds. We asked Caldwell about the research problems the work explores, his time with the Anseth Lab and where his career might take him next.

Question: How would you describe the work and results of this paper?
Answer: “Our lab cultures cells on substrates called hydrogels, which are similar materials to contact lenses. In this project, we designed a new approach to making a cell culture platform, where we take micron-scale hydrogels—or microgels—and assemble them into a larger structure with the cells embedded within. These assembled scaffolds are very porous, with the cells residing within the pores between the microgels.

We found that if we changed the microgel size, the pore sizes between the microgels would vary, which affected cell clustering. The larger the pores, the more clustered the cells. We also found that when the cells were highly clustered, they were producing a lot more proteins that are involved in helping cells grow and survive. We call these proteins ‘cytokines.’”

We discovered that one reason for the clustering helping the cells is a protein on the cell's surface called N-cadherin that interacts with other copies of itself when cells are close to each other. We were able to block this interaction, preventing the clustered cells from secreting a lot of proteins. We also designed a molecule that mimicked N-cadherin and we incorporated it into our networks. By doing this, we could make it so that all the cells were secreting a lot of these beneficial proteins, even when the cells weren't clustered.”

Q: What are some possible applications for this work?
A: “This work has possible applications in wound healing as these beneficial proteins help with tissue regeneration. I have always been interested in finding new approaches to improving cell-based therapies for that kind of application, but I never realized the potential of using hydrogels to that end. Working in Dr. Anseth's lab has been a transformative experience in learning how we can design synthetic materials to influence biological function. My hope is that this work can be expanded to design hydrogel scaffolds that can precisely direct cell function to aid in the field of regenerative medicine.”

Q: Was there a particular aspect of this work that was hard to complete?
A: “One initial challenge we encountered was characterizing the clustering of the cells. As these cells are spreading and interacting with each other in a three-dimensional space, it was time consuming to characterize their interactions using traditional image analysis software. We eventually identified a 3D modeling software called Imaris which was able to characterize the cell clustering and the sizes and dimension of the pores very quickly.”

Q: What research questions are still to be answered after this paper?
A: “When we included the molecule that mimicked the N-cadherin interaction, we observed that the cells began secreting more of a variety of proteins and cytokines. However, the cells weren't just secreting proteins that help cells grow and survive, they were also secreting proteins that could have adverse effects in some situations. For instance, if we wanted these cells to speed up wound healing and tissue repair, some of the cytokines they produce would help cells survive and lay down new tissue, but some might cause the immune response to increase which would slow down wound repair. In the future, we aim to design the networks to better influence and tune what the cells secrete. That way we can increase the amount of cytokines they secrete that would help wound repair without increasing the ones that wouldn't.

Q: Did you enjoy working and studying at CU Boulder?
A: “The Anseth lab has been a profound experience in my scientific career. Doctor Anseth has fostered a collaborative environment between scientists from numerous disciplines. It's been insightful interacting with this diverse group and seeing problems from many perspectives.” 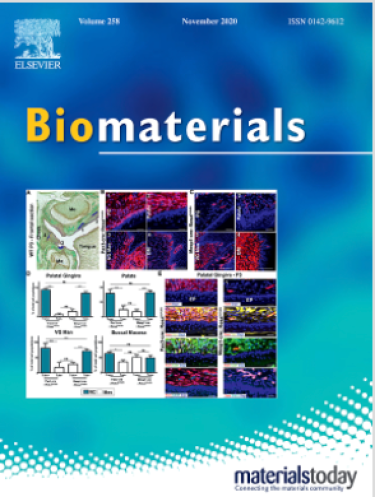