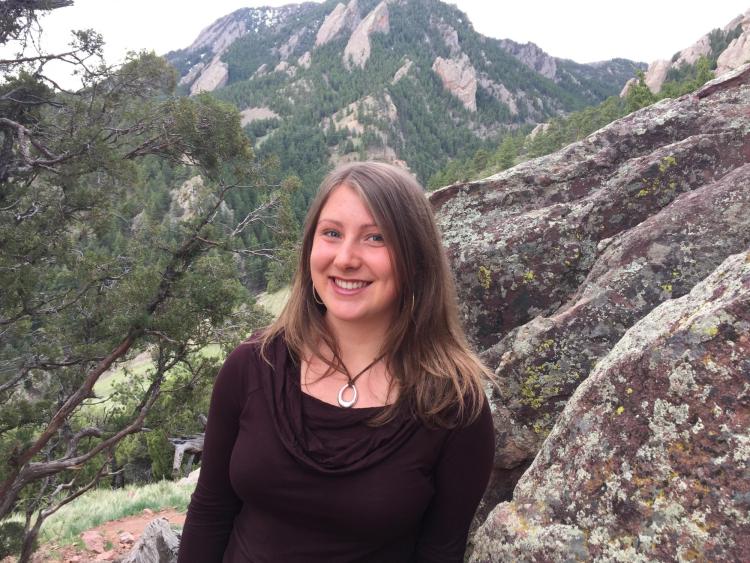 Ellen Considine is the kind of student that consistently goes above and beyond in all her pursuits, say the professors who nominated her for the College of Engineering and Applied Science’s Outstanding Undergraduate Award.

For Considine, that drive has both philosophical and practical underpinnings.

“On a philosophical level, I feel grateful for all that life has given me, and I want to give back and share as much as I can,” she said. “On a more practical level, I think it’s a combination of wanting to put forth my best work, enjoying working hard and genuinely being inspired by the work that I’m doing.”

To find what inspired her most, Considine explored several different opportunities in her undergraduate career, from academic research to global experiences.

It started with a meeting her senior year of high school with Anne Dougherty, a faculty member in the Department of Applied Math. After that, she said, she “began to fall in love” with the program.

“I was especially drawn to applied math’s relevance to a wide array of real-world problems, the flexibility of the area of emphasis, the research opportunities and the advising,” she said.

“In addition to her coursework in applied math, she took additional courses in computer science, statistics, geographic information science (GIS) and economics,” Dougherty said. “She is creating a coherent educational plan that will give her the technical skills to make a real contribution to society.”

The flexibility of the applied math program led Considine to CU Boulder’s Earth Lab, where she’s been a research intern for three years. She said the internship taught her how to harness large amounts of spatial data to investigate policy-relevant research questions, to ensure that her coding workflows were reproducible, and to communicate scientific findings on a variety of platforms.

Those platforms include journal articles – Considine already has three under her belt in which she’s the first or second author, with three more in preparation for publication.

Colleen Reid, the Earth Lab faculty member who recruited Considine and has mentored her for the past three years, said she knew from their first meeting that Considine was “destined to become an exceptional researcher.”

“Ellen is not only passionate about research to influence environmental policies, but she also has the skills and plan necessary to become a leading researcher, as is her career goal,” Reid said. “Ellen’s combination of skills in statistics, computer programming, interpersonal relationships, conceptual understanding, and desire to study things of societal import are rare.”

Her academic achievements earned her plenty of recognition throughout her undergraduate career, including the prestigious Astronaut Scholarship and Goldwater Scholarship. She was also a Norlin Scholar and participated in the Engineering Honors Program.

As faculty mentor for the Norlin Scholars, James Walker said he gets to work with some of the most promising CU Boulder students. Even among that group, Considine stood out.

“Ellen stands out as an exceptional scholar among exceptional scholars. She seems destined to continue to make positive impacts on her communities and the larger world through her considerable academic, professional and artistic contributions,” Walker said.

Beyond the academic realm, Considine also spent three months in Nepal between her freshman and sophomore years, working with the CU Boulder chapter of Engineers Without Borders, a group she’s continued to work with throughout her undergraduate career.

“I think my most important overall takeaway from that summer was acknowledging the complexity of poverty reduction, or international development work,” she said. “Volunteering in Nepal for those three months made me much more aware of the many interwoven complications associated with lack of infrastructure, bureaucratic inefficiencies and cultural change.”

She will carry those lessons into the next phase of her education. Next year, she’ll begin a PhD program at Harvard University, studying environmental health and biostatistics. She received a prestigious National Science Foundation Graduate Research Fellowship to support her studies.

Considine’s eventual goal is work with groups like the National Institutes of Health or World Health Organization on data science-driven policy and programs.

“Environmental health speaks to me because this field has the potential to reconcile tension between sustainable global development efforts, specifically in the economic, social and environmental realms,” she said. “In the field of biostatistics, I can effectively leverage my interests and abilities to advance understanding of environmental and social risks to health, to catalyze more efficient, equitable and transparent distribution of public resources, and ultimately, to help alleviate suffering.”