Alumnus reflects on career as test pilot with Boeing, volunteer work with veterans 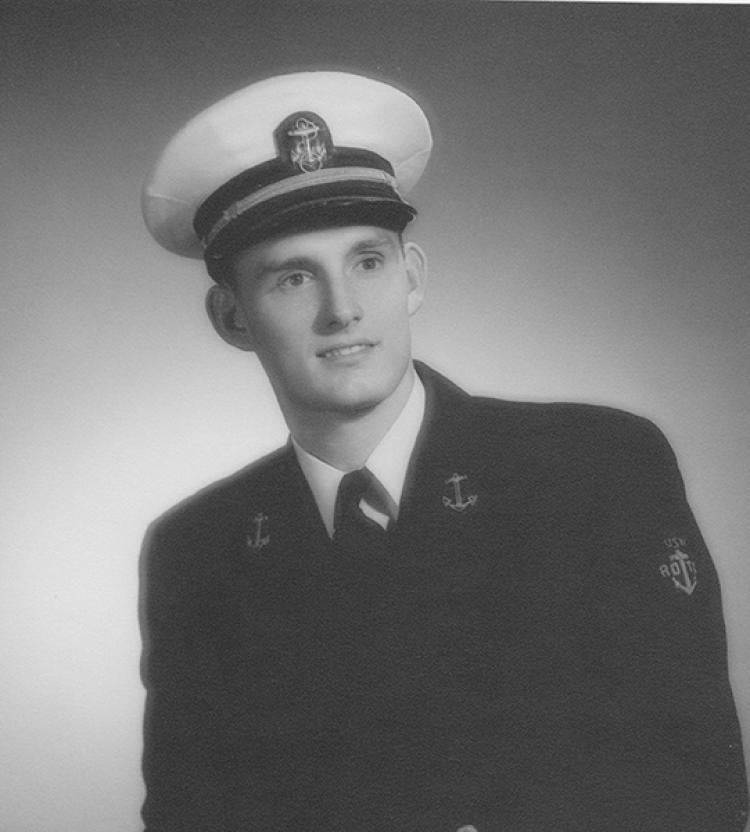 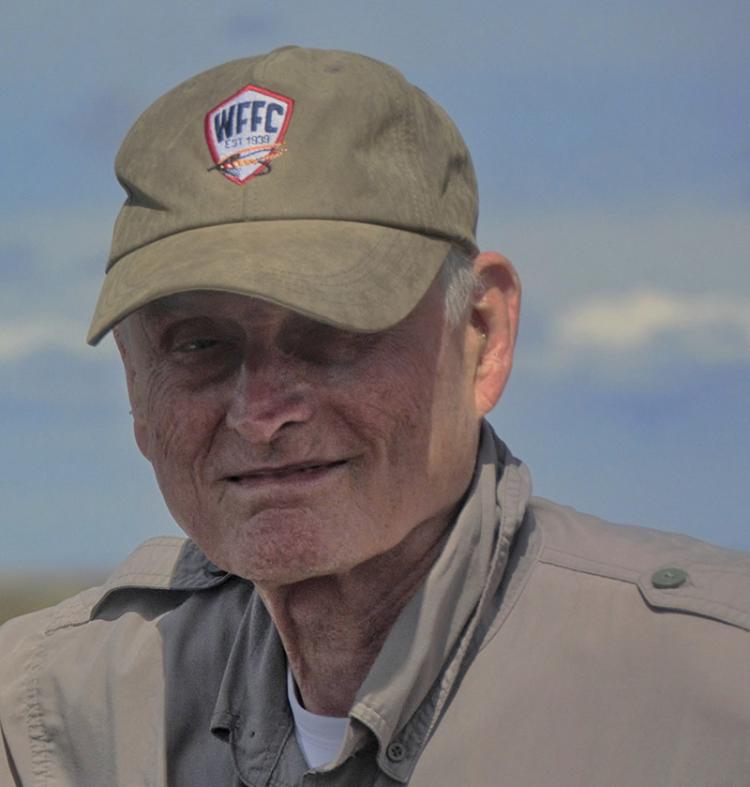 McRoberts in 1955 and recently in Arizona.

When James “Jim” McRoberts retired from Boeing as the chief test pilot of commercial airplanes, he began to volunteer at several organizations. A U.S. Marine Corps veteran, he eventually heard about the Project Healing Waters Fly Fishing, a national organization that introduces combat veterans with Post Traumatic Stress Disorder to the peaceful hobby of fly fishing and tying.

When the program came to his home state of Washington in 2008, his Washington Fly Fishing Club became the sponsor for the Puget Sound Region. He is now the program lead in the Seattle area. He said he enjoys sharing the hobby with those in need, noting that the group hosts two fly tying classes each week and volunteers donated 130 hours last quarter. In all, the group has six fishing outings each year.

“It helps them to quit thinking about what their problems are,” McRoberts said. Time flies when we are teaching the vets how to tie flies or when we’re out on the water,” he said.

McRoberts graduated from the University of Colorado Boulder in 1959 with a degree in aeronautical engineering on an ROTC scholarship with the U.S. Navy and then the Marines. He considered a path through mechanical engineering, but ultimately decided that aerospace looked more interesting–even if he didn’t know what he would be doing with it at the time. He said the engineering college at that time was much smaller, but early luminaries and legends like Professor K. D. Wood made it an exciting place to learn.

McRoberts would eventually retire from the Marines as a colonel after seven years of active duty as a fighter pilot in Vietnam and 17 years in the reserves. After returning to civilian life, he got a job in flight test operations as a test engineer at Boeing in April 1967 and was promoted to the test pilot group in 1972.

“My wife’s brother lived in Seattle at the time and that is where I got the idea to apply to Boeing. Being a fighter pilot and an engineer, they were pretty excited to hire me on,” he said.

During that time McRoberts flew many important 700-series planes for the company. Notably, he was part of the 1997 team flying the 777-200-IGW that set a great circle distance without landing record and a speed around the world, eastbound record on the return flight.

“It could not have been a better place and time for me. I would say the Marine Corps taught me how to be the best person I could be. Then you add in all the good stuff I learned at Boulder going into it and the people I met–It just worked out perfectly,” he said.

McRoberts currently lives in Bellevue, east of Seattle. As a proud alumnus, he frequently donates to the College of Engineering and Applied Science, noting that if he hadn’t gotten a scholarship, he wouldn’t be where he is today.

“I think I owe a lot of the success I have had to what I learned there,” he said. “I am always impressed with what my investments have helped build. I love that place and the people I went with.”

We want to keep alumni informed about what’s going on at the college and keep them connected to our community.

If you haven't already, please share your current contact information with us or send it to engalumni@colorado.edu and we’ll update it for you. We want to know about your new job, new location, or any other exciting updates you may have. That info may be shared through social media, electronic newsletters, articles like this and the annual magazine!