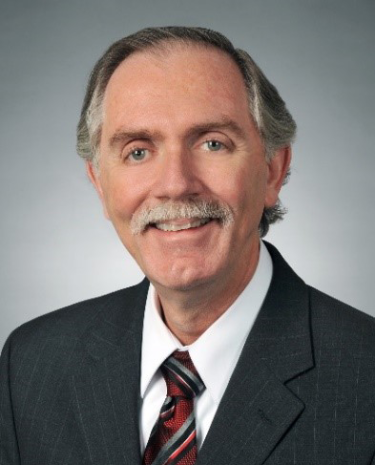 Roger McNamara’s notable contributions to the aerospace industry and community over his 40-year career include early research into and characterization of the hazards of orbital debris to space vehicles and operations, and potential mitigation strategies; improvements in space vehicle design and development, for both manned and unmanned systems; and most significantly, leadership in advancing technological innovation for the new era of human deep space exploration.

McNamara’s early research into space debris generation and the associated long-term effects in the geosynchronous region has helped to heighten the awareness and associated concerns of the hazards associated with space debris for geosynchronous orbit (GEO) satellites. McNamara’s research has helped to lead both the U.S. and European aerospace communities to evaluate on orbit refueling, re-orbiting and de-orbiting at end of life, and using debris storage orbits.

McNamara has served as an adjunct professor to the University of Denver in the Mechatronics Systems Engineering Master’s Degree Program, focusing on launch vehicles, orbital mechanics and space environments. This successful joint Lockheed Martin-DU program enhances the skill base of Lockheed Martin’s practicing engineers. McNamara has maintained close involvement with the University of Colorado through the Smead Department of Aerospace Engineering Sciences and the Colorado Center for Astrodynamics Research. He has given several lectures to CU classes, met with faculty regarding research and student support, and provided professional assistance to the student chapter of AIAA. He has invited faculty to attend major launches at Cape Kennedy and provided reports of his company’s space projects.

McNamara has been a member of the AIAA for 42 years, starting as a student member. He has a long history of leadership and innovation in the AIAA, specifically as a member/leader of national committees and TCs (finance, IDC, YMC, orbital debris subcommittee of the LV TC) and the Rocky Mountain Section Council.