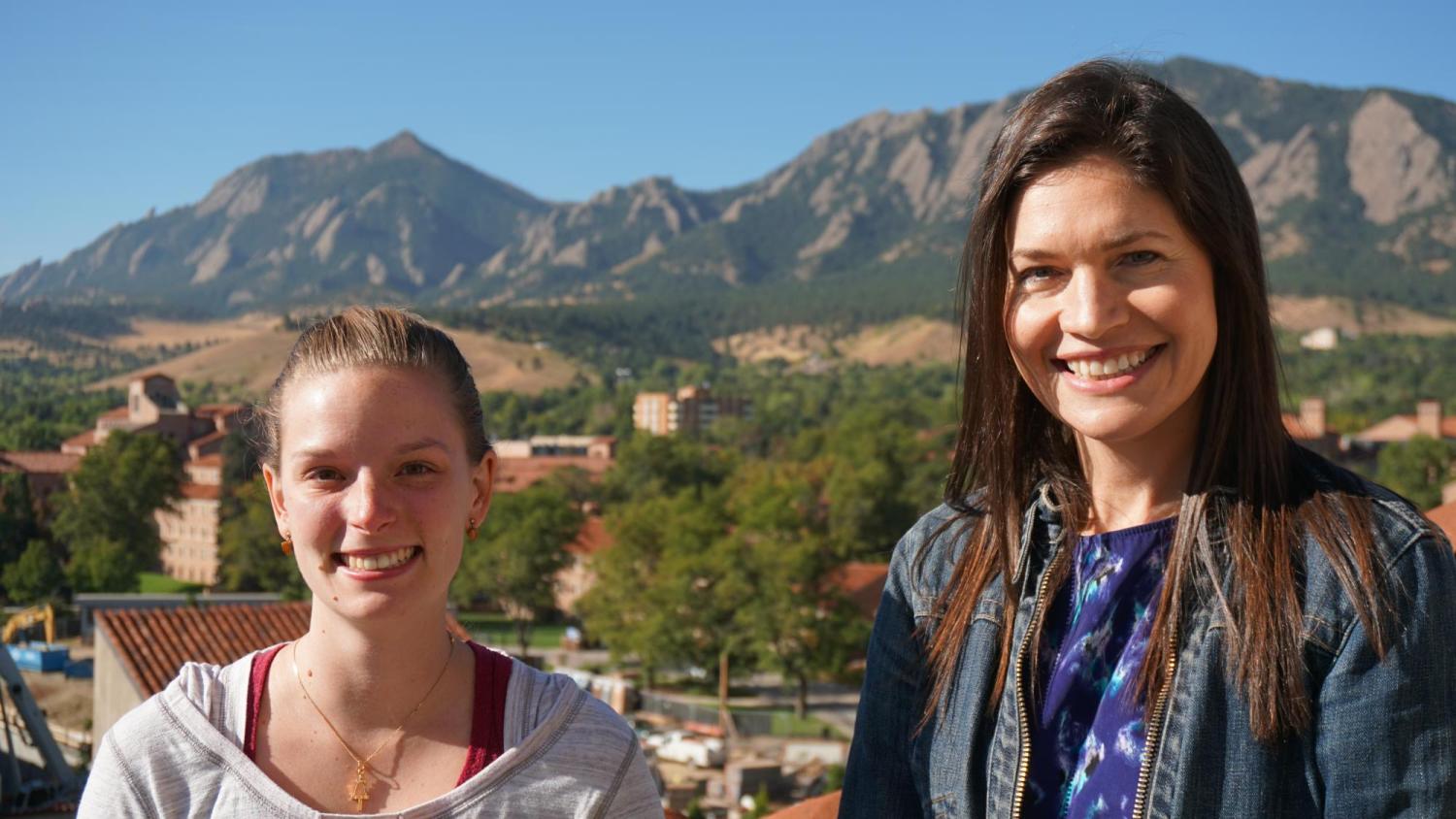 Undergraduate Stacy Hayes and graduate student Jen Peyrot have both received a prestigious SWSIS award — only 16 were given out this year — that grants at least $5,000 to each winner. “It’s unusual for a university to have more than one student recipient of this national award in a given year,” said Dan Massey, director of the Technology, Cybersecurity and Policy program. “We have many women expressing interest in cybersecurity at the college, and to have two of our students recognized in this way shows the caliber of work they are producing.”

Hayes is a senior studying computer science, where she is also pursuing a business minor. She is president of the CU Boulder Tau Beta Pi chapter and is actively involved in Women in Computing.

Originally planning to get a business degree, Hayes made a last-minute decision to apply to engineering school instead. “I always liked math,” said Hayes, “and a friend told me I’d be a great engineer. Now she gets to say ‘I told you so.’”

“With my dedication to help protect the nation, I recognize that my understanding of information security concepts is crucial so that I may be part of preventing further breaches. The safety and security of this country remains of the utmost importance and I want to dedicate my life to being part of the solution.” - Stacy Hayes

She discovered a strong aptitude for coding and fell in love with computer science, but after exploring possible career paths she might take with her degree, they all came up short for her.

“None of them seemed to fulfill my desire to contribute back to society,” Hayes said. “My search led me to national defense, where I could make a bigger impact.”

She is attracted to cybersecurity because it is a constantly evolving field that, as she says, will never be fully figured out. Hayes has interned for two summers in software development at Lockheed Martin, where she participated on teams with a broad range of security expertise. She hopes to work there after graduation and contribute to protecting national security.

From the Army to the classroom

Shortly after signing up for her first cybersecurity course, Peyrot decided to pursue a Master’s of Science in Technology, Cybersecurity and Policy. She wasn’t completely new to the subject, however, having previously served as a signals intelligence analyst in the U.S. Army.

“When I was in the Army, I was a codebreaker, which is really data security, but people didn’t call it that back then,” Peyrot said.

After the Army, she became a teacher and then an instructional technology coordinator in the St. Vrain Valley School District. In 2017, she organized a GenCyber camp with some advice and guidance from Massey. She began supporting teachers who were piloting cybersecurity education in the classroom and quickly became the point person for cybersecurity in the whole district.

“Even if students don’t go into the field of cybersecurity, they can bring that perspective into their business, and they can realize that this is part of everyday life and something that everyone needs to consider.” - Jennifer Peyrot

“Even if students don’t go into the field of cybersecurity, they can bring that perspective into their business, and they can realize that this is part of everyday life and something that everyone needs to consider,” said Peyrot.

The district is especially supportive of cyber education because there are so many cybersecurity firms in the area. Peyrot is engaged in developing partnerships with these companies to give students an opportunity to practice what they learn and see if this might be a career path for them.

She plans to continue her role in the school district while pursuing her master’s at CU Boulder. She noted that, as a teacher, the scholarship was essential for her to be able to afford graduate school. 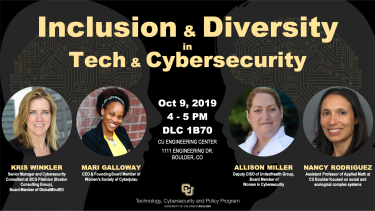 Inclusion and Diversity in Technology and Cybersecurity
4-5 p.m. on Oct. 9, 2019
learn more