It takes a global village

During their trip to Brazil this summer, engineering undergraduates Claire Butler and Kate Tomlinson enjoyed the typical excitement of experiencing a new culture—sampling local food from street vendors, visiting beaches and national parks and making new friends. They also learned what it’s like to solve engineering problems in a context outside of the classroom.

Their two-week trip, part of a CU Boulder Global Intensive, explored the challenges of sustainable development in Brazil through visits to two essential and equally threatened regions of the country: the Amazon rainforest in Acre and the coastal Atlantic Forest of Bahia. The faculty-led immersion program expanded on material that Butler, Tomlinson and their classmates had studied throughout the preceding semester in an environmental studies course.

Peter Newton, assistant professor in CU Boulder’s Environmental Studies Program and a faculty lead on the trip, said the course was intended to give students “a firsthand, in-depth understanding of the nuances and complexities of conservation and sustainable development challenges in and around Brazil’s tropical forests.”

A $24,000 CU Boulder Outreach Award partially funded the program, which aims to establish an ongoing exchange of interdisciplinary knowledge about sustainable development between students and community and government representatives, using tropical forests as the classroom. 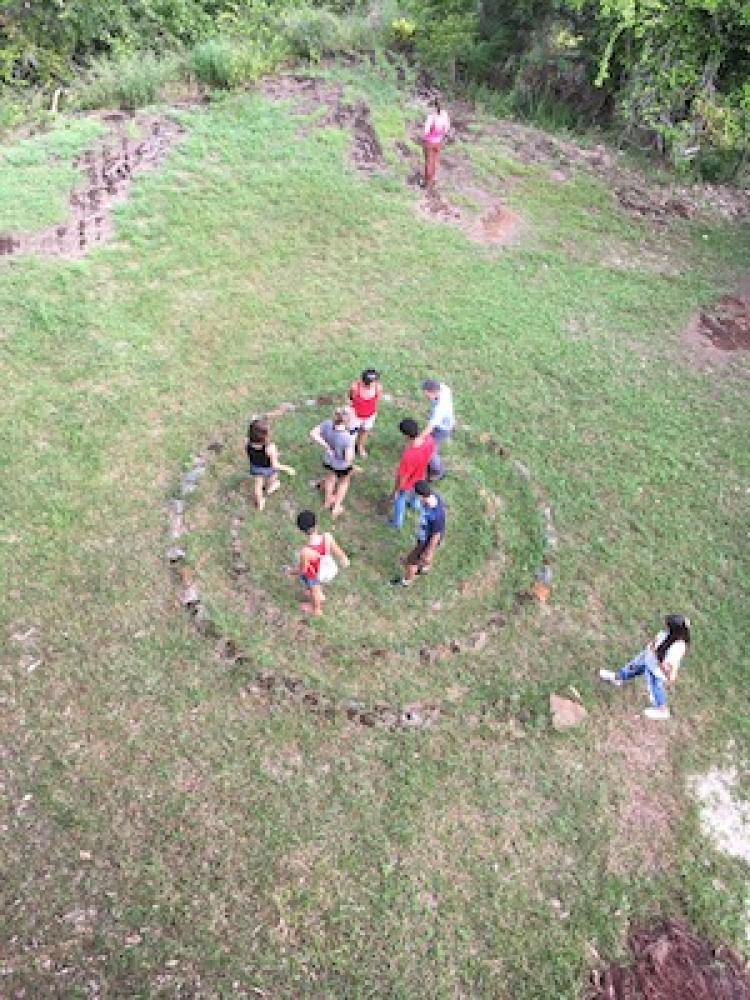 Butler, Tomlinson and their classmates used Skype to connect with students and faculty at the Federal University of Acre and the State University of Santa Cruz, with whom they would collaborate in Brazil. CU Boulder law professors, who are part of a larger collaborative partnership between CU Boulder and Acre, explained international laws impacting the communities they were going to visit.

The class also researched and test-assembled a biogas digester the students planned to install as a prototype in Bahia. The inflatable digester, about the size of a riding lawn mower, turns organic material into fertilizer as well as methane gas to power cookstoves.

Professor Bernard Amadei, who co-taught the course and joined the team in Bahia, stressed the importance of preparation and the value of the fieldwork the class would undertake.

“You learn from nature. Going into the field allows you to have a broader perspective,” said Amadei. “You see the forest. You get to talk to the people. You look at the dynamics of a different culture. You need to be prepared to do that."

"We were the outsiders"

In Brazil, the CU Boulder team visited a rubber-tapping operation, a lumber mill, a ranch and a cacao factory. Throughout their time in the country, they explored local issues in collaboration with Brazilian university students and professors.

“A lot of their majors were directed toward the Amazon and Atlantic rainforests and the issues directly influencing their community,” said Tomlinson. “They were more familiar with the issues that we were talking about.”

Tomlinson met with the former governor of Acre and his wife, and participated in a discussion with government and community leaders. She experienced firsthand the tensions of communities that strive to be progressive societies — and need to use resources to build and grow — and the equally pressing interest in conserving those same resources for the future.

“There are two sides of the story,” Tomlinson said. “We are the outsiders coming into the community, and we don’t know all the issues.”

When they were setting up the biogas digester, this became especially apparent when the Brazilian students questioned the cost-effectiveness of the digester. In response, students from the CU Boulder Environmental Studies Program conducted a cost analysis comparing the digester to the inexpensive propane gas for cooking stoves that is delivered monthly to the town.

“We were just looking at the problem systematically,” Butler said of her engineering mindset. “We need to broaden our definition of who’s affected and what we need to take into account. We need the human part.” 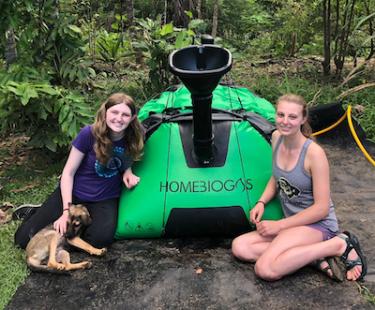 Kate Tomlinson and Claire Butler in Bahia with the Biogas Digester

Colleen Scanlan Lyons, also a faculty lead on the trip, is co-director of LEEP, the Laboratory for Energy and Environmental Policy innovation, and project director of the Governor’s Climate and Forests Task Force. She helped to established the relationship with the government of Acre in 2017 and said that Acre is considered a model for other Amazonian states because they have shown that they can attract international development.

Marcia Pereira, former chief of staff to the governor of Acre who helped to establish the partnership with CU Boulder, said these collaborations are important for many reasons. The exchange of research brings knowledge and different models that help the Brazilians advance their technology. Of equal importance is the awareness that international cooperation brings.

“We have to keep these partnerships going,” said Pereira. “Even when political administrations change, we are still doing research, we are still having international cooperation and we are still moving forward.”

Tomlinson and Butler were inspired by the dedication of their collaborators in Brazil.

“We should all be working toward this, more like this younger generation here,” Butler said. “It isn’t just me or this one school. There is a huge variety of people with different backgrounds around the world working on this.”

Toward the end of their trip, all the students, faculty and partners walked into the forest and joined hands around an immense tree trunk as a symbol of what they learned.

“One person can’t save a single tree,” Tomlinson said. “It takes all of us — ant experts, bird experts, forest engineers — to help the forests survive for generations to come.”