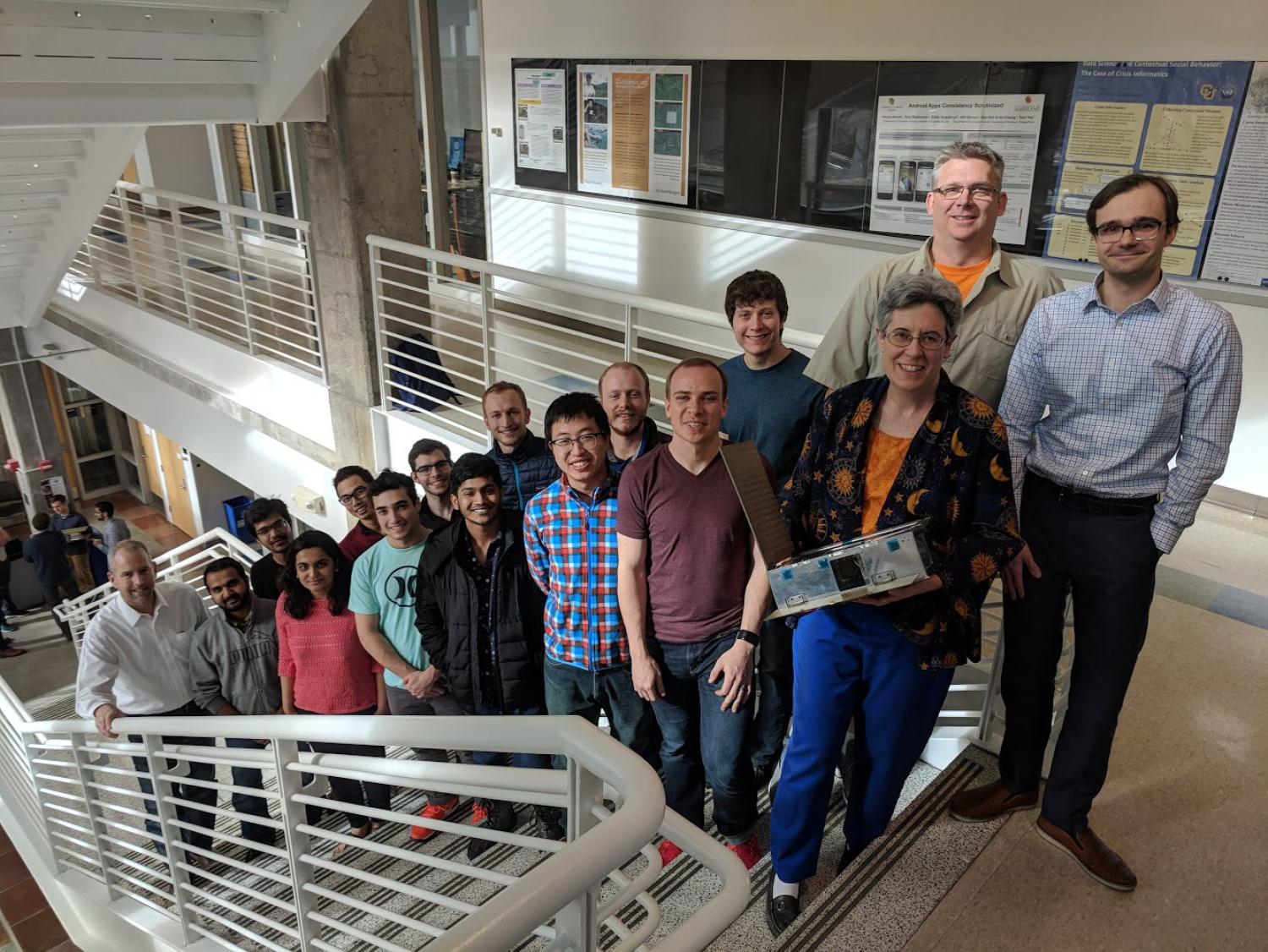 Amidst a fruitful career as a language professor and technologist, Sarah Withee joined Gen Z and Millenial students to become an electrical engineer.

From a very young age Sarah Withee was intrigued by astronomy, black holes and quasars. In high school she followed a math and science track, but in college pursued a very different direction—education and linguistics. Now in her 40s, Withee has returned to engineering and is beginning a second career.

“In undergrad I didn’t know about engineering. I had done physics, biology and chemistry and none of it was thrilling. I hated calculus, so I did linguistics and studied Russian and later received a master’s in teaching Japanese,” she said. 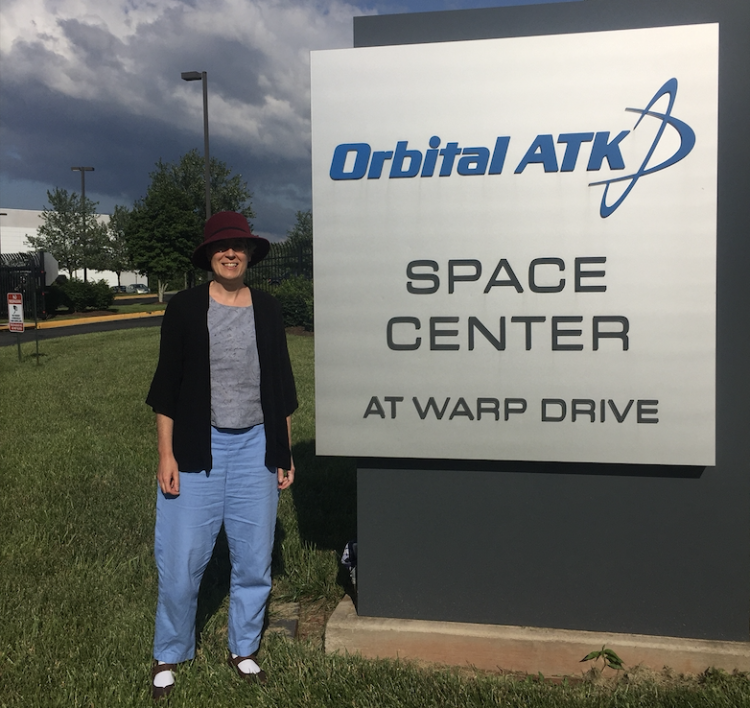 Now, she is a few days away from receiving her bachelor of science degree in electrical engineering from CU Boulder.

In 2015, Withee walked away from her career in language teaching to pursue her dream. She likened it to “jumping off a cliff with a parachute and no idea if it was going to open or not.”

In addition to school work and returning to life as a student, Withee encountered unfamiliar cultural differences. A seasoned professional, she is from a different generation than the majority of her millennial and Gen Z CU Engineering peers.

“There is definitely an energy and enthusiasm—a way of looking at the world that I’m thinking, ‘Ok, I kind of like this.’ My generation is a bit more resigned to the idea that the world is a certain way and nothing will change. And students have great ideas about trying things and the way that things can be. Good stuff has come out of being part of what is essentially a different culture.”

Her shift to engineering began in 2013. At that time, Withee was working at Colorado College as an instructional technologist. One day, she found herself fascinated as she observed a faculty member teaching linear algebra.

“Every day faculty asked me for help finding the best technology to enhance their teaching and learning. A problem solver at heart, I always started with a few questions: ‘What are you teaching? What challenges are your students having? Can I observe you teaching?’”

She had never stopped loving astronomy and outer space and Withee was so interested she ended up sitting in on every lecture in the course.

Inspired, she began to consider studying engineering even though she was in the middle of a different career. She soon met another woman who had switched careers to receive her mechanical engineering degree and after a few conversations, got serious about finding the right electrical engineering program.

With an eye toward space exploration, CU Boulder was a lead contender. Then she learned about two influential CU Engineering alumni,  Nate Seidle (EiEngr‘04) founder of SparkFun and Leah Buechley (MSCompSci’03, PhDCompSci’07) who is working on wearable technology. “They introduced me to the intersection of entrepreneurship and engineering. [These experiences] really drew me here. We’ve got people who are thinking differently about engineering. It’s not the same old. CU has produced people who are really thinking outside the box.”

In her junior year, the major changes and hard work were made worth it when Withee began working as a communications lead for a nine-person team to design and build a microsatellite that will communicate with earth from beyond lunar orbit.

“We were competing against a NASA deep space orbit satellite. We were trying to transmit back to earth from beyond lunar orbit with a tiny satellite the size of two loaves of bread. The chance to work on something like that and be on a team of people that are trying to make that happen has been absolutely incredible. Working on amazing projects with incredible people is why I got into engineering.” 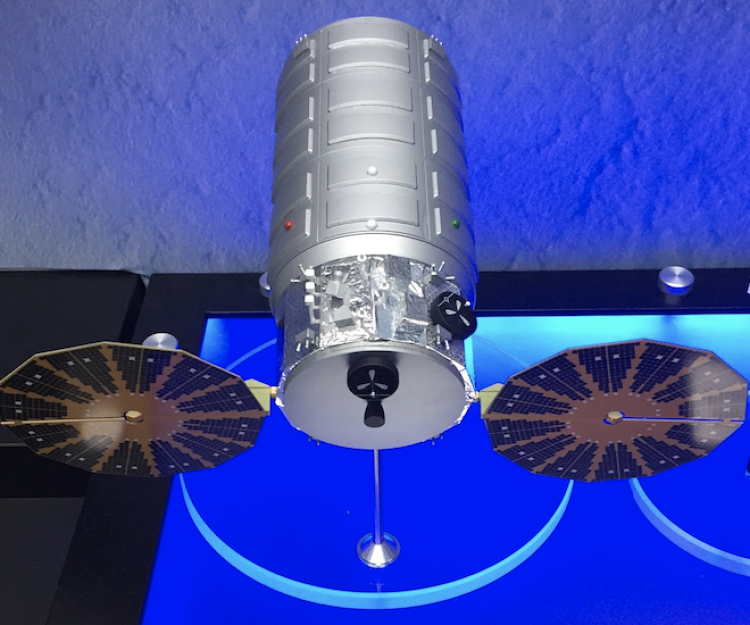 Scale model of the Cygnus spacecraft that Withee worked on in summer 2018.

Through the hands-on project learning at CU Engineering, Withee realized that she is uniquely suited to help manage projects and people by asking some of the same questions she asked as a classroom-based language technologist: what are you trying to achieve and how can we do it better? Her first step out of the classroom and into work in the aerospace field came In 2018 when Withee had an internships testing satellite hardware with Orbital ATK (which has been acquired as Northrop Grumman Innovation Systems), located outside Washington D.C.

She graduates this May with a BS in electrical engineering. After graduation she’ll be joining the Johns Hopkins Applied Physics Laboratory Space Exploration Sector RF Engineering Group, which designed and built the communications system for the New Horizons mission to Pluto. As for upcoming projects, Withee said her new lab has “a bid on a mission to Titan, called Dragonfly, and they should know this summer if they will be moving forward with that. Whether or not we win that bid, I’ll still be doing what I love, working on communications systems for spacecraft.”