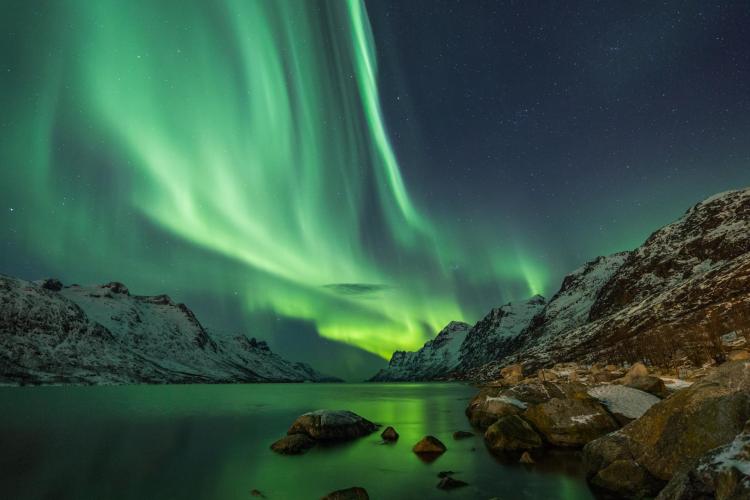 The team at CU is led by the Space Weather Technology, Research and Education Center with contributions from Stanford University, Lockheed Martin and the National Solar Observatory in Boulder.

Researchers at CU Boulder are starting work on a new collaborative grant from NASA and the National Oceanic and Atmospheric Administration (NOAA) that will improve solar wind modeling.

The team at CU is led by the Space Weather Technology, Research and Education Center with contributions from Stanford University, Lockheed Martin and the National Solar Observatory in Boulder. This is the first such grant the new center has received and the first time a group from CU has worked with the National Solar Observatory on a NASA grant, said center Director Thomas Berger.

The Space Weather Technology, Research and Education Center is a multidisciplinary center within the College of Engineering and Applied Science. The center, a main component of the university’s Grand Challenge, brings together diverse research on space weather occurring across the university and the Front Range.

The project, which runs for 12 months and is funded at $287,000, is titled Improving Magnetic Field Boundary Conditions for Solar Wind Models. It is part of a new NASA and NOAA Operations to Research (O2R) program, which aims to communicate space weather forecasting challenges to the research community who can then find innovative solutions.

Solar wind is the stream of high energy charged particles carrying the sun’s magnetic field into our solar system, where it can interact with planetary magnetic fields. There can also be large eruptions of magnetic field, known as coronal mass ejections, embedded in the solar wind that can significantly disturb the Earth’s magnetic field, causing large “geomagnetic storms.”

The best-known impacts of these storms are the colorful lights of the aurora borealis. If they are powerful enough, however, they can cause problems with satellite communications, transmission lines and GPS navigation. While those effects are rare, our society is increasingly reliant on those technologies. That makes it important to understand and predict these storms as accurately as possible.

Currently, both NOAA’s Space Weather Prediction Center and the U.S. Air Force use a combination of models to forecast the solar wind speed and density conditions at Earth. The input to these models comes from the National Solar Observatory’s Global Oscillations Network Group (GONG) telescope array, a collection of six solar observatories positioned around the world. But because these telescopes are ground-based, they are challenged when imaging the sun through the Earth’s own turbulent atmosphere.

That can lead to inaccurate data, said Berger.

Berger said the new project will “recalibrate” the GONG data to make them more accurate across the entire solar disk and compare the GONG ground-based magnetic field data with data measured in space by Japan, the U.S. and the United Kingdom’s Hinode mission and NASA’s Solar Dynamics Observatory. The grant will also fund work to test these new inputs and gauge the level of improvement in the forecasts.

The Space Weather Technology, Research and Education Center aims to produce breakthrough research advances and innovative mission technologies that are directly tied to the needs of the operational forecasting enterprise. Their goal is to ensure closure of the research to operations loop, and Berger said this award fits that mission perfectly.

“The O2R program is the first time that NASA and NOAA are working together to fund improvements to space weather forecasting, and CU’s new space weather center is at the forefront of this exciting effort,” he said.