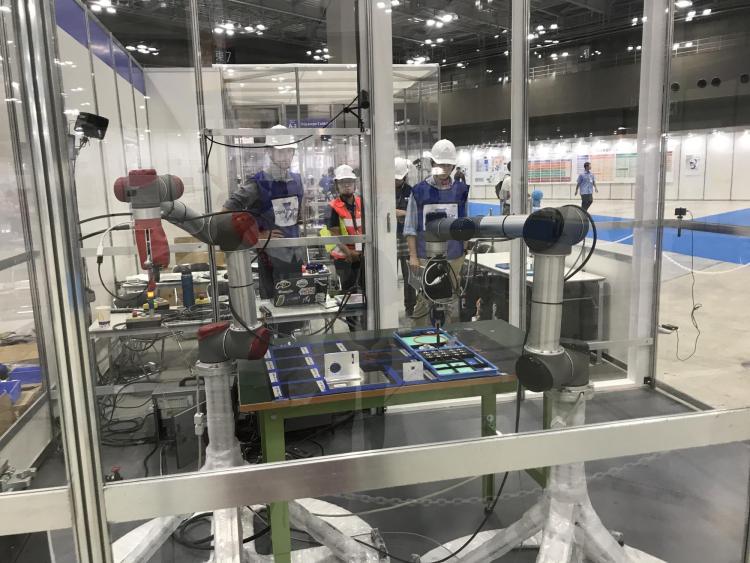 The CU team working on the 3D assembly task in Tokyo. 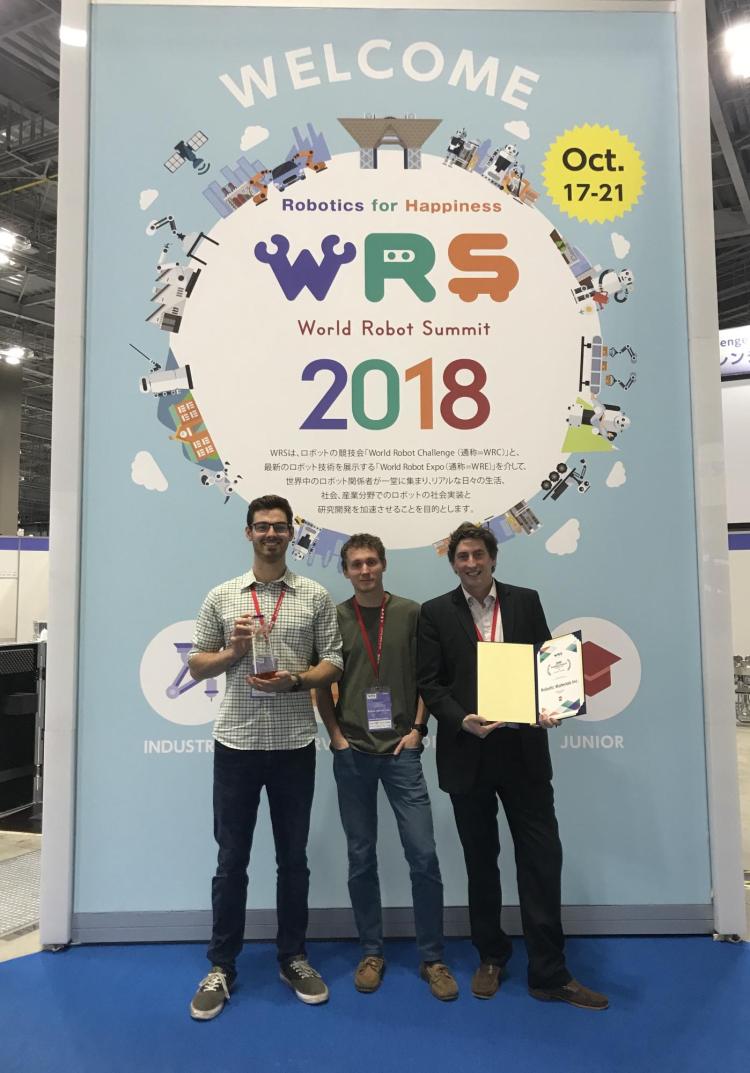 The CU team with their award.

CU Boulder students and faculty won the President’s Award from the Japanese Society of Mechanical Engineers at the Industrial Assembly Challenge in Tokyo this week.

The competition was part of the World Robot Summit, which was organized by the Japanese government. Sixteen teams from across the globe were asked to create a robotic system that could assemble a mechatronic product consisting of pulleys, rods and an electric motor for the challenge.

The goal of the challenge was to drive the development of robots that can be configured to help with the typical assembly for things like iPhones or a printers in the same day instead of the current weeks to months timeline. The competition consisted of three parts, each modeling realistic industrial processes including part kitting, assembly of standard industrial parts on a 2D plate and then the creation of a full 3D assembly consisting of more than 30 mechanical parts.

The CU team was formed around the CU spinoff company Robotics Materials Inc., which was founded by Associate Professor Nikolaus Correll. Their system to handle this problem was lean, using far fewer parts than other competitors. It featured two robotic hands that worked in concert, with one holding the part and the other assembling onto it. They also constructed a screwdriver that their hand could interact with.

The team was funded by a grant from Colorado’s Advanced Industry Accelerator program to the university as well as money from the National Science Foundation’s Small Business Innovative Research program given to Robotic Materials Inc. Technology used from the company used in the challenge was licensed from CU.

Miller served as the lead engineer for the challenge. He said the team was pleased with the results from the competition and the recognition.  “All of the teams took notice of how we were able to score first in the kitting and second in the plate assembly category, coming in with just two people and four suitcases,” he said. “And many teams have expressed the desire to experiment with the Robotic Materials’ smart hands we used going forward.”

Robertson said he was in the middle of taking midterm exams during the competition, which made things stressful. Still, he said he learned a lot.

“Participating in the competition gave me so many ideas on how to make robot programming easier and allow even non-engineers to quickly repurpose a robot to help them with their tasks,” he said.

This was the first time the competition was held and the next will be in 2020. The CU Boulder team was the only American entry.