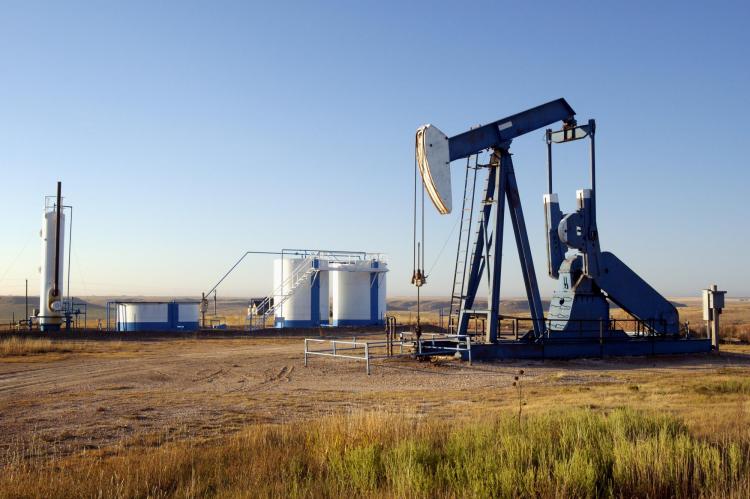 The $12 million AirWaterGas project was funded by the National Science Foundation to study the environmental, economic, and social tradeoffs of oil and gas development and their relation to public policies and regulations.

A massive research and education effort on energy and environmental issues led by CU Boulder engineering faculty is ending after a five-year run with significant results relevant to Colorado’s growing energy industry.

The $12 million AirWaterGas project was funded by the National Science Foundation to study the environmental, economic, and social tradeoffs of oil and gas development and their relation to public policies and regulations.

The broad project included detailed scientific research into air and water quality and sponsored many public outreach events along the Front Range. Researchers from a variety of disciplines and institutions, including regional universities (Colorado School of Mines and Colorado State University) and research organizations (National Oceanic and Atmospheric Administration and National Renewable Energy Laboratory) participated in the network.

CU Boulder Professor Joe Ryan served as the faculty director for the project. He said his team’s goal was to have more science considered in decisions about oil and gas regulation. Overall, there were several important findings from the project to that end:

Ryan said Colorado served as a fertile testbed for much of the work thanks to fast growth of oil and gas development here, the presence of three different kinds of oil and gas basins, the availability of data collected by the state, and recently, the ballot initiatives about oil and gas drilling setbacks.

“We recognized that those affected by the rush of oil and gas development happening right now, particularly in Colorado, were getting info from two opposing sides – the oil and gas industry and environment groups,” he said. “They didn’t have a way to reconcile that information and make judgements. Hopefully, the research of the AirWaterGas network does that and helps people recognize that there are pros and cons to a lot of these decisions and no easy answers.”

Ryan said he was especially proud of the outreach the project did along the Front Range including programs at local schools and participating in public forums, which was supported through the Office of Outreach and Engagement. Several of these efforts included small community grants to help fund continuing education for students, particularly in small cities like Paonia in western Colorado that are dealing with energy development.

“That was something we will look back on and say ‘we made an impact on a small scale with those individuals,’” Ryan said of the school grants. “If you can get them thinking about these things in high school, it’s something they will be better prepared to make decisions about as adults.” 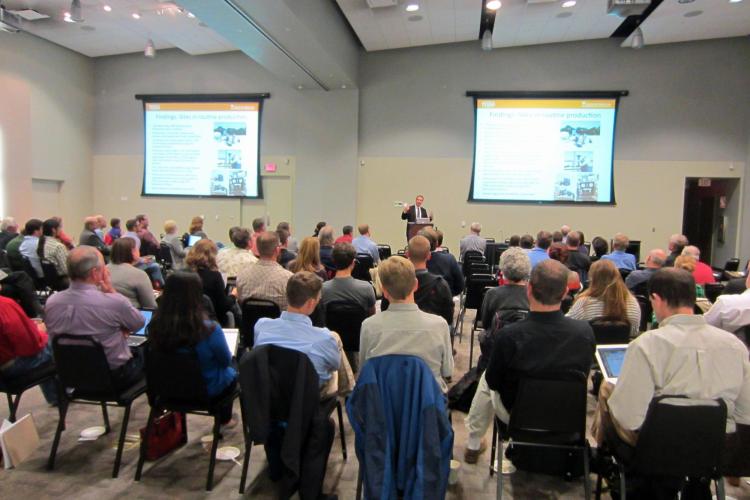 CU Boulder Professor Joe Ryan said he was especially proud of the outreach the project did along the Front Range including programs at local schools and participating in public forums like this one on air quality.

The research network was made up of 27 funded investigators from 10 institutions on 12 topic-focused research teams. Other CU Boulder College of Engineering and Applied Science faculty involved in the project were Professors Mike Hannigan and Jana Milford, both in the Department of Mechanical Engineering, and Professors Karl Linden, Joe Kasprzyk and Harihar Rajaram in the Department of Civil, Environmental and Architectural Engineering.

Ryan, who serves in the Department of Civil, Environmental and Architectural Engineering, said one of the benefits of a project this large and long was the expertise each researcher would be taking with them to the next project, which are likely to be smaller and more focused, but still often requiring a multidisciplinary approach.

“Trying to address these different elements was challenging, not only because of the normal organizational problems that come with a group this large, but also because of the political nature of the problem as well,” he said. “But there’s now a lot of expertise to build on.”