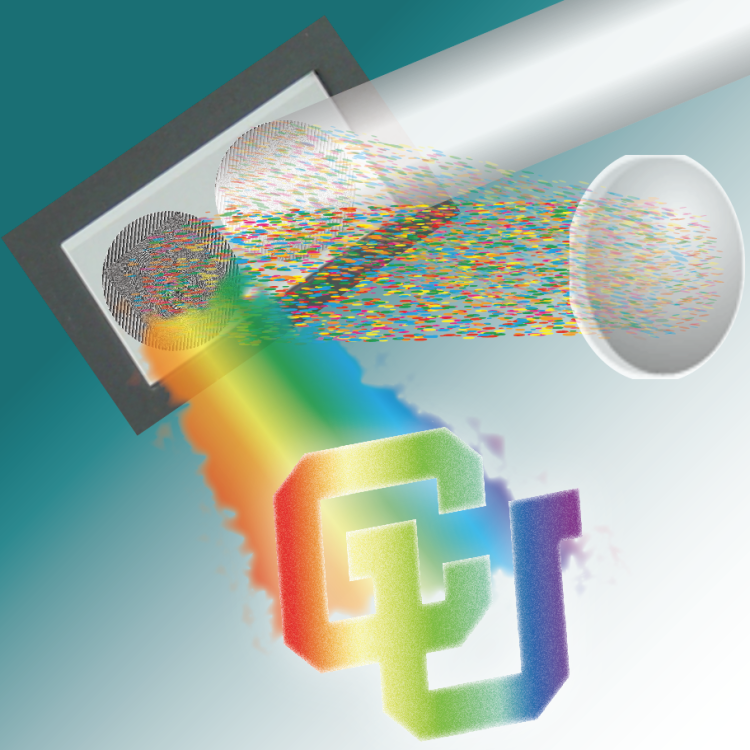 A paper by CU Boulder Professor Rafael Piestun and PhD candidate Haiyan Wang on diffractive optics was recently published in Optica, the most prestigious journal published by The Optical Society of America.

Diffraction refers to a variety of phenomena occurring when a wave encounters an obstacle and bends around it. Diffractive optics are widely used today in imaging, holography, microscopy and manufacturing. Previous work has shown that extending diffractive optics from two dimensions to three dimensions enables new functionality and improves system performance. The paper suggests a way to make the two-dimensional waves three-dimensional in real time with a simple modification to existing devices controlled with a computer. This is done with multiple bounces from a single spatial light modulator - a versatile pixelated device widely used in optics labs to shape laser beams. The innovation is relevant to the consumer applications as well as to the scientific community said Piestun, who works in the Electrical, Computer and Energy Engineering Department.

“I am excited because this is something we have been working on for a while,” Piestun said. “We published a paper on 3D diffractive optics several years ago, but these devices are difficult to reconfigure dynamically. If you can control the device with a computer, it will make it that much more accessible for the community - especially for people outside of the field. Lots of people are doing diffractive optics today, but don’t have access to the third dimension because of difficulty in getting into the fabrication process. The bar is now lowered to get access to these types of elements.”

This new advancement can be used in a variety of ways said Piestun. One would be in holographic displays that are multi-colored. Another application would be with super-resolution microscopes, when trying to look at molecules that are different colors. Additionally, 3D diffractive optics could also be applied in fiber optics technologies to launch different laser beam profiles down the fiber.

The research was sponsored by the National Science Foundation-supported STROBE Science and Technology Center. Piestun is co-PI for the center, a collaborative exchange between six universities across the U.S to advance imaging science and technology and build the microscopes of the future.