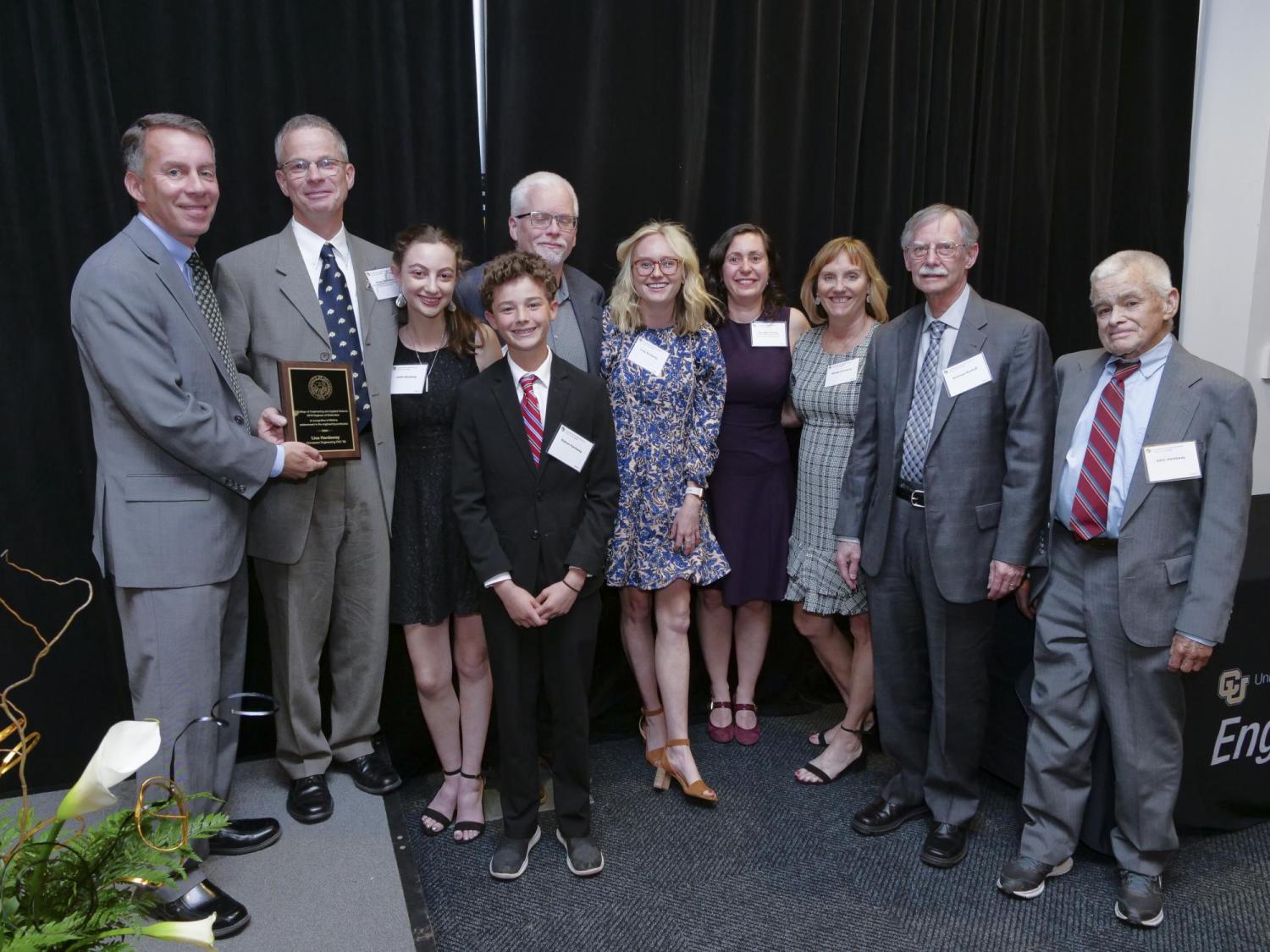 Without Lisa Hardaway (PhDAeroEngr’00), our picture of the universe wouldn’t be nearly as clear.

Before she passed away in 2017, Hardaway contributed to both the Hubble Space Telescope and the New Horizons mission, which led to the first color, close-up images of Pluto. Dean Bobby Braun said that’s what he thinks of first when he thinks of Hardaway.

“Without Lisa and the development of the spectrometer on that mission that took these close-up images of Pluto, you wouldn’t know what Pluto looks like,” he said. “You wouldn’t be able to argue with your kids over the dinner table if it IS a planet – which I say all the time.”

Hardaway, an accomplished program manager at Ball Aerospace and dedicated CU champion, was honored with the College of Engineering and Applied Science’s Engineer of Distinction Award on April 27 at the annual Distinguished Engineering Award Banquet. The award was established in 1997 to recognize lifetime achievement in the engineering profession.

“When I think of what we’re doing now in the college and our goals of gender equity in the undergraduate population, or I think about our Ball Sisters event earlier this year where women from Ball came to campus and mentored our undergraduate women in engineering – Lisa would have been at the forefront of that, there’s no question.”

He added that Hardaway was a dedicated member and chair of the Smead Aerospace Engineering Sciences industry advisory board, and was instrumental in the development of plans for the new aerospace building.

“In her career, she could only be described as a pioneer, as a technical leader, as someone who was built of community service and as a role model for others,” Braun said.

Hardaway’s husband James, also a program manager at Ball, attended the awards banquet, along with the couple’s children and several other family members. He shared how, in the 26 years he knew her, Lisa was always a role model for those around her.

In the 1990s, the two were part of large group of 20-somethings working at McDonnell Douglas. The group spent a lot of time together – working, eating and just hanging out.

“Lisa, even then, was a leader,” James said. “She was the one who people looked to for advice, not just in work.”

He also remembered how much she loved doing informal interviews with students and how, every year, she would ask to mentor an intern at Ball. Many of those interns were women, he said.

“Being a woman in traditionally male-dominated position was very difficult, and she excelled, and she was able to show those students how to succeed in that environment,” James said.

“Every day, our family misses her guidance and advice, and we really miss her love. But we also remember the things that she gave us.”