She helped scientists at the Laboratory for Atmospheric and Space Physics develop data analysis software for the IMPACT student dust counter. She interned at the Federal Communications Commission, where she got to see how government is using technology to inform policy decisions. She experienced life at a startup with Next Energy Technologies, and spent a summer at Microsoft partner Avanade in Seattle.

But it was through a Discovery Learning Apprenticeship that Okeson found her calling in the field. She was paired with advisor Sriram Sankaranarayanan, and got to help create algorithms for his artificial pancreas verification project. 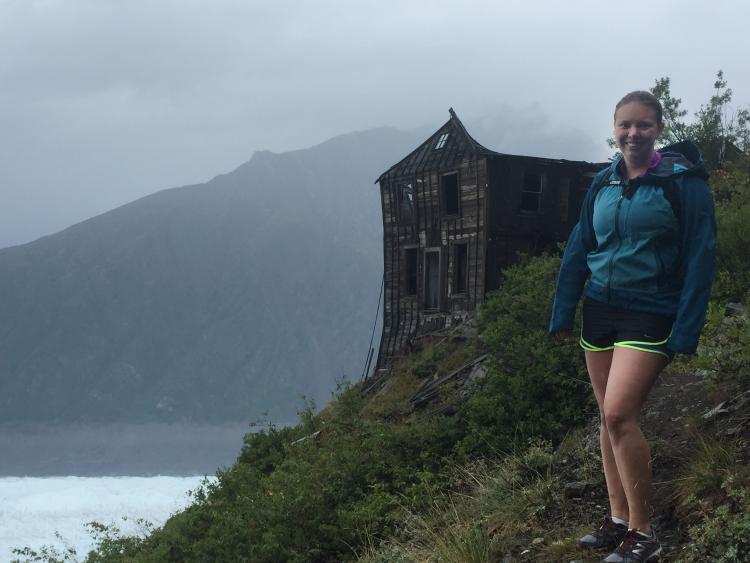 “Right now, medical companies are using computers to test these devices before testing them on humans, but they don’t have algorithms to test devices on kids and a couple of other high-risk populations,” she explained. “We made an algorithm that took a small subset of data and made it into a larger test set.”

Okeson said dabbling in different areas helped her stay motivated during the tough early semesters of the computer science curriculum. As a teaching assistant, she advises younger students not to get discouraged by the early course work.

“The intro classes and classes about things like servers – they’re important, but they’re not what most people find interesting,” Okeson said. “There are a lot of different ways you can use computer science to help the world and inform what you’re passionate about, so don’t give up too early.”

Okeson, who’s originally from Anchorage, Alaska, discovered computer science during a required intro to programming class at the university where she spent her freshman year before transferring to CU Boulder.

Before that, her experience with computers was limited to the internet and word processing. But after that intro course, Okeson was hooked.

“I liked the way you had to think and how that logic was applied to real-world projects,” she said. “I had always enjoyed math, but math didn’t provide that real-world application.”

Okeson will be honored as an Outstanding Graduate during the department’s commencement ceremony on Friday, May 12.