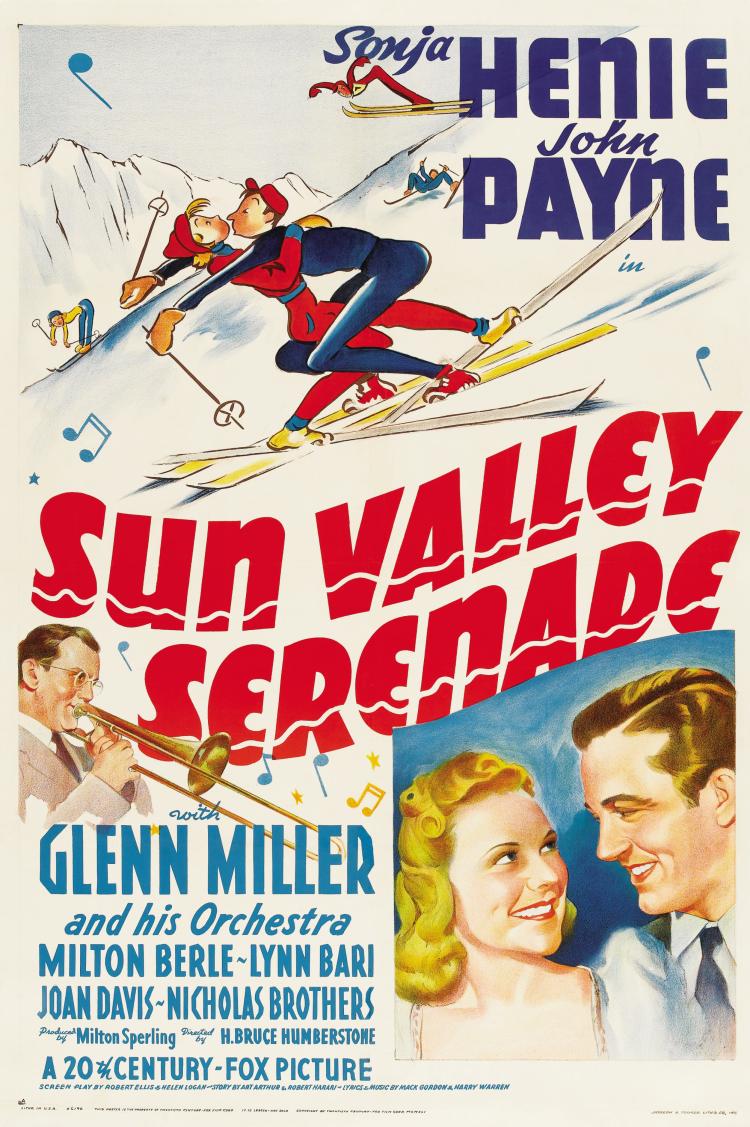 "It Happened In Sun Valley"

The1941 20th Century-Fox motion picture "Sun Valley Serenade" was the first of two Fox productions to feature Glenn Miller and his Orchestra.

The Glenn Miller Collections have "opened the vault" to share photographs, documentation, correspondence, memorabilia and recordings to celebrate the popular film. The American public and later audiences around thre world were eager to see America's number-one big band, whioch they had heard on radio and recods. The updated and comprehensive study details the film production, the recordings made for the film, the promotion of the film and the activities surrounding the film by Glenn Miller and his Orchestra. Included is the history of "Chattanooga Choo Choo," the first "Gold Record" record presented to a recording artist, which composer Harry Warren and lyricist Mack Gordon wrote for the film. The original Gold Record can be seen on display at the CU Heritage Center's Glenn Miller Gallery.

In addition to Glenn Miller and his Orchestra, "Sun Valley Serenade" featured leading Fox actors John Payne and Lynn Bari, ice-skating legend Sonja Henie, comedians Milton Berle and Joan Davis. The produciton also includes the dynamic and socially-relevant appearance of the Nicholas Brothers. Fayard and Nicholas, with Dorthy Dandridge, singing and dancing "Chattanooga Choo Choo" in an electrifying performance with the Miller band. Furthermore, future bandleaders Hal McIntyre, Bill May and Ray Anthony all appear in the film because they were musicians in the Miller band. Ms. Bari's vocals in the film were performed by Pat Friday. Tex Beneke, Paula Kelly and the Modernaires appear in their regular roles as vocalsists with Glenn Miller.

The 1941 20th Century-Fox film preview that was syndicated to radio stations nationwide can be found here:

The recording of "Chattanooga Choo Choo" for the film by Glenn Miller and his Orchestra, including their background music for the Nicholas Brothers and Dorothy Dandridge dance routine, can be found here: 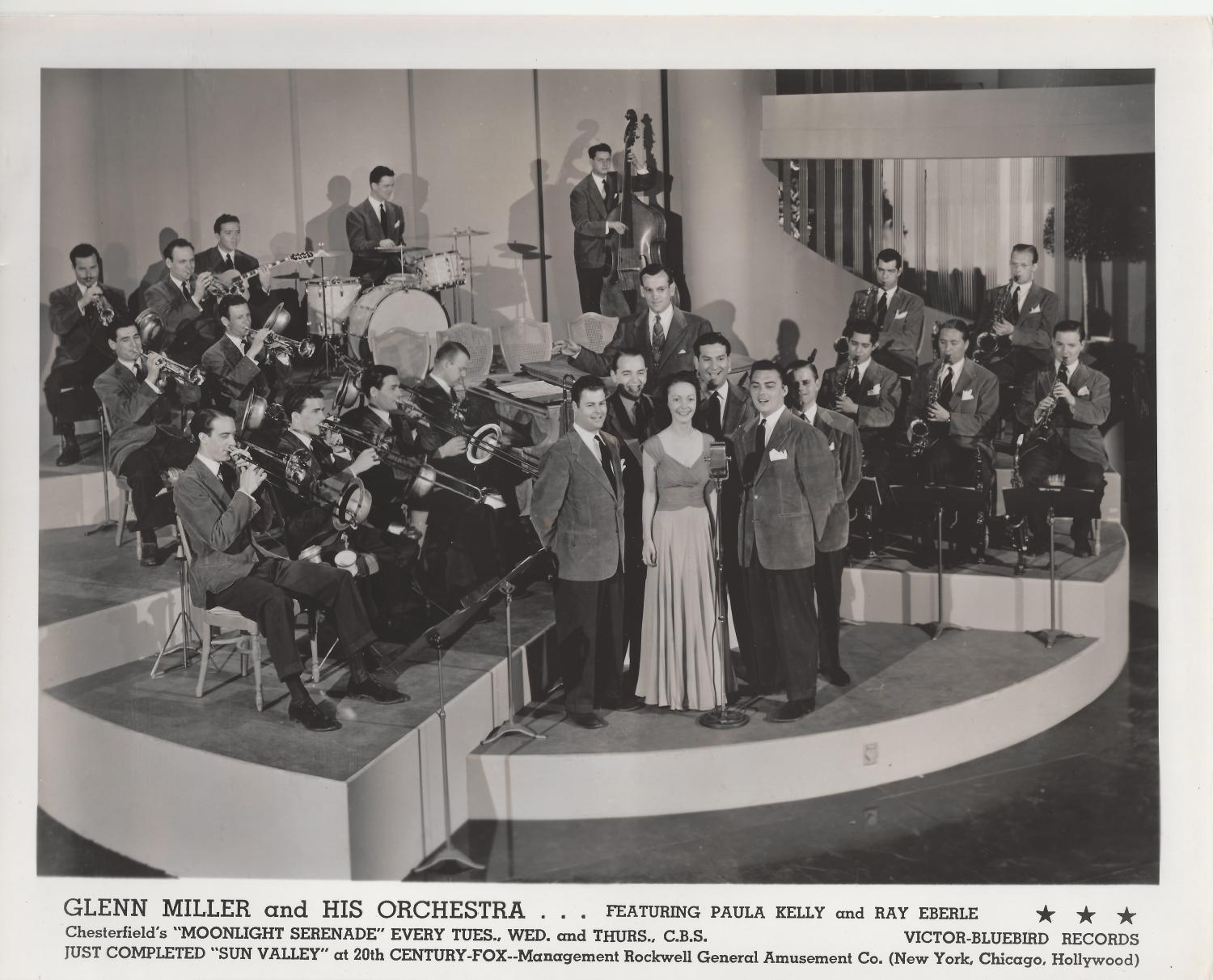 The contents of the commemorative study include materials preserved in the GMA Alton Glenn Miller and Helen Burger Miller Collection at the direction of the late Steven Davis Miller and his sister Jonnie Miller Hoffman, the children of Glenn and Helen Miller.

Thank you to those who helped to make the study possible: