For the first time in three years, CU Boulder will honor its newest graduates in person at the spring commencement ceremony at Folsom Field on Thursday, May 5, where more than 9,000 degrees will be awarded. The event will feature CU Boulder alumnus and award-winning journalist and Washington correspondent for NBC News Tom Costello as the speaker.

The ceremony will include:

Stadium gates open at 7 a.m. Guests should be in their seats by 8:15 a.m. to watch the student procession. Attendees should leave ample time for traffic, parking and security screening. City and campus roads may be congested for approximately 90 minutes before the ceremony and about an hour afterward.

Stadium gates open at 7 a.m. Guests should be in their seats by 8:15 a.m. The ceremony begins at 8:30 a.m. The event is free and open to the public and does not require tickets.

All guests will be subject to security screening before entering the stadium. Folsom Field will also be implementing the campus clear-bag policy during the university commencement ceremony. A limited number of lockers will be available for guests to use if needed.

Expect heavy traffic while traveling to Boulder, within the city and on campus. Parking attendants will direct you to the available lots in the area as you enter campus. Parking meters and pay stations on campus are free the day of commencement. See the campus map; get parking and shuttle information.

CU Boulder alumnus Tom Costello, an award-winning journalist and Washington correspondent for NBC News will give the commencement address.

Costello, who grew up in Centennial, Colorado, and graduated from CU Boulder with a bachelor's degree in broadcast journalism in 1987, spent six years at 9News in Denver. As an Emmy award-winning NBC News correspondent based in Washington, D.C., he now reports daily across all NBC News and MSNBC platforms, including TODAY, NBC Nightly News, MSNBC and NBC News Now.

As a journalist, Costello has covered a range of topics, from the billionaire space race and the European financial markets to the death of Princess Diana; the two fatal crashes of Boeing’s 737-MAX and subsequent investigations; the shoot-down of a Ukrainian jetliner over Tehran; and the search for Malaysia Airlines flight 370. He was instrumental in covering the “Miracle on the Hudson” passenger jet landing in 2009, for which NBC News was honored with a national Emmy Award.

A professor in CU Boulder’s Department of Theatre & Dance, Bud Coleman is no stranger to having a leading role. Trained as an actor and dancer, he has performed in front of large audiences. But, he says, there’s something magical about leading a ceremony that brings such joy to all in attendance. Learn more about what it's like to lead the ceremony, and get background on some of the commencement traditions, including the mace and academic hoods.

Many departments within CU Boulder’s schools and colleges will hold events May 5–8 to personally recognize their graduates. Students should check with their individual departments for more information.

All students are required to wear regalia to participate in the spring 2022 commencement ceremony.

Juan Espinosa will be awarded the honorary degree Doctor of Humane Letters in recognition of his half-century relating the Colorado Chicano Movement through words and images.

Linda Hogan will be awarded the honorary degree Doctor of Humane Letters in recognition of her literary achievements and compassion for the natural world.

Ryan Haygood will be awarded the Distinguished Service Award for his dedication to social justice and leadership in the preservation of democracy.

Read about just a few of the many talented, motivated and innovative students who are graduating and starting on their next adventure. 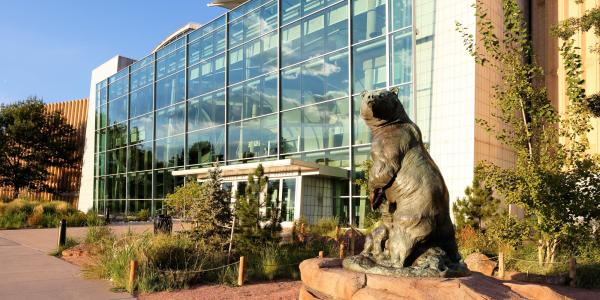 Join CU President Todd Saliman and campus chancellors Philip DiStefano, Don Elliman, Michelle Marks and Venkat Reddy at the Denver Museum of Nature and Science for a celebration of alumni and friends. END_OF_DOCUMENT_TOKEN_TO_BE_REPLACED 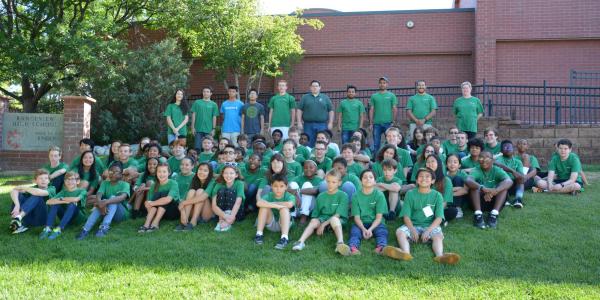 Including a new machine learning class offered in Spanish, the Innovation Center of the St. Vrain Valley Schools is collaborating with CU Boulder, Northrop Grumman and IBM to offer high-quality STEM camps in Longmont. Students can choose from several tracks. END_OF_DOCUMENT_TOKEN_TO_BE_REPLACED 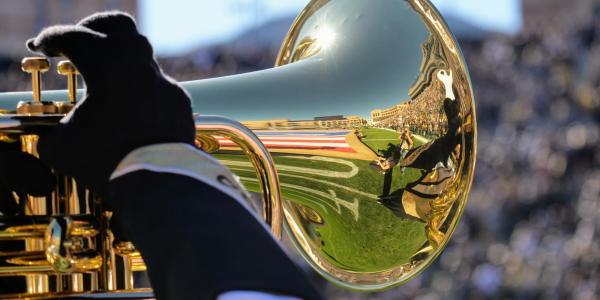 Alums who graduated in 1972 or earlier are invited to participate in anniversary celebrations at Homecoming. Reconnect with fellow Forever Buffs and take a trip down memory lane during this special gathering. END_OF_DOCUMENT_TOKEN_TO_BE_REPLACED
Return to the top of the page