Editor’s note: This is part of a monthly series of campus updates on diversity, equity and inclusion. This series will continue throughout the year.

Sonia DeLuca Fernández will join our campus community on Sept. 1 as the university’s senior vice chancellor for diversity, equity and inclusion (DEI).

As a member of the chancellor’s leadership team, DeLuca Fernández will provide strategic direction for the university’s broader DEI initiatives, programs and strategies to improve the campus culture. In a July 6 announcement, Chancellor Phil DiStefano said he was impressed with her scholarly work, change management experience, and her track record for building relationships with internal and external stakeholders to support institutional change.

In explaining why she chose to come to CU Boulder, DeLuca Fernández said she was “drawn by the authentic commitment of both leadership and the community to cultural change and by the campus’s willingness to invest resources, imagination and energy into that change.”

The IDEA Council—the advisory body of students, faculty and staff tasked with prioritizing the recommendations of the Inclusion, Diversity and Excellence in Academics (IDEA) Plan—continues its work this summer.

Last week, council members approved a recommendation from the plan that will ask the Boulder Faculty Assembly to begin the work of determining how best to incorporate a diversity, equity and inclusion requirement into the faculty annual merit evaluation process—similar to the DEI core competency for staff.

The goal is to establish consistent methods for evaluating efforts to advance DEI in the annual faculty evaluation process in the areas of service, research and/or teaching.

The council is also poised to discuss several new recommendations in the near term that address issues ranging from leadership accountability and faculty mentoring to enhanced support and professional development for staff.

Deferred Action for Childhood Arrivals (DACA) beneficiaries at CU Boulder and their families received messages of support from members of the campus community after a federal judge in Texas ruled the program illegal—a decision that could ultimately prompt an appeal and broader review by the U.S. Supreme Court, legal experts say.

The case that led to the ruling earlier this month has been pending since 2018, when Texas and nine other states filed a lawsuit to halt the program, arguing that the executive branch overstepped its discretionary authority when it created DACA in 2012.

CU Boulder law professor Violeta Chapin, who runs an immigration clinic at Wolf Law, and her law students assist DACA beneficiaries with application renewals free of charge. Chapin encourages those who need to renew DACA applications to do so in a timely manner.

The recent ruling, she said, “does not command the Department of Homeland Security to take any enforcement action against any DACA recipient, and it does not strip anyone of their current DACA status in any way.”

The Supreme Court has not ruled on the legality of DACA, but Chapin and other legal experts are hopeful the latest ruling could encourage Congress to act on the legal status of hundreds of thousands of DACA recipients, also known as Dreamers.

Following the Texas decision, University of Colorado System President Todd Saliman and more than 400 other higher education, business and civic leaders signed a letter in support of DACA, calling for congressional action. Read the full list of signatories.

Indigenous students from tribal communities with historical ties to Colorado are now eligible to receive in-state tuition under a bill the governor signed into law on June 28.

With guidance and support from the CU Board of Regents and the Colorado Department of Higher Education, CU Boulder is working to implement the tuition benefits allowed in the bill as quickly as possible.

During testimony before legislators in February, Griego said, “We at CU recognize and affirm the ties these nations have to their traditional homelands and the many Indigenous people who thrive in this place––alive and strong. We also acknowledge the painful history of ill treatment and forced removal that has had a profoundly negative impact on Native nations.”

The former regent also told lawmakers that it was “incumbent upon institutions in Colorado, especially at CU, to put action behind our words,” and that a critical action step is to “ensure we are providing educational opportunities for Native students, faculty and staff and advancing our mission to understand the history and contemporary lives of Native peoples.”

Colorado is the traditional territory of at least 48 tribal nations, including the Apache, Cheyenne, Comanche, Kiowa, Lakota, Pueblo, Shoshone and Ute.

Upward Bound, a federally funded program designed to help first-generation, low-income students graduate from high school and transition into college, is celebrating 40 years of success at CU Boulder this year.

Since 1981, the CU Upward Bound program has worked with more than 4,000 Indigenous high school students from tribal nations across the United States.

About 76% of students who participate in CU Boulder’s Upward Bound program graduate from high school and attend college. The program is the university’s longest-running precollege outreach program, one of many for middle and high school students led by the Office of Diversity, Equity and Community Engagement (ODECE).

Each year, ODECE serves about 1,400 first-generation, low-income students and their families around Colorado and beyond through all its precollege outreach programs.

Sustaining our practice of inclusion

Campus efforts and investments to address pressing and painful inequities at CU Boulder are only a beginning. Creating a culture of belonging will take each member of our community practicing sustained personal work to truly embrace and support diverse perspectives and identities in our community.

During the summer, Chancellor DiStefano and our campus leadership team urge every member of our community to join in learning more about diversity, equity, inclusion and anti-racism and to continuously work together to address these issues more actively and in ways that can help authentically transform our campus in the coming year. 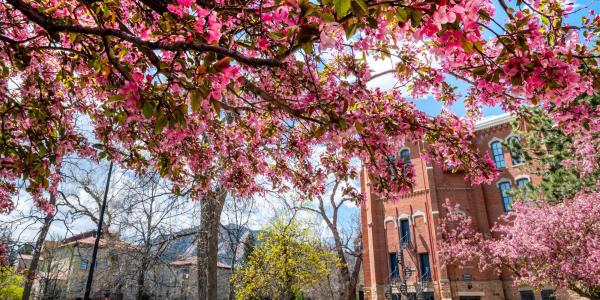 This month’s update highlights the IDEA Council, the Campus Culture Survey and next steps, the HHMI Inclusive Excellence Learning Community, the President’s DEI Award winners, a Human Resources workshop and our practice of inclusion. END_OF_DOCUMENT_TOKEN_TO_BE_REPLACED 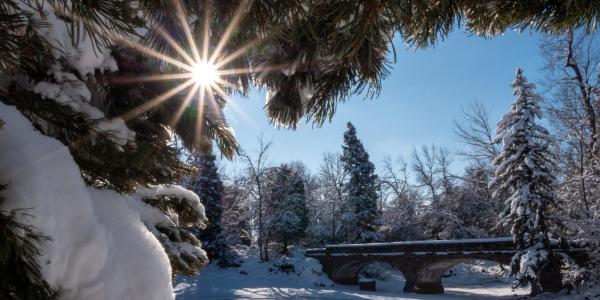 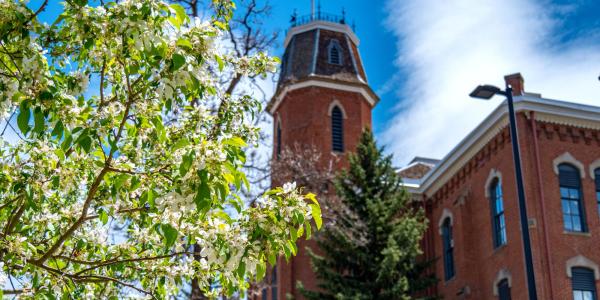 CU Boulder is introducing five diversity, equity and inclusion goals inspired by the IDEA Plan in support of greater collaboration and organizing the campus community’s next steps. END_OF_DOCUMENT_TOKEN_TO_BE_REPLACED
Return to the top of the page