Protests in Denver and across country 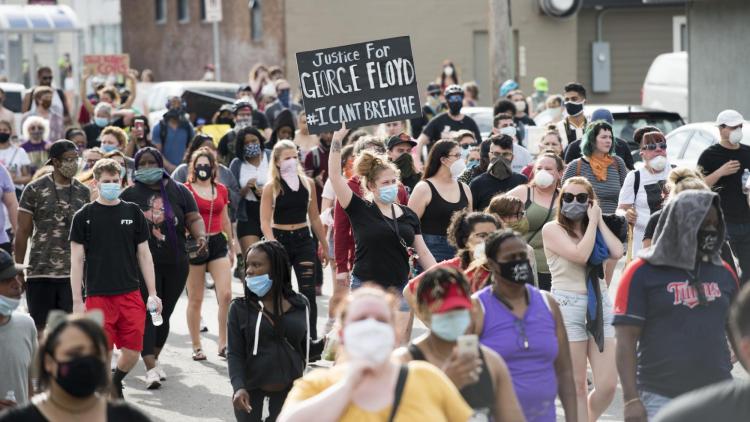 CU Boulder experts are available to discuss the historic protests sweeping Denver and other cities around the country in response to the killing of George Floyd in Minneapolis.

Suzette Malveaux is a civil rights law professor and director of the Byron R. White Center for the Study of American Constitutional Law. She can explain the groundbreaking legal requirements in Colorado’s new police accountability bill, including the responsibility to intervene in civil rights violations. She has argued that more states should enact these requirements. Malveaux can also explain why “qualified immunity” has been nearly insurmountable in federal court.

On police in schools

William Woodward, director of training at the Center for the Study and Prevention of Violence, can discuss the positive roles that well-trained school resource officers can play in preventing violence and, in the case of school shootings, saving lives. He can also discuss how inadequate or incomplete training can contribute to the “school-to-prison” pipeline. Woodward is former director of the Colorado Division of Criminal Justice and coauthor of a comprehensive report about the 2013 Arapahoe High School shooting.

Ben Kirshner, professor in the School of Education, has worked collaboratively with youth organizations to make the case for removing police in schools locally in Denver and in several cities around the nation. He can explain how youth organizers are pressing to defund school policing to establish alternative strategies for discipline, such as restorative justice, wellness and counseling.

Kathryn Wiley, an instructor in the School of Education, has studied school discipline policies and reform efforts. She is available to discuss research into the impact of school resource officers on student outcomes, the racial inequality that exists in school discipline and more.

Charla Agnoletti, director of the Public Achievement program at CU Boulder, works with young people and families in Colorado to help them create change in their communities. She can speak about how youth activists are working to remove school resource officers from the Boulder Valley School District through an effort led by the NAACP.

David Pyrooz, associate professor of sociology, can discuss the potential impacts of de-policing on crime rates. In a research paper exploring changes in policing in Ferguson, Missouri, after the 2014 shooting of Michael Brown and subsequent protests, Pyrooz found that while police made fewer traffic stops—particularly in areas with a higher concentration of African American residents—crime rates didn’t change as a result.

Ben Levin, an associate professor at the University of Colorado Law School, researches criminal justice reform. He can explain qualified immunity, as well as the role police unions have in policymaking and police violence cases. He can also speak to the politics and current landscape of criminal justice reform with a specific focus on race and policing.

Aya Gruber, a professor of criminal law at Colorado Law, can speak to the role police have developed in U.S. conflict mitigation and how she believes that could lead to increased conflict with protestors. Her new book “The Feminist War on Crime” touches on themes present in the Amy Cooper case and the discussions of defunding police, particularly the case for removing police from domestic violence and sexual violence situations.

On racial bias and decisions to shoot

Josh Correll, associate professor of psychology and neuroscience, can discuss the racial biases underlying how people perceive threat and make decisions to shoot. In a new review paper, Correll outlines two decades of research on the matter. He has found, for example, that in games individuals are more likely to choose to shoot and do so faster if the target is black, rather than white.

Hillary Potter, an associate professor of ethnic studies and the associate dean for Inclusive Practice in the College of Arts and Sciences, can discuss the history and current state of antiviolence activism in black and other communities in Colorado and across the country. Potter is the author of Intersectionality and Criminology: Disrupting and Revolutionizing Studies of Crime and recently completed a 5-year research project on anti-police violence activism in Ferguson, Missouri. She is a Denver native.

Sandra Ristovska, an assistant professor of media studies in the College of Media, Communication and Information, studies the role that visual technologies play in revealing human rights violations. She can discuss the history, and increasing role, of videos and photos shot by citizen journalists in sparking social change.

On the alt-right movement

Benjamin Teitelbaum, an assistant professor of ethnomusicology and international affairs, can speak to how the current protests intersect with the alt-right movement and with groups like the Proud Boys and Boogaloo Bois. Teitelbaum is a scholar of the alt-right and the author of the new book War For Eternity: Inside Bannon’s Far-Right Circle of Global Power Brokers.

On talking to coworkers and employees

Stefanie K. Johnson, an associate professor at the Leeds School of Business, is an expert on leadership and diversity. She can talk about why it's a good idea to talk to your coworkers about the protests, and how to do it constructively.