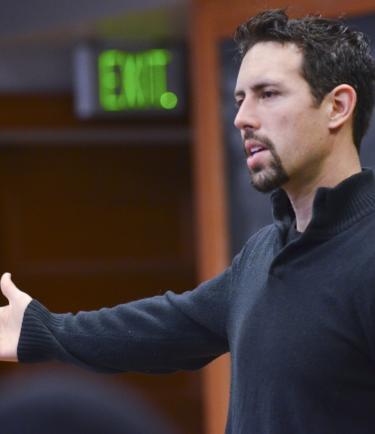 Most of his research focuses on ideology and expressive culture in contemporary radical nationalist, populist and neofascist movements. He is author of two books: "Lions of the North: Sounds of the New Nordic Radical Nationalism" (Oxford University Press 2017) and "War for Eternity: The Return of Traditionalism and the Rise of the Populist Right" [HarperCollins, Penguin Press, University of Campinas Press (Portuguese) 2020]. He has published articles in the journals Ethnomusicology, Scandinavian Studies, Arkiv, Current Anthropology, Patterns of Prejudice, and Music Research Annual and American Music in addition to edited volume chapters.

His 2013 dissertation won the Joukowsky Family Foundation Outstanding Dissertation Award at Brown University and the Applied Research Award from Germany's Institute for the Study of Radical Movements. His 2014 article "Saga's Sorrow: Femininities of Despair in the Music of Radical White Nationalism" won the Richard Waterman Prize for a study of popular music. His first book, "Lions of the North," was named in his 2020 Provost's Faculty Achievement Award and received an honorable mention from the International Studies Association. And his international bestselling second book, "War for Eternity," was called "insightful and immersive" by the Sunday Times, "indispensable" by Glenn Greenwald, a "must read" by Caetano Veloso, and was named a Financial Times editor's pick, and a book of the year by CapX and Estadão.

Teitelbaum's writing has appeared in major European and American media outlets in addition to scholarly venues. He has authored op-eds in the New York Times, Foreign Policy, Dagbladet, the Los Angeles Review of Books, UnHerd, The Wall Street Journal, The New Statesman, The Nation and The Atlantic and has contributed as an expert for NPR, Newsweek, Vice, Swedish Radio, Norwegian Radio, National Radio (Australia), the BBC, Aftonbladet, Dagens Nyheter, Helsinge Sanomat and Berlingske.

As a musician, Teitelbaum specializes in Swedish folk music and Sweden's unofficial national instrument, the nyckelharpa. Having earned the first degree in nyckelharpa performance awarded outside Sweden, he tours nationally and internationally as a performer and teacher. And as a pedagogue, he has received awards from the Department of Germanic and Slavic Languages and Literatures, the Arts and Sciences Support of Education Through Technology initiative, and the Program in International Affairs.