John Hayes, president and CEO of Ball Corporation, sits down with Bobby Braun, dean of the College of Engineering and Applied Science, at a “fireside chat” in the ATLAS Institute’s Black Box Experimental Study. (Courtesy: Glenn Asakawa/University of Colorado Boulder)

Students from across campus, whether they’re studying English or aerospace, will have the chance next fall to learn about the vast career opportunities offered by Ball Corporation, a Fortune 300 company based in Broomfield, Colorado.

The announcement of this opportunity, called Ball Career Day, came during a “fireside chat” April 5 between Ball president and CEO John Hayes and Bobby Braun, dean of the College of Engineering and Applied Science. In a relaxed conversation on campus, Hayes dispensed life advice to the assembled students—“look for the ands instead of the buts,” he told them. He also shared how they could become a part of Ball’s efforts to create new space satellites and “make the beverage can cool again.”

Ball Career Day activities are open to all CU Boulder students. Space on tours is limited and available on a first-come, first-served basis.

Register to receive updates and be among the first to sign up when tour dates are finalized.

“I hope this is the start of something new,” Hayes said at the ATLAS Institute’s Black Box Experimental Studio.

The event was a showcase for the long-standing relationship between CU Boulder and Ball Corporation. That relationship kicked off in 1956 when engineers from CU’s “Rocket Project” helped to found the Ball Brothers Research Corporation (now Ball Aerospace)—and has expanded to include more than $100 million in shared NASA contracts.

It was also a chance for Hayes and Braun to reflect on the next phase in that evolving partnership. Ball Career Day will take place in September 2018 and will offer undergraduate students the opportunity to take part in a series of hands-on visits. They include a trip to a plant where Ball produces cans for many of the world’s leading beverage companies and regional craft brewers and a sit-down with executives who manage the corporation’s extensive supply chain.

“We’re excited to continue building on the university’s longstanding partnership with Ball Corporation,” said Chancellor Philip P. DiStefano. “The university and Ball Corporation formed just eight years apart in the late 1800s, and our legacies are intertwined. Our shared values of integrity, innovation and leadership make us natural partners in educating students and contributing to economic competitiveness and quality of life across Colorado and the nation.”

The career day marks a commitment by Ball to engage CU students in engineering and beyond, reaching out to future leaders in business, law, the arts and sciences and more. Ball currently employs more than 500 graduates from the University of Colorado system, the majority from CU Boulder.

“We’re trying to expand our tentacles beyond just engineering,” said Hayes, who was an English major in college and began his career on Wall Street. “So not only creating the internships and co-work studies … in engineering, but in the Leeds [School of Business] and Arts & Sciences, as well. We’re neighbors. We’re here.”

Braun agreed, noting that Ball is already a key part of life across campus. “That partnership impacts everything we do here on campus from diversity and inclusion initiatives with our student population to sponsorship of senior design projects,” he said. “Almost everywhere I turn there’s a connection to the Ball Corporation.”

The relationship between the two Colorado mainstays has been an enduring one. Ball Aerospace and CU Boulder’s Laboratory for Atmospheric and Space Physics (LASP), for example, have collaborated on a number of high-profile space projects. They include NASA’s Kepler Mission, which has led the hunt for planets outside of Earth’s solar system, and the upcoming Imaging X-ray Polarimetry Explorer (IXPE) mission, which will explore black holes.

Students are excited about that connection, too. Michelle Lin, a freshman studying aerospace engineering and physics, attended the fireside chat. Lin has dreams of becoming an astronaut and didn’t want to miss the chance of networking with high-profile people working on space. “Meeting someone in the corporation so high up to talk about their values is something that’s really important to me,” Lin said.

Angela Werner, a senior studying mathematics and computer science, said that students shouldn’t miss out on such experiences. She’s worked in the finance department at Ball since the summer after her sophomore year and will start as a graduate student in the Leeds School of Business next year. “I love math, and I love computer science, but it’s very technical,” Werner said. “This has been interesting for me to see the real-life applications that you can do with these things.”

The experience has been so positive that Werner, speaking about what she wants to do with her career, said, “I want to stay at Ball.” 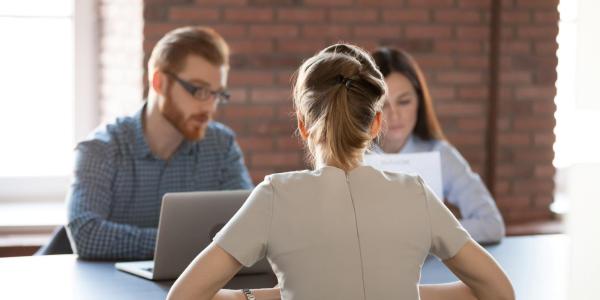 Tips and tricks for using Handshake

Looking for an internship or job? The best place for CU students to find opportunities is through Handshake. Get tips and tricks for making the most of it. END_OF_DOCUMENT_TOKEN_TO_BE_REPLACED 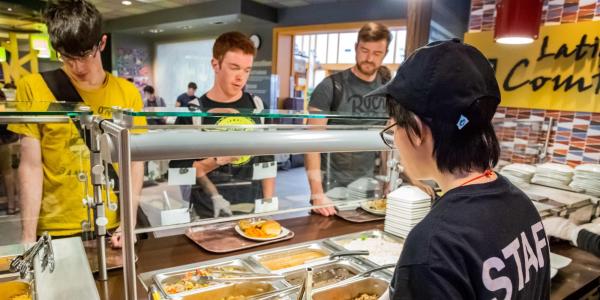 4 reasons to apply for an on-campus job

From paid research studies to part-time student jobs, there are many opportunities to work at CU Boulder. In addition to earning money, here are a few more benefits you’ll get by working on campus. END_OF_DOCUMENT_TOKEN_TO_BE_REPLACED 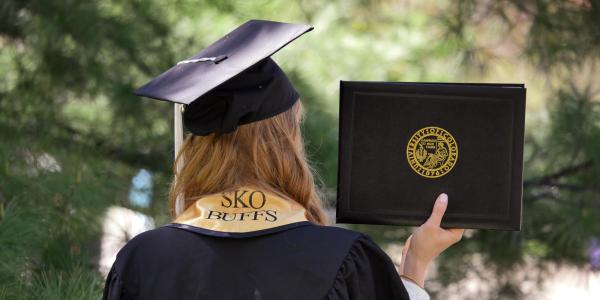 5 tips for landing a job before graduation

The spring semester has just begun, but graduation will be here before you know it. Get tips to help you plan for life after college, find jobs and graduate with confidence. END_OF_DOCUMENT_TOKEN_TO_BE_REPLACED
Return to the top of the page