Ball Aerospace & Technologies and CU-Boulder are more than just frequent collaborators, with partnerships spanning Senior Design Projects to NASA contracts; CU-Boulder was the initial catalyst for Ball Aerospace entering the aerospace industry in the first place.

In the 1880s, the Ball Brothers Glass Manufacturing Co., Ball Aerospace’s predecessor, was founded as a producer of Mason jars. At the peak of the home-canning boom, Ball produced over 190 million jars, making the five founding Ball brothers some of the wealthiest inhabitants of Muncie, Indiana.*

Across the country, the Upper Air Laboratory was feverishly working to create the first “biaxial pointing control” for the Air Force. Informally coined the “Rocket Project,” the Upper Air Laboratory was comprised of graduate students and professors from CU’s physics department. Their control system, if executed properly, would allow sounding rocket payloads to remain sun-facing, enabling extensive spectrographic measurements of the sun.

In December 1952, the Rocket Project successfully demonstrated their biaxial pointing control aboard an Aerobee-Hi rocket to broad national acclaim. 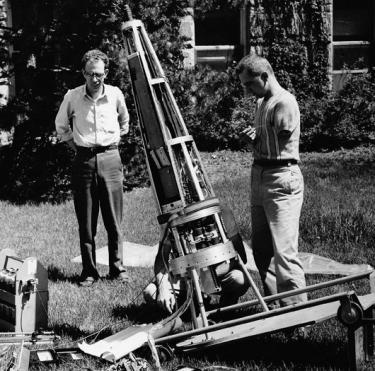 Back in Indiana, Ball sought to diversify its industry base by establishing a Research and Development division comprised of an existing research group with demonstrated products and expertise. Through serendipity, then-Ball President Ed Ball connected with researchers from the Upper Air Laboratory.

In 1956, the Ball Brothers Research Corperation was founded with CU Rocket Project engineers at its heart. Through its partnership with CU, Ball shifted from producing Mason jars to developing aerospace instrumentation, laying the groundwork for their foray into space technology.

“We [at Ball] had the idea of using commercial infrared sensors as temperature sensors instead of using contact sensors. We had no idea whether this idea would work. The Senior Project demonstrated that this system was indeed feasible and that we could operate these sensors in a vacuum. We are now looking for ways to continue the work at Ball.”

In total, seven Ball engineers offered guidance and technical insight to the STATIS team members. Of these engineers, three were CU alums.  Reflecting on the experience, Lopez notes:

“Overall, I was very impressed with the whole Senior Design class. It is fantastic preparation for the students’ entry into industry.” 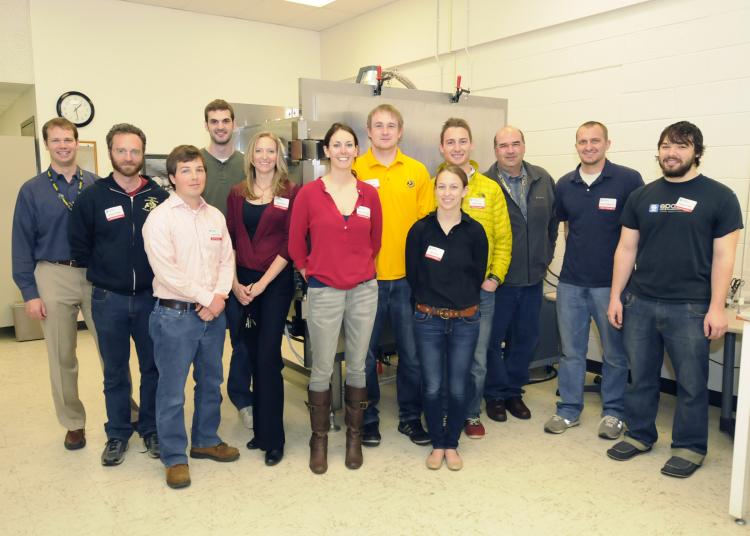 Beyond Senior Projects, Ball actively engages CU students through internship and employment opportunities. In the past five years, 32 CU-Boulder students have interned at Ball, with 23 of those interns becoming full-time employees. Four students currently co-op for Ball during summers while attending CU.

On the research front, Ball has frequently partnered with CU’s Laboratory for Atmospheric and Space Physics (LASP), the Center for Astrophysics and Space Astronomy (CASA) and the Department of Astrophysics and Planetary Sciences (APS). These partnerships have resulted in over $100 million in shared NASA contracts in the past decade.

Ball nurtures these varied collaborations through its membership on the AES Department’s External Advisory Board and its participation in AeroSpace Ventures.

Though clearly grounded in historical and pragmatic reasons, the extensive partnerships between CU and Ball Aerospace also possess a personal component, as expressed by Lopez:

“A lot of people at Ball are CU alums or have children at CU. I spent many years at CU myself [as an undergraduate, masters and Ph.D. student], and it’s an important part of my life. My daughter is a history major at CU. I met my wife there. It really is the family school.”

*Historical information from book: From Jars to the Stars by Todd Neff.