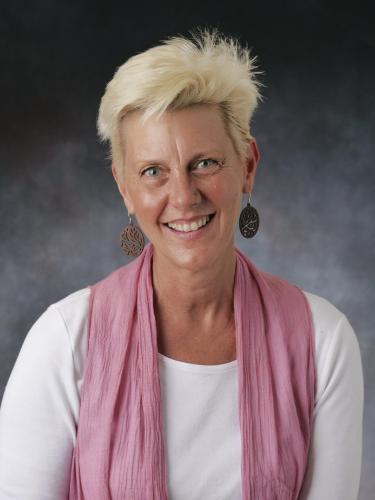 Professor of Sociology and new director of the Institute of Behavioral Science, Dr. Lori Hunter

The University of Colorado Boulder has named Dr. Lori Hunter director of its Institute of Behavioral Science (IBS), which applies leading edge social and behavioral science to inform and influence policies and actions with a national and international impact.

Hunter, who joined CU Boulder and IBS in 2000, is a professor of Sociology and faculty fellow in IBS’s Research Programs on Environment & Society and Population. Since 2017, she has served as director of the Institute’s Population Program and NIH-funded CU Population Center which facilitates research on migration, health and population-environment interactions. She also served as chair of Sociology from 2019-2021. Her academic tenure home will continue to reside in the Department of Sociology.

“I am delighted to welcome Lori Hunter as the next director of IBS,” said Massimo Ruzzene, acting vice chancellor for Research and Innovation and dean of the institutes. “As a distinguished contributor and leader at IBS for decades, Lori is highly regarded across our campus. As director, her combined experience and enthusiastic leadership approach will keep IBS at the forefront of the social and behavioral sciences.”

Hunter has offered commentary for the UN as the organization works to integrate population issues into the Sustainable Development Agenda. She has also consulted with the World Bank on migration, climate and gender. Her recent research on these topics has appeared in publications such as The Lancet, Global Environmental Change, Environmental Research Letters, Annual Review of Sociology, Population Research and Policy Review, Social Science Quarterly, and Society and Natural Resources.

Myron Gutmann, who has served as director of IBS since January 2015, is retiring from his regular faculty position as professor of History and will continue his scholarshipas a research professor in IBS. Gutmann, who has been named a Digital Preservation Pioneer by the Library of Congress, also plans to dedicate more time to his interest in the arts, including his collection of vintage photographs.

“Myron’s leadership of the institute has been extraordinary,” said Ruzzene. “He is an accomplished researcher in his own right and, during his seven-and-a-half years as director of IBS, he has also been an insightful leader and champion of interdisciplinary social science, not just within IBS, but across campus and beyond. I have truly enjoyed working with Myron during the last part of his director tenure, and I am looking forward to a close collaboration with Lori.”

"I am so honored to take on this role since IBS has been at the core of my own professional development for over two decades," said Hunter. "Myron has provided visionary leadership and I very much believe in the Institute, its people and the important research contributions being made. I look forward to representing and working hard on behalf of all of IBS’ researchers and staff.”

IBS is committed to advancing knowledge of society’s most pressing challenges, and to pursuing solutions to those challenges through innovative and interdisciplinary research, education and engagement in the world. IBS bridges the gap between theory-driven academic research and community engagement that improves the lives of people around the world.

The internal search was chaired by Merritt Turetsky and included broad representation of IBS faculty and staff, as well as representatives from other parts of campus. A number of excellent candidates were considered, three finalists emerged, and the process concluded when Hunter was appointed by Terri Fiez, who was then serving as vice chancellor for Research and Innovation and dean of the institutes.