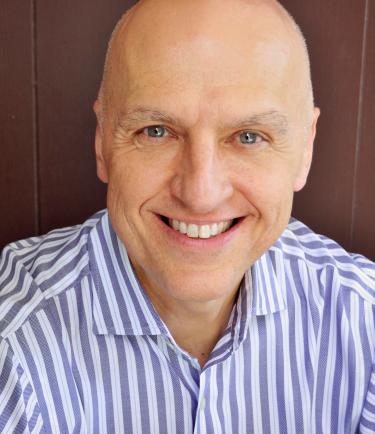 Robert Shay is Professor of Musicology at the University of Colorado Boulder, where he previously served as Dean of the College of Music from 2014 to 2020. His writings on the music of Henry Purcell and seventeenth-century England are well known, particularly the book Purcell Manuscripts: The Principal Musical Sources (Cambridge University Press, 2000, co-authored with Robert Thompson), a recipient of the Music Library Association’s Vincent H. Duckles Award, given annually to “the best book-length bibliography or other research tool in music.”  Shay’s articles have appeared in the journals Early Music, Music & Letters, and Notes: The Quarterly Journal of the Music Library Association.   He has also contributed chapters to the books Purcell Studies (Cambridge University Press, 1995) and King Arthur in Music (D. S. Brewer, 2002). He is currently editing Purcell’s opera, Dido and Aeneas, for Bärenreiter (Kassel, Germany).

Shay is a founding member of the Society for Seventeenth-Century Music, serving as treasurer from 2000 to 2003 and chairing the program committee for the 2004 annual meeting.  He hosted the Society’s 2018 annual meeting in Boulder.  He has been an invited lecturer at Brandeis University, Northwestern University, the Round Top Early Music Festival, the University of North Carolina at Chapel Hill, and Western Illinois University.

Shay previously served as Professor and Director of the School of Music at the University of Missouri (2008 to 2014) and Vice President for Academic Affairs and Dean of the Conservatory at the Longy School of Music, in Cambridge, Massachusetts (2000 to 2008).  From 1991 to 2000, he was on the faculty at Lyon College, in Batesville, Arkansas, where he directed the Concert Choir and taught courses in music history.  He also served as Chair of Lyon’s Fine Arts Division for two years and was a visiting professor at Duke University in 1999-2000.

Shay holds the M.A. and Ph.D. in musicology from the University of North Carolina at Chapel Hill, the M.Mus. in choral conducting from the New England Conservatory of Music, and the B.Mus. in vocal performance from Wheaton College (Illinois).  He also studied voice and conducting during two summers at the Aspen Music School, and participated in Harvard University’s Institute for Educational Management in 2006.