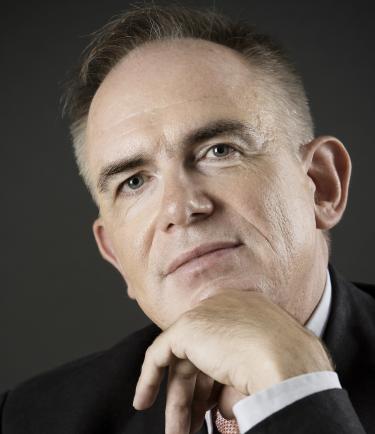 Robert Hill comes to the College of Music after serving for more than 20 years as professor for historical keyboard instruments and performance practice at the Staatliche Hochschule für Musik Freiburg in Germany. He studied harpsichord with Gustav Leonhardt at the Amsterdam Conservatory, receiving his soloist diploma in 1974. That same year, he co-founded the Baroque chamber music ensemble Musick for the Generall Peace together with violinist Jeanne Lamon and viola da gambist Sarah Cunningham. During the early 1980s, Hill performed regularly with the ensemble Musica Antiqua Köln and in a duo with its leader Reinhard Goebel. His current ensemble partners include violinists Christian Tetzlaff, Dmitry Sitkovetsky and Rainer Kussmaul, violist Kim Kashkashian, and the Cologne Chamber Orchestra (Helmut Müller-Brühl). In 1987, he earned his PhD from Harvard University for a dissertation under Professor Christoph Wolff on problems of authenticity and sources of the early keyboard music of Johann Sebastian Bach. From 1986-1990, Hill was assistant professor of musicology and performance practice at Duke University. His current research interests include the reconstruction of 19th-century performance practices. He is winner of the Erwin Bodky Early Music Competition (Boston, 1982), a National Endowment for the Arts Solo Recitalist Award (Washington, 1983), and the American Musicological Society's Noah Greenberg Award (Philadelphia, 1988).

The music of J. S. Bach has a central place in Hill's recorded repertoire. For the complete editon of the works of Bach published by Hänssler Classics and the Bachakademie Stuttgart, he has recorded more than ten CDs of the keyboard music of Bach, as well as the sonatas for violin and harpsichord with violinist Dmitry Sitkovetsky. Solo and chamber music recordings with fortepiano appear on the labels MDG and cpo. Other recording company partners include DG-Archiv, Olympia, Naxos and Music&Arts. Hill's recordings regularly are singled out for awards from prominent European record review magazines. His most recent release, a CD of harpsichord sonatas by F. J. Haydn for Ars Musici, was awarded the Preis der deutschen Schallplattenkritik in 2001.