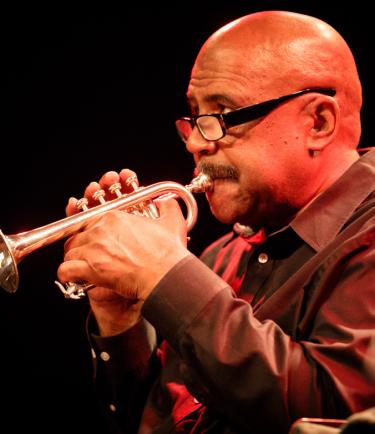 Hugh Ragin was raised in Houston, Texas, and began playing trumpet in his early teens, taking lessons in classical music, and was a member of the Houston All-City High School Orchestra. He received a degree in music education from the University of Houston and a degree in classical trumpet performance from Colorado State University. He continued his education in 1978 at the Creative Music Studio with Roscoe Mitchell. One year later he performed with Mitchell, Wadada Leo Smith, and the Creative Orchestra at the Moers Festival in Germany. He then toured with Anthony Braxton. During the early 1980s he toured with jazz trumpeter Maynard Ferguson. He began an association with David Murray, becoming a member of Murray's band in the 1980s. Currently he is a member of the Art Ensemble of Chicago. Dr. Ragin received his DMA in jazz studies from UC Boulder and leads a variety of ensembles, masterclasses, and workshops.