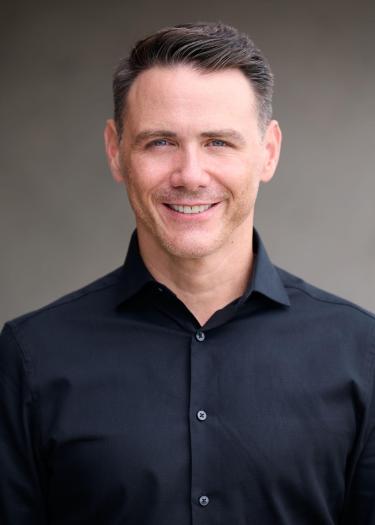 Donald J. McKinney, Conducting Chair and Professor of Conducting, also serves as Director of Bands at the University of Colorado Boulder. He conducts the CU Wind Symphony, guides the graduate wind-conducting program, and oversees the university’s comprehensive band program. The CU Wind Symphony has collaborated with numerous artists & composers and most recently performed for the CBDNA Southwestern Division Conference on the CU Boulder campus. Prior to his 2013 appointment at CU Boulder, McKinney was the Director of Wind Ensembles and Associate Professor at Louisiana State University. While teaching at LSU the Wind Ensemble was invited to perform for the 2013 CBDNA National Conference in Greensboro, NC.

He has held additional faculty positions at Interlochen Arts Academy and Duquesne University Mary Pappert School of Music. From 2010-2015 he was the Coordinator of Bands for the renowned Interlochen Arts Camp. In this capacity he conducted the World Youth Wind Symphony and administered the summer band program. As a guest conductor he has appeared with the Dallas Wind Symphony, Concordia Santa Fe, Boulder Philharmonic Orchestra, Greater Boulder Youth Orchestra, and numerous honor ensembles. He has also conducted concerts and clinics in Costa Rica and Canada. On numerous occasions, his performances with the Dallas Wind Symphony have been featured on National Public Radio Performance Today.

In February 2017, McKinney was featured on the cover of The Instrumentalist, a prominent journal for instrumental music educators. He has published articles in numerous conducting resources including five volumes of Teaching Music through Performance in Band and most recently The Conductors Companion published by Meredith Music. He has also authored a chapter about Pulitzer Prize winning composer Jennifer Higdon for the book Women of Influence in Contemporary Music published by Scarecrow Press. After participating in the Second Frederick Fennell Conducting Masterclass, he was named a finalist for the Thelma A. Robinson Award by the Conductors Guild. He has been nominated for a LSU Alumni Association Faculty Excellence Award and is an honorary member of Kappa Kappa Psi.

McKinney holds degrees from Duquesne University, Indiana University of Pennsylvania, and a Doctor of Musical Arts in Conducting from the University of Michigan. His primary conducting teachers include Michael Haithcock, Jack Stamp, Robert Cameron, and additional study with H. Robert Reynolds and Frank Battisti.