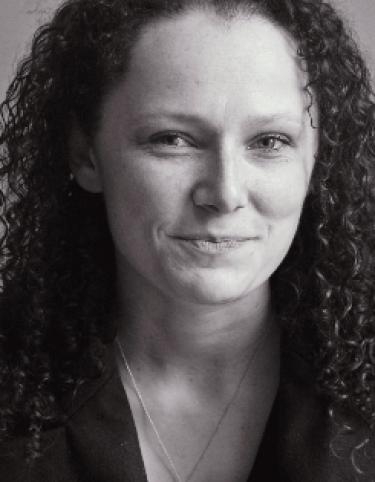 Annika Socolofsky is a composer and avant folk vocalist who explores corners and colors of the voice frequently deemed to be “untrained” and not “classical.” Described as “unbearably moving” (Gramophone) and “just the right balance between edgy precision and freewheeling exuberance” (The Guardian), her music erupts from the embodied power of the human voice and is communicated through mediums ranging from orchestral and operatic works to unaccompanied folk ballads and unapologetically joyous Dolly Parton covers. Annika writes extensively for her own voice with chamber ensemble, including composing a growing repertoire of “feminist rager-lullabies” titled "Don’t say a word" which serves to confront centuries of damaging lessons taught to young children by retelling old lullaby texts for a new, queer era. Annika has taken "Don’t say a word" on the road, performing with ensembles including Eighth Blackbird, New European Ensemble, Albany Symphony, Knoxville Symphony, Latitude 49 and Contemporaneous. She is a founding member of artist collective ANTiCX.

Annika is a recipient of the 2021 Gaudeamus Award, the 2019 Cortona Prize, an ASCAP Morton Gould Young Composers Award, a BMI Student Composer award, and grants from Harvard University’s Fromm Foundation and the Barlow Endowment. She has been awarded fellowships to the Blackbird Creative Lab, Banff Centre for the Arts, Cabrillo Festival of Contemporary Music, Bang on a Can Summer Festival, CULTIVATE at Copland House, Brevard Music Center and the European American Musical Alliance, and has served as Stone Composer Fellow to the Great Lakes Chamber Music Festival. Her research focuses on the music of Dolly Parton to create a pedagogical approach to composition that is inclusive of many vocal timbres, inflections and techniques, evading the age-old false dichotomy of straight tone vs. bel canto vocal style. She is Assistant Professor of Composition and Director of Pendulum at the University of Colorado Boulder, and has taught at Carnegie Mellon University and Concordia University Ann Arbor. She earned a PhD in composition from Princeton University and studied at the University of Michigan and Carnegie Mellon University. Her primary musical mentors have been Reza Vali, Kristin Kuster, Evan Chambers, Dan Trueman and Juri Seo. Annika plays a Norwegian hardanger d’amore fiddle made by Salve Håkedal.