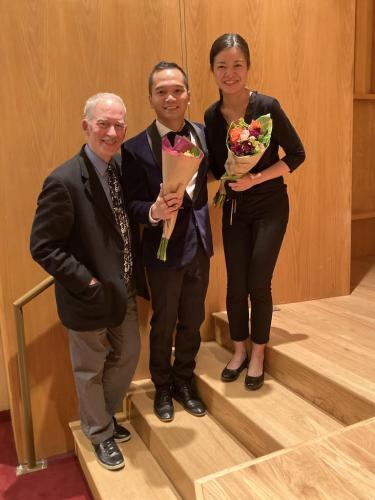 Congratulations to Randel Leung, clarinet, who won first prize in the 2021-22 Bruce Ekstrand Memorial Graduate Student Performance Competition on Nov. 16. In the final round, he performed works by Philip Parker and Arvo Pärt. Leung was awarded the grand prize of $2,000. Leung—who also won the Audience Favorite Award ($250)–studies with Professor of Clarinet Daniel Silver. 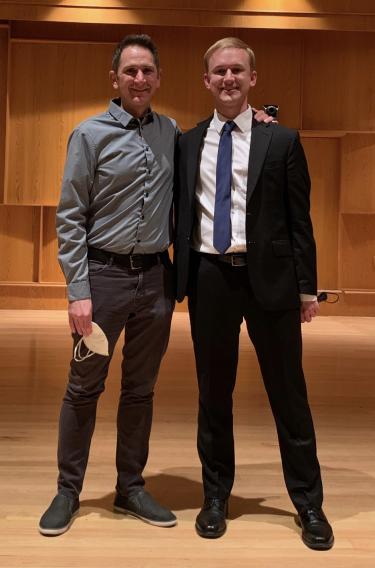 Named after former Vice Chancellor for Academic Affairs and Psychology Professor Bruce Ekstrand, the competition serves as the premier performance competition for the College of Music’s most outstanding graduate students. The competition is partially funded by the Ekstrand Competition Endowment Fund. Donate to the fund here.

Congratulations to all who performed and their teachers ... and special thanks to collaborative pianists Zerek Dodson, Yukino Miyake, Hyeji Park, Ya-Ting Yang and all other pianists involved in the previous rounds!

A new member of the College of Music faculty shares his approach to preparing students to become universal musicians, and fostering an environment of diversity and inclusivity. “It's not about hyper-specialization, but about flexibility, creativity and keeping an open mind,” he says. END_OF_DOCUMENT_TOKEN_TO_BE_REPLACED
Return to the top of the page