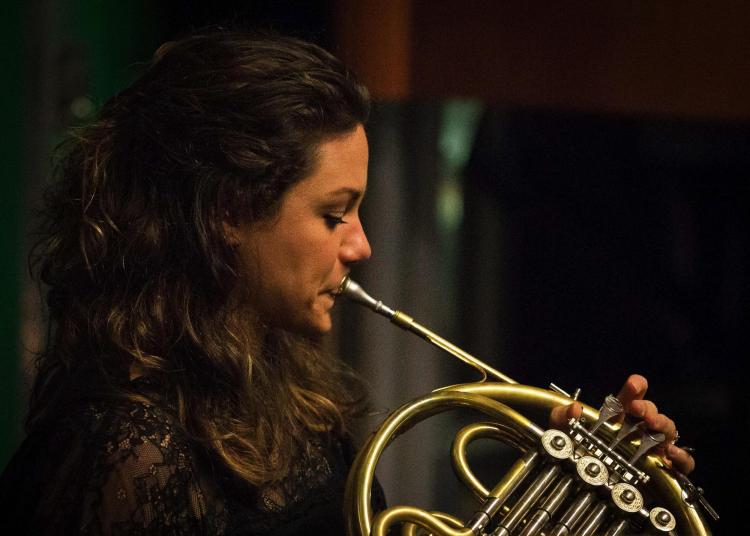 “It felt really special to be performing again,” says Valerie Sly, DMA candidate in horn performance and pedagogy, reflecting on her five-week summer gig with the Des Moines Metro Opera. “They were one of the first opera companies to go back to a real live season.

“Everyone was just really, really grateful to be able to get back on stage—or, in our case, ‘in the pit.’”

Not only did Sly win Third Horn position with the Des Moines Metro Opera, she also recently nailed the runner-up spot for the Fort Worth Symphony’s Principal Horn position, earned a finalist spot for the United States Navy Band in Washington, D.C. and was invited—by audition—to return to the Lucerne Festival Academy in Switzerland as part of its alumni program.

“They do some really experimental stuff sometimes and I love it,” says Sly, reflecting on the contemporary focus of the Lucerne Festival Academy where she’ll spend a week this fall. “They play mostly new music written within the last 50 years.”

Of the four-round competition in Fort Worth, Texas, she adds: “This was the first live audition that happened for me since the beginning of COVID.

“I think we're going to start to see auditions open up again and I feel like I’m in a good place to be taking more auditions this year.”

Beyond her active and rewarding spring semester and summer, Sly shared that she’s always wanted to study with Professor of Horn Michael Thornton, which led her to CU Boulder. “There are many positives to gigging constantly, but having this time at CU not worrying about work has been a great privilege,” says Sly, who earned a bachelor’s degree from Oberlin College and Conservatory in 2013 and a master’s degree in horn performance from Yale University in 2017.

“I’ve been able to go back to the basics and gain the opportunity to reconnect with this instrument…and the reason why I do what I do.”

Assistant Professor of Composition Annika Socolofsky blends the realms of art and science through the Instrument Design Lab (IDL). The course offers a science-based context to instrumentation, sound and musical creation, giving College of Music students a foundation in the science of music. END_OF_DOCUMENT_TOKEN_TO_BE_REPLACED

It was a busy fall for the American Music Research Center (AMRC)! One of the... END_OF_DOCUMENT_TOKEN_TO_BE_REPLACED

Friends, My heart is heavy. Associate Professor of Violin Charles (Chas) Wetherbee passed away on... END_OF_DOCUMENT_TOKEN_TO_BE_REPLACED
Return to the top of the page