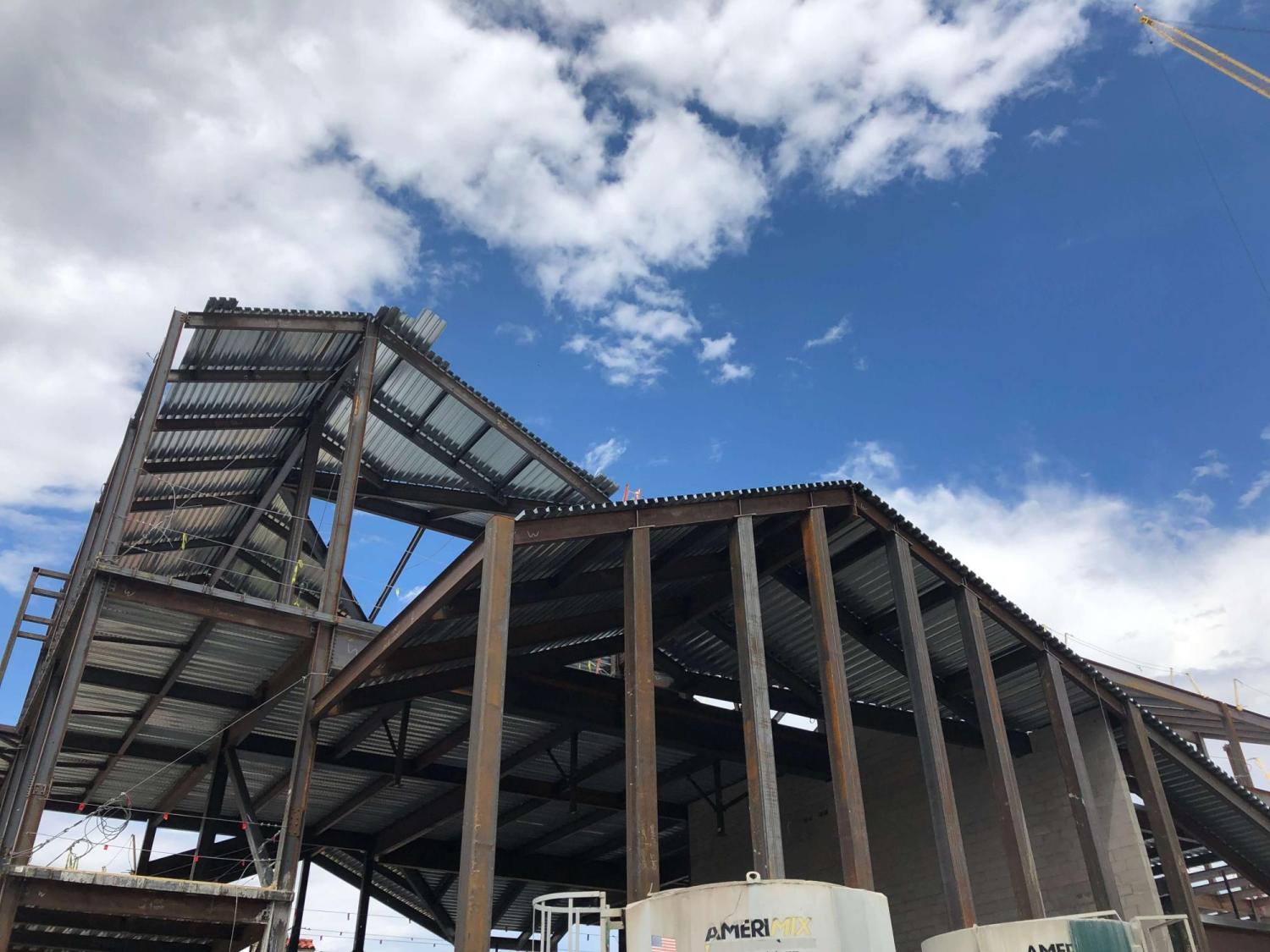 If you’ve been around campus this summer, you probably watched as the gaping hole that had appeared south of Imig Music Building in the spring slowly disappeared with the warmer weather.

That’s because as Music Buffs have been off performing in summer festivals or interning at opera companies and orchestras, an army of engineers, architects, carpenters and contractors has been working diligently through the heat of summer to make the College of Music expansion come to life.

Senior Associate Dean John Davis has been doing regular walkthroughs of the site along Wardenburg Drive since construction began in January. He says that although crews lost about two weeks due to snow during late spring, now that the ground level is finished, weather-related delays should be minimized going forward. As you can see from the photos below, first-floor beams are going up and outer walls will start to appear next—just in time for students and faculty to return to campus later this month.

Davis says the effort has been as heavy a metaphorical lift as the steel beams that make up the skeleton of the expansion. “It’s incredibly complex and vast. There are so many people involved: electrical, plumbing, OIT, the architects, the construction crews. They all have to be on the same page about everything.”

Through it all, the architecture firm that dreamed up the design, Pfeiffer Architects, has been working closely with every stakeholder to get things just right—including the CU Boulder campus architects at Facilities Management.

“The campus planners and architects are involved from the very beginning to make sure the design matches the rest of the campus,” Davis says.

That trademark CU style—sandstone brick, limestone trim and red clay roof tiles—has been around for about 100 years. In response to calls for a campus master plan, Philadelphia firm Day and Klauder proposed the unique architectural design in 1919 based on local resource availability and the stunning backdrop of the Flatirons. And the new wing of the College of Music will fall right in line with that plan.

“The great thing about having that CU connection is that the campus planners become our eyes and ears with Pfeiffer and Adolfson & Peterson Construction,” Davis says. “They’re really good at what they do. They made a point to truly understand us and our needs. I feel like they know our college as well as we do.”

The campus support, he adds, has been a hallmark of the project from its inception.

“Not only have they worked with us throughout on the new building, they also made space available for us while we’re displaced.” 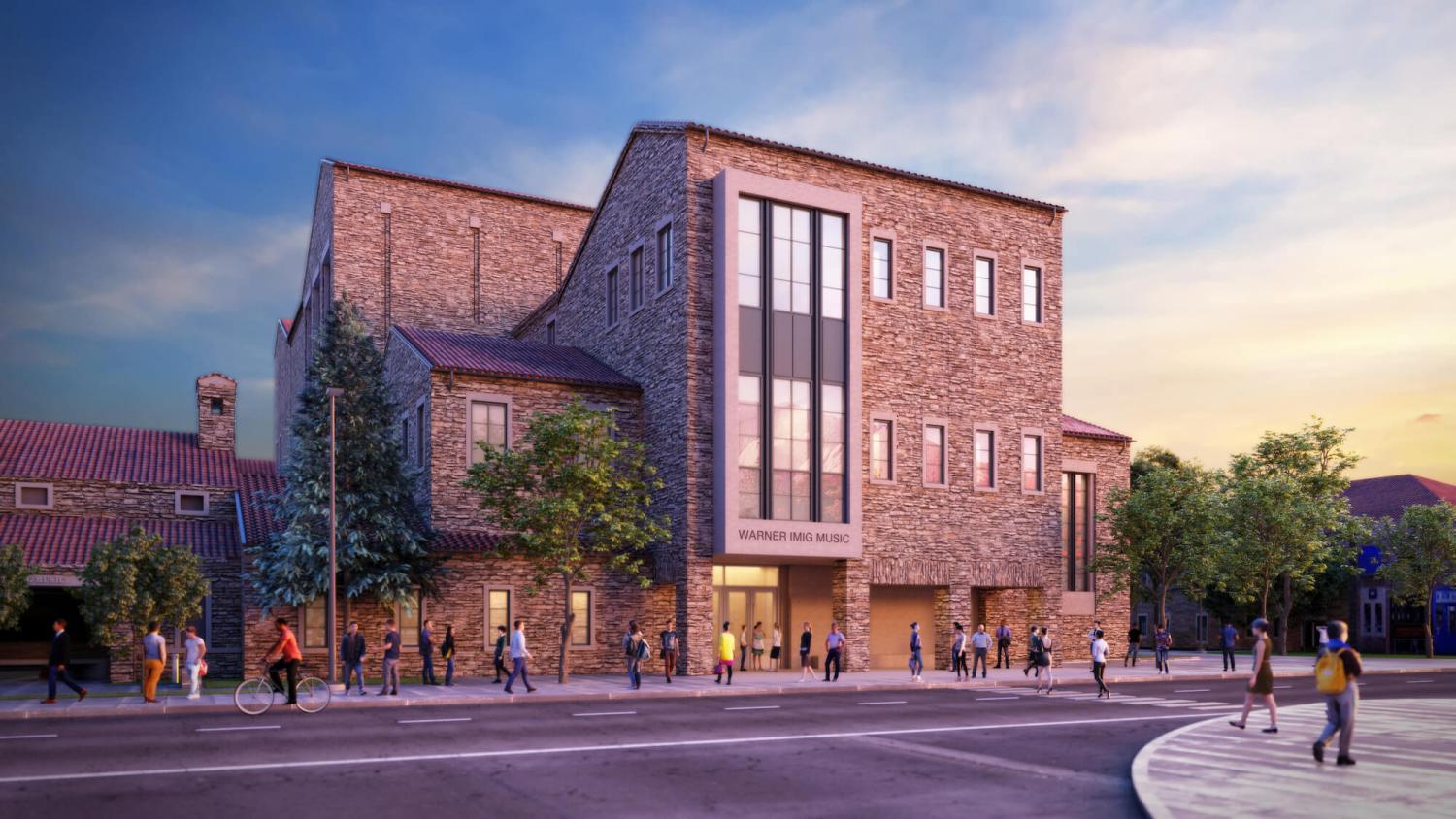 Davis says the grand new entryway to the building, in addition to being a fitting welcome to members of the college community, will be a fitting gateway to the CU Boulder campus as well.

“Patrons are going to feel like it’s a more special place. It’ll still have the history, but it’ll be much more welcoming and classy. It’ll inspire a lot of people.”

And most importantly, when the expansion opens a year from now, it will be a source of pride for all the musicians who will call it home over the College of Music’s second century.

“The facilities will be something we can be proud of, especially knowing that the campus and the community value what we’re doing.”

Get a bird’s eye view of the construction 24 hours a day and read more about the expansion and what’s coming to the College of Music at the Expanding Imig Music Building page. 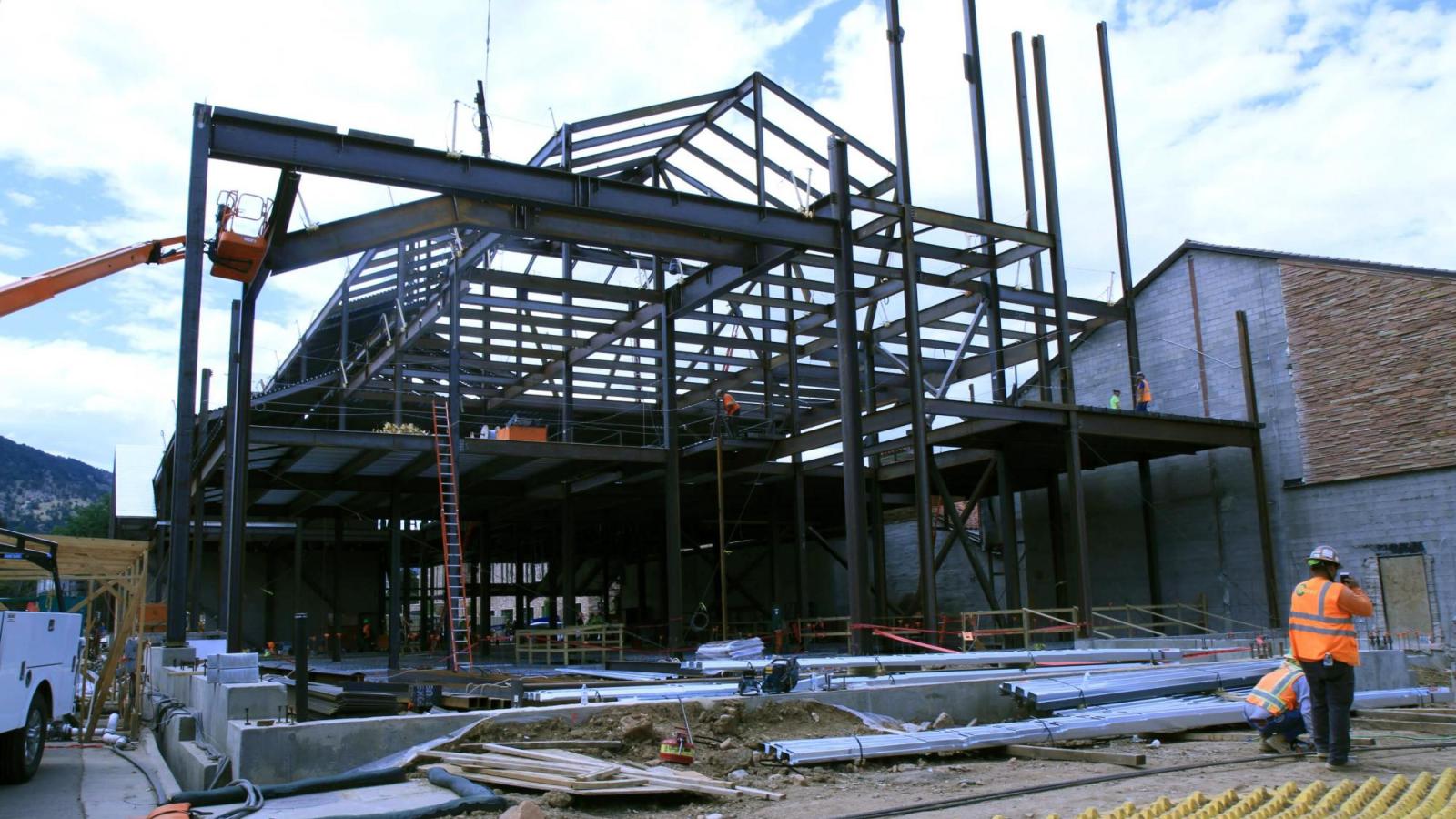 The view from behind Imig off Wardenburg Drive 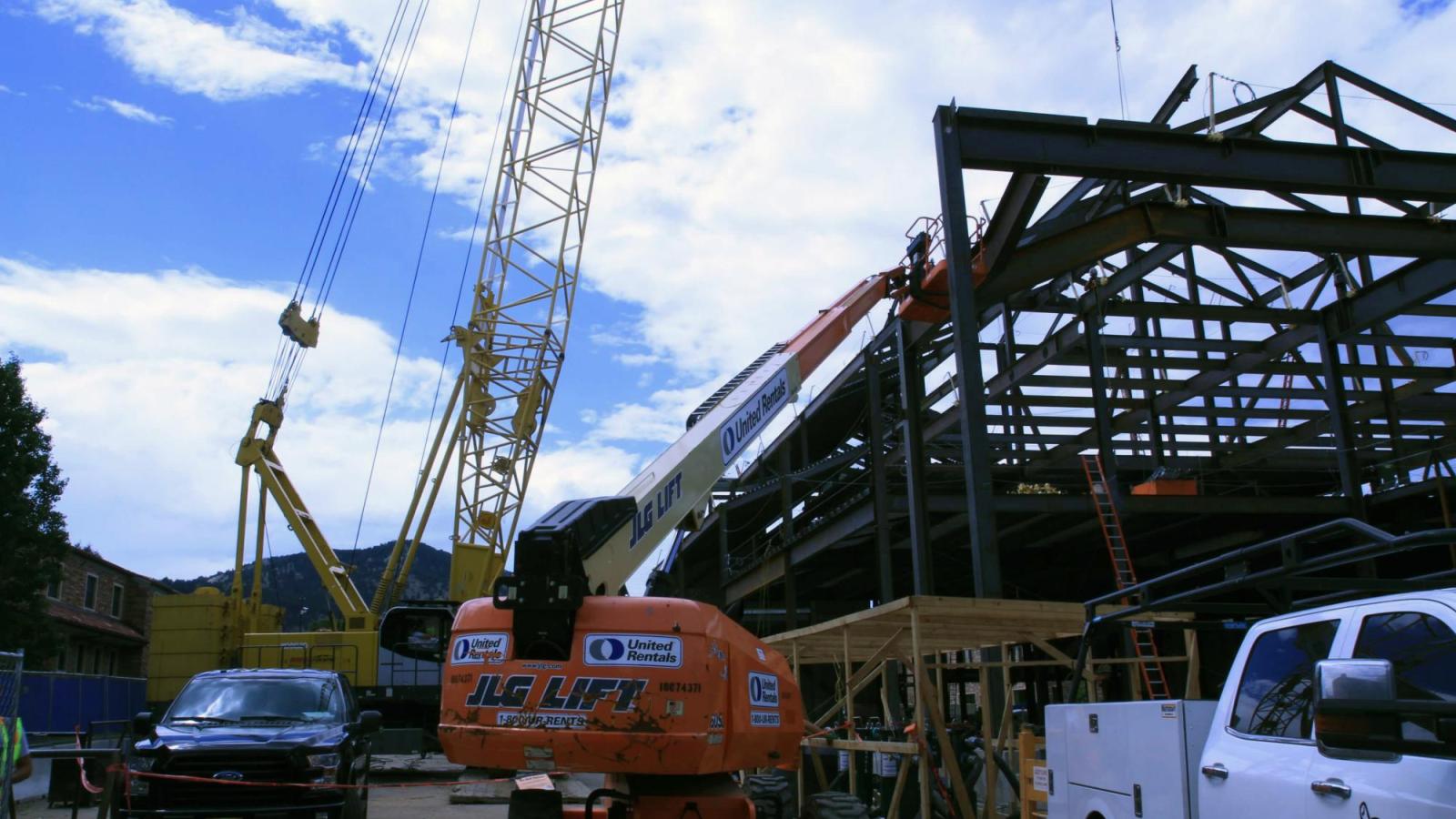 The view of the side of the addition from Wardenburg 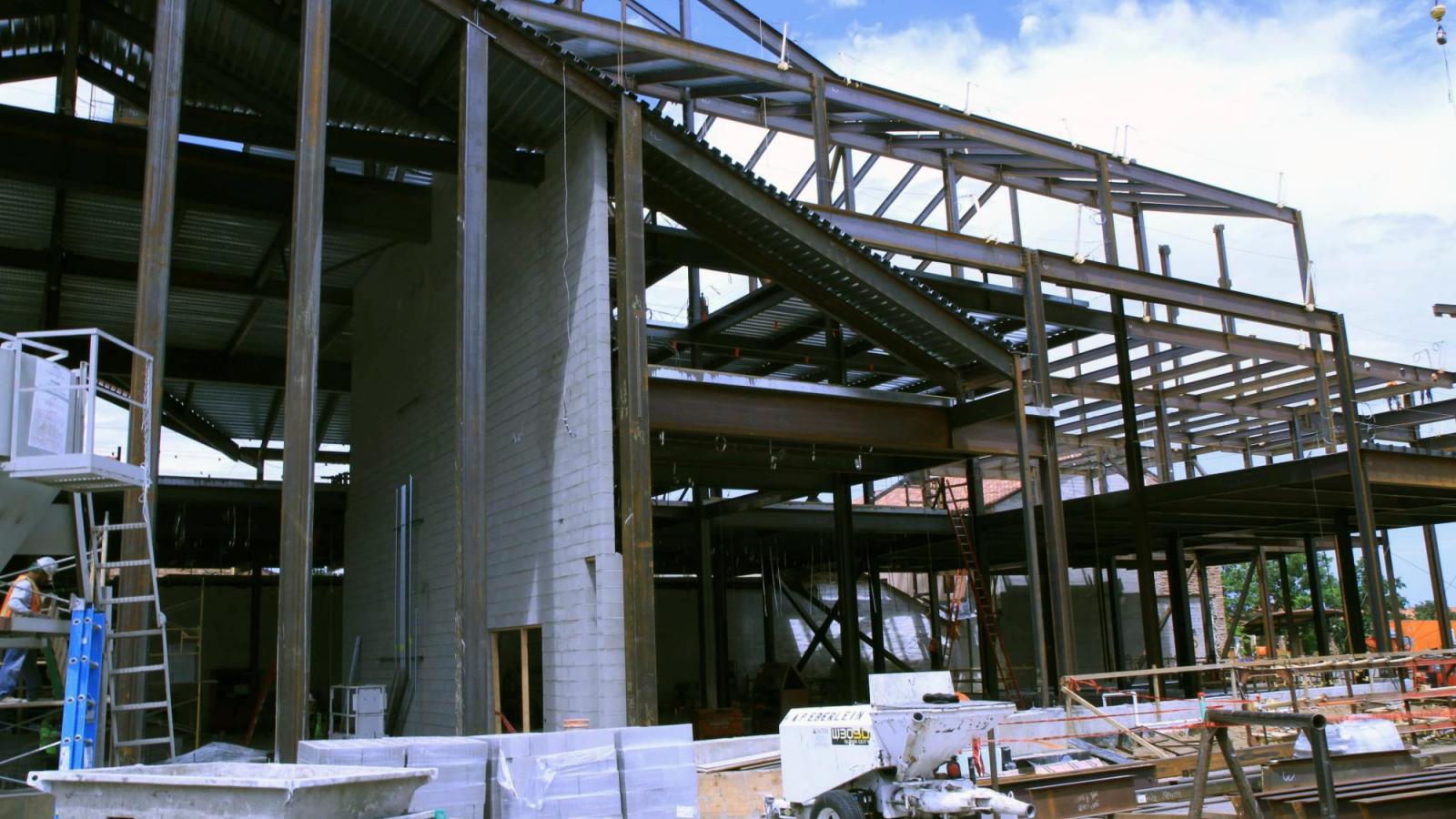 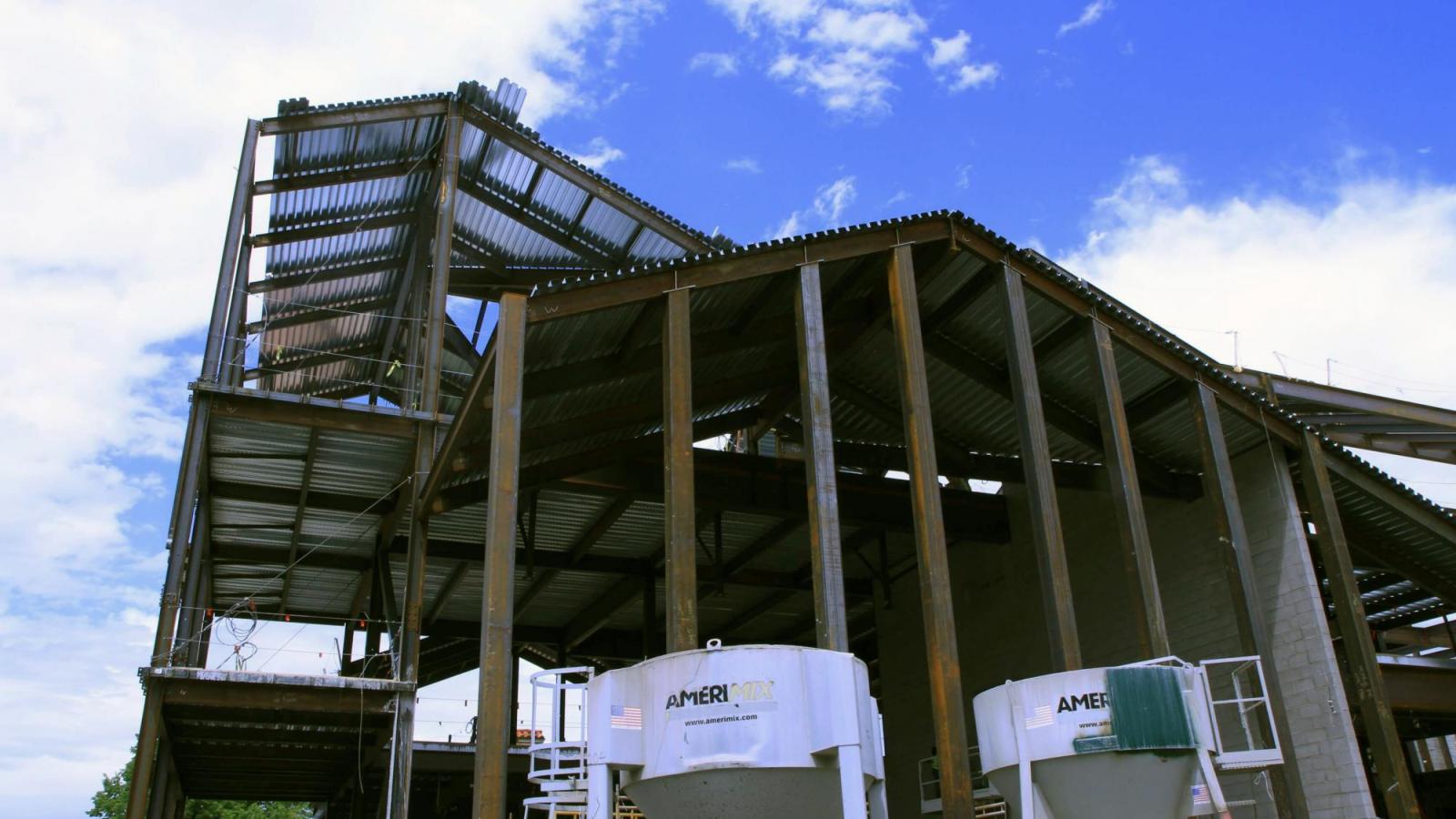 The front of the building looking up from 18th Street 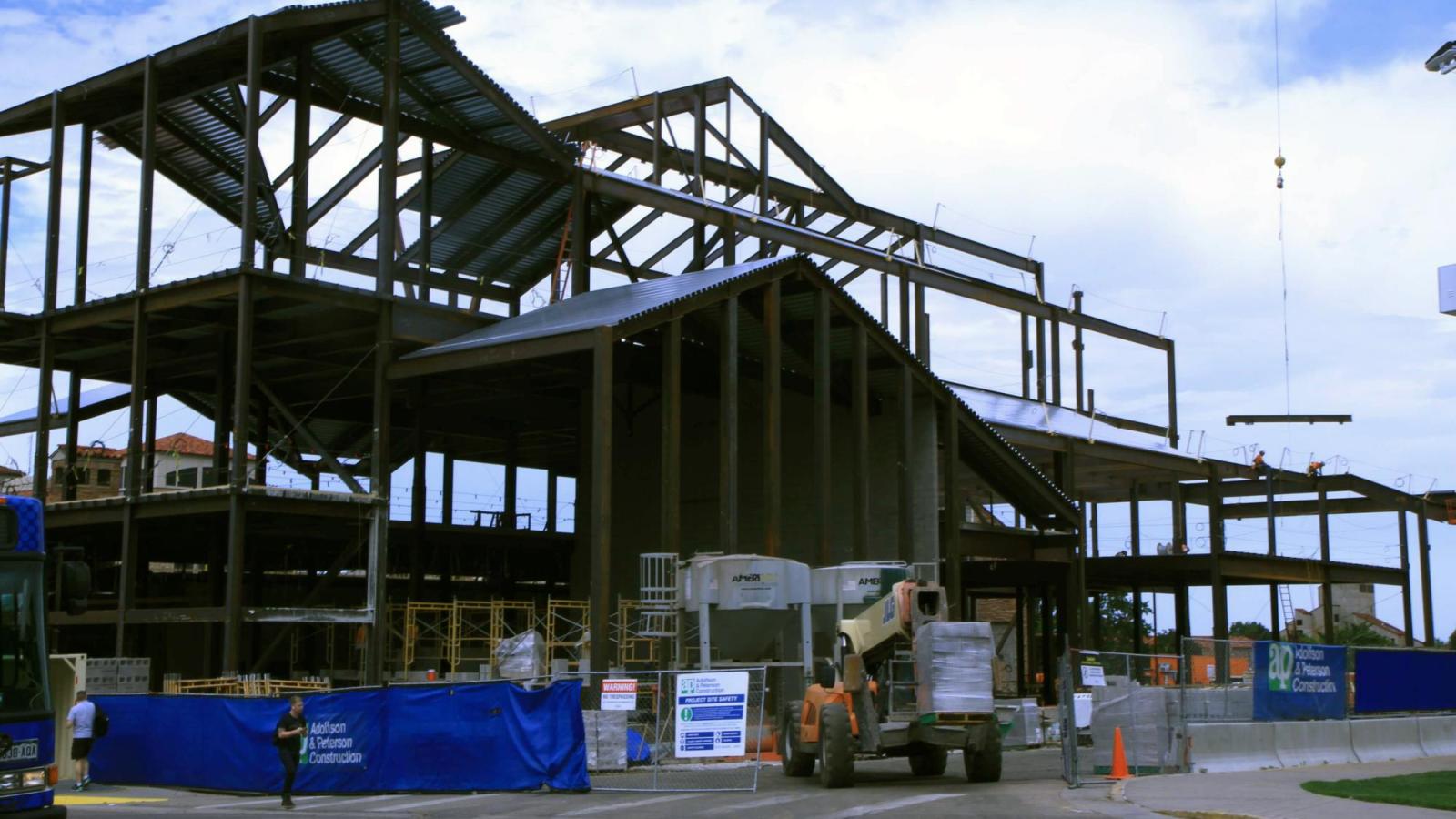 The future Chamber Hall from across the street
Tags:

Olivia Huizar Conner shares how her background inspires her to promote Diversity, Equity and Inclusion (DEI) in music. END_OF_DOCUMENT_TOKEN_TO_BE_REPLACED

Alumna Annie Booth shares how the College of Music continues to impact her career as an award-winning jazz pianist, band leader, composer/arranger and educator—and offers valuable career advice. END_OF_DOCUMENT_TOKEN_TO_BE_REPLACED
Return to the top of the page