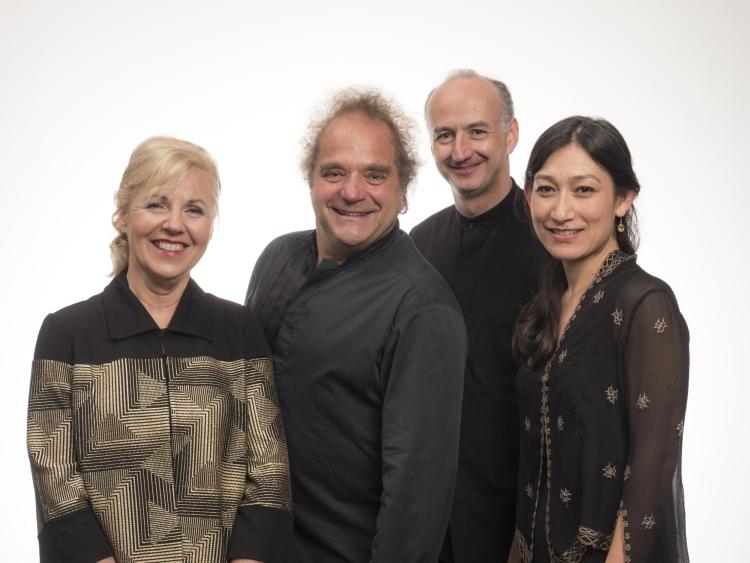 After a distinguished career spanning more than 40 years, founding second violinist of the Takács Quartet Károly Schranz will retire from the Grammy-winning chamber ensemble effective May 1, 2018. CU Boulder Assistant Professor of Violin Harumi Rhodes has been appointed the new second violinist.

“Károly brought extraordinary abilities to the group,” said the members of the quartet. “We were all inspired by his lively, characterful playing and imaginative approach to music.”

The other members of the quartet are Edward Dusinberre, first violin; Geraldine  Walther, viola, and András Fejér, cello.

“Individually, I have learned a huge amount from Károly and will always be profoundly grateful for the support he gave me after I joined the quartet,” Dusinberre said. 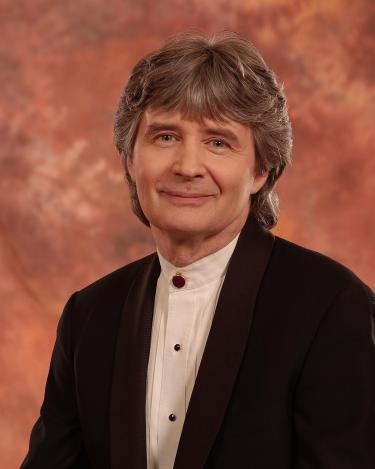 Schranz came to Boulder in 1986 when he and the other original members of the quartet, Gábor Takács Nagy, Gábor Ormai and Fejér, became artists-in-residence at the College of Music. In addition to a prolific international performance career, the group has developed a deep connection with the College of Music and the Boulder community, performing in a regularly sold-out concert series and helping guide future musicians through the college’s Graduate Quartet Program.

“How proud we are to be able to call the members of the Takács Quartet colleagues and friends,” said CU College of Music Dean Robert Shay. “They’ve contributed in so many ways beyond their highly popular concert series, steadily guiding students toward bigger and better things.”

Schranz has received awards from the Hungarian Government of the Knight's Cross and the Commander's Cross of the Order of Merit of the Republic of Hungary. As a member of the Takács Quartet, he was awarded one Grammy and four nominations, several Gramophone Awards, as well as other awards of excellence. In 2012, the ensemble became the first associate artists of the Wigmore Hall, receiving the Wigmore’s prestigious Gold Medal in 2014.

Schranz plans to continue an active career as a chamber musician and teacher.

The members of the Takács Quartet are delighted to welcome Harumi Rhodes as their new second violinist. 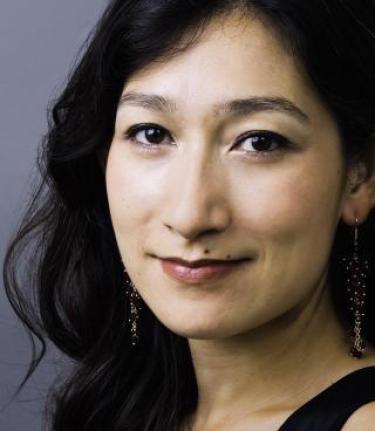 “We are thrilled that Harumi has accepted our invitation to join the quartet,” the members of the quartet said. “She is a wonderfully versatile violinist and chamber musician, and we greatly look forward to working with her.”

As colleagues at the University of Colorado, the members of the Takács have had many opportunities to play with Rhodes in different combinations. In the summer of 2016, she performed with the quartet at the Ravinia Festival and for Austin Chamber Music.

“Immersing myself in a life of string quartet playing is a dream come true,” Rhodes said. “I have been a fan of the Takács Quartet for as long as I can remember. It is with great excitement that I join Ed, Geri, and András in taking the quartet’s vision into the future.”

Rhodes has been at the College of Music since 2015. Before that, she served as head of strings and chamber music at Syracuse University and assistant violin faculty at the Juilliard School. An avid supporter of contemporary music, Rhodes has been actively involved in commissioning and premiering new works.

“It's a significant testament to the strength of our faculty that the quartet looked to one of our own in seeking Károly's replacement,” Shay said. “Harumi has displayed such tremendous talent and thoughtfulness in her solo and chamber performances, while establishing herself as a profoundly committed teacher.”

Rhodes will join the quartet for the second half of its Boulder concerts on April 29 and 30, performing Pytor Ilych Tchaikovsky’s “Souvenir de Florence” with CU Boulder colleagues Erika Eckert and David Requiro. She will be fulfilling all of the quartet’s engagements from then onwards.

For ticket information and to see a full listing of upcoming Takács Quartet concerts at the College of Music, visit cupresents.org.

Olivia Huizar Conner shares how her background inspires her to promote Diversity, Equity and Inclusion (DEI) in music. END_OF_DOCUMENT_TOKEN_TO_BE_REPLACED

Alumna Annie Booth shares how the College of Music continues to impact her career as an award-winning jazz pianist, band leader, composer/arranger and educator—and offers valuable career advice. END_OF_DOCUMENT_TOKEN_TO_BE_REPLACED
Return to the top of the page