The world-renowned Takács Quartet—based in Boulder at the University of Colorado (Christoffersen Faculty Fellows)—is now entering its 48th season. Edward Dusinberre, Harumi Rhodes (violins), Richard O’Neill (viola) and András Fejér (cello) are excited about the 2022-2023 season that begins with a tour of Hong Kong, Japan and South Korea, and includes the release of two new CDs for Hyperion Records. A disc of Haydn’s opp. 42, 77 and 103 is followed by the first recording of an extraordinary new work written for the Takács by Stephen Hough, “Les Six Rencontres,” presented with quartets by Ravel and Dutilleux. As Associate Artists at London’s Wigmore Hall, the Takács will perform four concerts there. In addition to programs featuring Beethoven, Schubert and Fanny Mendelssohn Hensel, one concert consists of works by Britten, Bartók and Dvořák that highlight the same themes of displacement and return explored in Edward Dusinberre’s new book “Distant Melodies: Music in Search of Home” (Faber and the University of Chicago Press). The quartet will perform the same program at several venues across the United States, complemented by book talks. During this season the quartet will continue its fruitful partnership with pianist Jeremy Denk, performing on several North American series.

Throughout 2022 and 2023, the ensemble will play at prestigious European venues including the Edinburgh and Schwetzingen Festivals, Madrid’s Auditorio de Música, Bilbao’s Philharmonic Society, Amsterdam’s Concertgebouw and the Bath Mozartfest. The group’s North American engagements include concerts in New York, Toronto, Vancouver, Philadelphia, Ann Arbor, Berkeley, Los Angeles, Pittsburgh, Seattle, Tucson, Portland and the Beethoven Center at San Jose State University. In 2014, the Takács became the first string quartet to be awarded the Wigmore Hall Medal. In 2012, Gramophone announced that the Takács was the first string quartet to be inducted into its Hall of Fame. The ensemble also won the 2011 Award for Chamber Music and Song presented by the Royal Philharmonic Society in London. Learn more 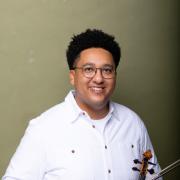 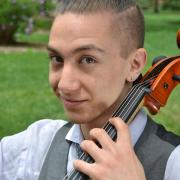 END_OF_DOCUMENT_TOKEN_TO_BE_REPLACED
Return to the top of the page