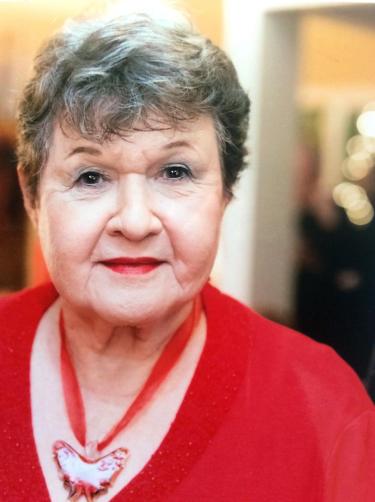 Ethnomusicologist Charlotte Heth speaks at the College of Music’s first Distinguished Lectureship on Music, Diversity and Inclusion on Feb. 28.

On Feb. 28, the College of Music kicks off its annual Distinguished Lectureship on Music, Diversity and Inclusion with a free lecture by Native American ethnomusicologist Charlotte Heth. Titled “Too Many Words—Not Enough Music,” the lecture will celebrate music that promotes diversity through artistry.

“It’s always timely to learn and deepen our respect for varying values and cultural traditions,” said Heth, professor emerita at the University of California, Los Angeles. “Perhaps especially true today, it takes courage to be tolerant, and to avoid making judgments about society—or about aspects of our society.”

Indeed, in an arguably “post-fact” world, Heth looks to the musics of the world—American Indian Music, in particular—as a means to make sense of and appreciate distinct and divergent cultures and associated societies.

“There are so many words flying around today,” Heth continued. “There’s so much judgment, anger and hate. But when we go beyond words and focus instead on the emotional aspects of music—beyond music theory—we recognize the important role it plays in all our lives, and how it can empower, heal and unify us.”

Specifically, Heth’s talk will center predominantly on the influence of music and dance on American Indian lives. “It’s all about bringing people together,” she said. “Beyond words and political statements and actions, making music together—whether you’re in a church choir or a marching band—does that. And when people come together and get to know other people from other cultures, we move past differences in culture and language toward greater understanding and respect.”

A citizen of the Cherokee Nation of Oklahoma, Heth’s early research focused on Oklahoma Cherokee music and that of surrounding tribal groups. From there, her published, widely respected research and applied work expanded to include musical instruments, dance, education and related American Indian topics.

Heth joined the Peace Corps in 1962, teaching English and organizing a music club in Ethiopia. Upon her return, she taught in Los Angeles County public schools and earned her doctorate, followed by professional appointments at Cornell University and UCLA.

“Too often, music gets reduced to a formula, rather than a powerful means to connect and communicate,” she said. “I’ve been through segregation and discrimination in this country, and I was a white minority in Ethiopia. I’ve seen what we lose when we label groups of people, rather than protect the worth and dignity of every individual.

“If we can somehow recognize the individual through music, we elevate that person and we change perceptions.”

Assistant Professor of Composition Annika Socolofsky blends the realms of art and science through the Instrument Design Lab (IDL). The course offers a science-based context to instrumentation, sound and musical creation, giving College of Music students a foundation in the science of music. END_OF_DOCUMENT_TOKEN_TO_BE_REPLACED

It was a busy fall for the American Music Research Center (AMRC)! One of the... END_OF_DOCUMENT_TOKEN_TO_BE_REPLACED

Friends, My heart is heavy. Associate Professor of Violin Charles (Chas) Wetherbee passed away on... END_OF_DOCUMENT_TOKEN_TO_BE_REPLACED
Return to the top of the page