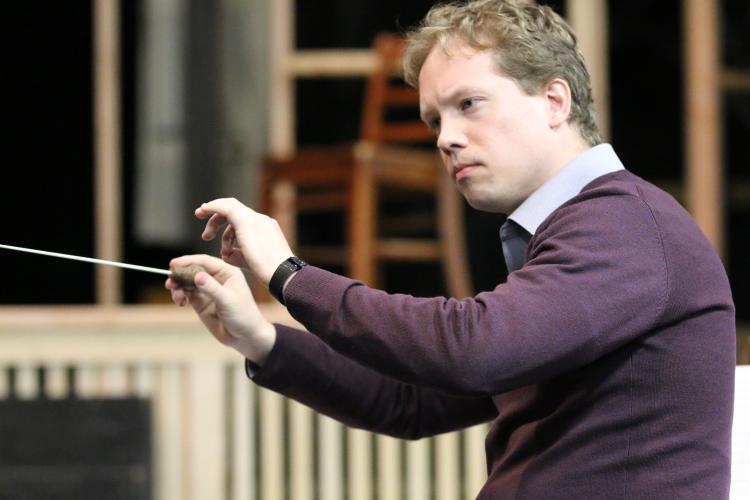 When the University of Colorado's Eklund Opera Program ends its season this weekend with Aaron Copland's "The Tender Land,"audiences will also witness the close of a notable and distinguished graduate student career.

Conducting student Joshua Horsch, who is completing his doctorate, has been a prominent presence during his studies with CU orchestra director Gary Lewis and Eklund music director Nicholas Carthy. The Ithaca College and Penn State alum directed matinee performances of "The Pirates of Penzance" and "La Cenerentola" and has been assistant conductor and chorus master for the program since 2013. He was pianist and music director for the 2014 Stephen Sondheim revue, conducted two workshops at the CU NOW new opera program in the summer, and served as co-director of the Campus Orchestra.

He also led Alban Berg's notoriously challenging "Kammerkonzert" ("Chamber Concerto"). His recognition beyond CU, including positions of prominence with Fort Worth Opera and Opera Saratoga, is considerable.

After his heavy involvement with last April's "Coronation of Poppea," Carthy hands the reins of "The Tender Land," to Horsch as a sort of final exam.

Copland's 1954 score was not a big success at its premiere, but has since earned recognition and respect. The famous chorus "The Promise of Living," which closes Act I, is often performed on its own. "There really is a lot of hidden depth," Holman said. "It seems like a light story, but I don't think it is."

The work will be performed as Eklund's annual April chamber opera. In the small pit at the Imig Music Theater, Horsch will conduct the reduced orchestration prepared by Murry Sidlin in 1987, three years before Copland's death, and approved by the composer. According to Horsch, this chamber version solves several problems from the premiere.

"For this intimate portrait of family life, the original orchestration was kind of overbearing," Horsch said. "The reduction actually provides a lot of clarity."

Copland's original scoring for both strings and winds is scaled back, and the piano picks up some of the musical lines. Horsch and Holman both said that the music is an easy sell for audiences.

"It has great lyricism, beautiful vocal writing and rhythmic variety," Horsch said. "The harmony is typical of Copland's sound — it's the sound of American music, painting a picture of American life."

Holman said a party scene that opens the second act will be a real barnburner.

"It's like a giant square dance," she said. Choreographed by Stephen Bertles, it depicts a graduation celebration.

Holman compared the scene, and the opera, to "Oklahoma," the Rodgers and Hammerstein musical, which actually predates "The Tender Land."

"I think there might be some influence," Holman said.

Two of Copland's folksong arrangements from his "Old American Songs" collection are inserted into the score. While there will be an intermission, the opera, at about 100 minutes, is short.

There are about six principal roles, all of which are double cast except for Grandpa Moss, which will be taken in all four performances by veteran bass-baritone Luke Williams. Horsch has been heavily involved in the vocal coaching as well as preparing the instrumental ensemble.

"The voice faculty was fully behind Josh taking the reins of a full opera on his own," Holman said. "I really love working with him, and he has a bright future."

"The Tender Land" opens Thursday and closes with a matinee on April 24. It will be sung in English with projected titles.

All performances take place in the Music Theater
Ticket information at cupresents.org

This article originally appeared in the Daily Camera. Read the article. 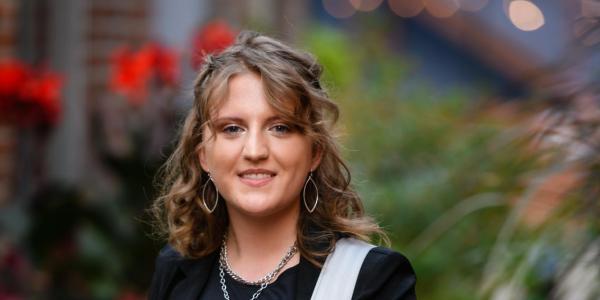 Discovering and playing the music of composers who have been historically marginalized is a wonderful educational experience for all students, regardless of gender or ethnicity, says Professor of Piano Pedagogy Alejandro Cremaschi. END_OF_DOCUMENT_TOKEN_TO_BE_REPLACED
Return to the top of the page